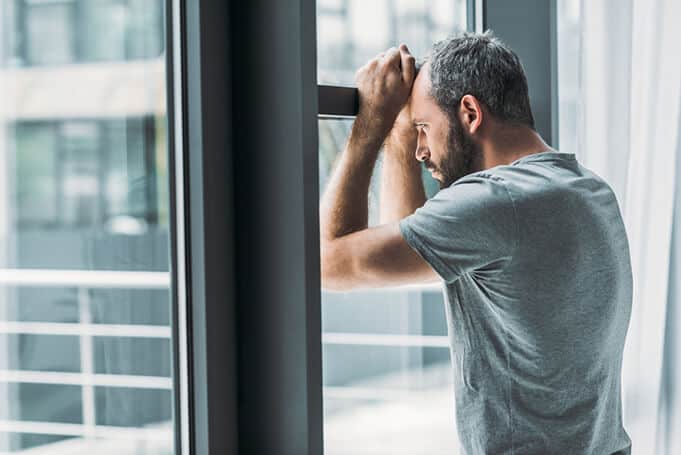 A mental illness is a medical disease that alters a person’s thoughts, emotions, or behavior (or all three), causing suffering and difficulties functioning. Mental illness, like many diseases, can be severe in some cases and minor in others.

Individuals suffering from a mental illness may not appear unwell, especially if their disease is minor. Other people may exhibit more obvious symptoms such as disorientation, agitation, or withdrawal.

Researchers have discovered why patients suffering from mental health illnesses, such as anorexia and panic disorders, perceive bodily signals differently.

The University of Cambridge researchers discovered that the region of the brain that interprets physical signals from the body operates differently in persons with a variety of mental health issues, indicating that it might be a target for future therapies.

The researchers looked at interoception, or the capacity to perceive interior circumstances in the body, and if there were any common brain abnormalities in persons with mental health issues during this process. They discovered that the dorsal mid-insula, a region of the brain, displayed distinct activity during interoception across a variety of illnesses, including depression, schizophrenia, eating disorders, and anxiety disorders.

Many patients with mental health illnesses have various physical symptoms, such as feeling uncomfortably full in anorexia or that they don’t have enough breath in panic disorder.

The findings, published in The American Journal of Psychiatry, suggest that activity in the dorsal mid-insula may be responsible for these disparities in physiological experience interpretations in mental health. Increased understanding of how people feel physical symptoms may also be beneficial to those treating mental health issues.

To navigate daily life, they all rely on exteroception, which includes sight, smell, hearing, taste, and touch. However, interoception, or the capacity to understand information from our bodies, is as crucial for survival, even if it occurs subconsciously.

Interoception is something that everyone does all the time, even if they aren’t aware of it, according to main author Dr. Nord, MRC Cognition & Brain Sciences Unit. For example, most of them can recognize signs of low blood sugar, such as fatigue or irritation, and realize that they need to eat something. However, their brains interpret these signals in different ways.

Theoretical models imply that disturbed cortical processing is responsible for these alterations in interoceptive processing, making people vulnerable to a variety of mental health symptoms.

Nord and her colleagues investigated variations in brain activity during interoception between 626 patients with mental health problems and 610 healthy controls using brain imaging data from prior investigations. They wanted to see if there was something comparable going on in the brains of patients with various mental illnesses, regardless of their diagnosis, she explained.

When compared to the control group, individuals with bipolar disorder, anxiety, major depression, anorexia, and schizophrenia had altered brain activity in the dorsal mid-insula when processing pain, hunger, and other interoceptive cues.

The researchers then conducted a follow-up study and discovered that the dorsal mid-insula did not overlap with brain areas changed by antidepressant medications or psychological treatment, indicating that it may be explored as a potential target for future therapies to address variations in interoception.

Nord found it interesting that, despite the variety of psychological symptoms, there appears to be a unifying element in how physical signals are interpreted differently by the brain in mental health illnesses. It demonstrates how linked physical and mental health is, but also the limits of the diagnostic system; certain significant mental health characteristics may be transdiagnostic, that is, prevalent across multiple illnesses.

In the future, Dr. Nord intends to research to see if novel therapies for mental health issues, such as brain stimulation, might modify this aberrant activation.