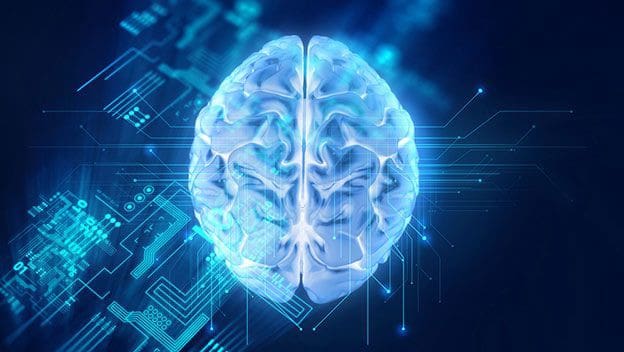 A home health nurse may effectively maintain people getting deep brain stimulation, or DBS, for the treatment of Parkinson’s disease at home in the months following surgical implantation, according to new research published today. The findings come at a time when new techniques of providing care to patients have greatly grown as a result of the COVID-19 pandemic.

The clinical trial at the University of Florida, funded by the National Institutes of Health’s National Institute of Nursing Research, demonstrates a proof of concept that could help make DBS therapy more accessible to people who are unable to travel to academic health centers or large cities where the treatment is typically available.

From 2017 to 2020, the research team evaluated 44 Parkinson’s disease patients who were randomly assigned to one of two groups: those who were managed at home by a home health nurse who had no prior DBS experience and used an iPad app to select DBS settings for each patient, and those who went to the clinic for postoperative programming. The researchers observed no study-related side effects and no significant difference in how effectively DBS worked to relieve symptoms such as tremor, stiffness, and balance issues between the two groups.

According to co-principal investigator Christopher Butson, Ph.D., a biomedical engineer formerly of the University of Utah who recently joined the UF faculty to direct a new neurotechnology laboratory at the Norman Fixel Institute for Neurological Diseases at UF Health, the findings pave the way for a new care model for people with Parkinson’s who receive DBS surgery.

Butson explained that the clinical experiment stopped just as COVID was taking off. The pandemic prompted extraordinary growth in telemedicine, emphasizing the need for novel methods to patient care, like the one explored in this study.

DBS is a well-established treatment for certain patients with Parkinson’s disease that involves surgery to implant thin electrical wires into specific brain areas and then connecting the wires to a pacemaker-like generator implanted under the skin of the upper chest to deliver beneficial stimulation to malfunctioning brain circuitry.

Many of these modern, complicated treatments, according to Butson, are primarily available at university institutions or in major cities. That’s OK for individuals who live nearby, but in the United States, there are large rural areas where managing therapy this way might be a significant strain on both the patient and the caregiver. They wanted to test whether they might free themselves of that weight.

Butson and his colleagues accomplished this by developing an expert system for use on an iPad that gives visual advice on how to configure DBS devices. Unlike a pharmaceutical prescription, DBS does not have a standard dose; rather, the stimulation settings are tailored to each individual to offer the maximum therapeutic benefit with the fewest adverse effects.

The researchers purposefully picked a home health nurse with no prior expertise with DBS and taught her how to operate the device. The nurse had an interactive digital model of the patient’s brain, and she could watch the response on the screen as she adjusted settings.

It enables the nurse to select settings that direct the DBS to the regions of the brain that are most likely to give therapeutic effect, according to Butson.

People with Parkinson’s disease who got postoperative programming in a clinic saw a physician or nurse who changed the DBS settings, monitored the patient, and used testing to optimize therapy.

The anaysis team evaluated the safety and effectiveness of both care approaches throughout a six-month trial period. The at-home Parkinson’s group got in-person visits as well as phone calls from the home health nurse, and they were advised that they may contact the nurse or physicians at any time.

According to co-principal investigator Michael S. Okun, M.D., head of neurology at UF and executive director of the Fixel Institute, they discovered that this novel DBS care paradigm is practical, safe, and effective. The nurses outperformed the specialists in the sector. This will shift the paradigm for device distribution and make DBS more accessible to everyone.