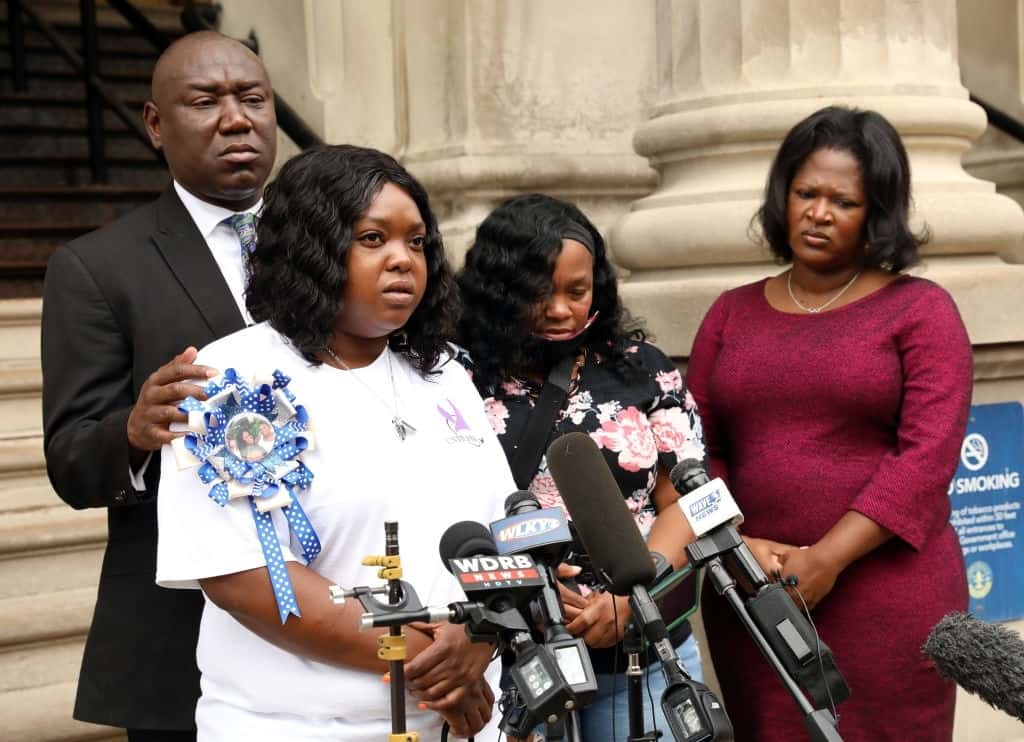 On Tuesday, a $12 million settlement was announced by Mayor Greg Fischer with Breonna Taylor’s family. This Black woman was fatally shot in her apartment by police six months ago. The settlement was the largest settlement ever paid by the police of Louisville.

Apart from that, the deal also included a few changes in the approval process as well as the execution of search warrants. Also, changes are made in hiring a team of social workers for accompanying police officers, and they also commit to pursuing increased alcohol and drug testing of police officers involved in any shooting. On Tuesday morning, the settlement was first reported. The Louisville Courier-Journal wrote it of the USA TODAY Network. The payment was announced by 2 p.m. in a news conference from Fischer’s office. The meeting was attended by attorneys Sam Aguiar, Ben Crump¸ and Lonita Baker, along with Taylor’s family.

Fischer said “As part of the settlement, there was no wrongdoing, and the city did not acknowledge any such things.” Baker said The police changes secured as part of the settlement were meant to “Engage all the police officers inside the community not only in cases when they are dispatched.” An attorney of Taylor family, Aguiar said, “The case was handled slowly by the city, and it was highly frustrating. But, there is a turning point. I hope it was ready, and there was a willingness to discuss the significant policy reforms.”

Here is a list of changes or reforms to the police department:

Jefferson County grand jury will hear the same criminal case this week as the large settlement in the civil suit was brought by Breonna Taylor’s family. Kentucky Attorney General Daniel Cameron spearheads the criminal investigation. The member of activist group Until Freedom, Tamika Mallory, also pressured city as well as state officials through Tuesday’s news conference. She pressured for the arrest of officers present at the scene when Taylor was killed in her apartment.

Now, the grand jury should decide whether there must be criminal charges against those three officers who were involved in her death during a search for drugs in her apartment on March 13. They were also searching for evidence and cash in her apartment that went awry in Louisville. Louisville Metro Police officers on March 13 broke down Taylor’s apartment door, and she was shot and killed in the same incident. They were serving a signed no-knock search warrant, and it was related to a narcotics investigation that was centered at least 10 miles away from her place.

But, as per police, they announced their presence by knocking the door. But, as per Kenneth Walker, Taylor’s boyfriend, both of them didn’t have an idea about who was pounding on their door. When police officers battered inside the door, Walker fired at them. Later, he called it a warning shot, but as per police, it struck Sgt. Jonathan Mattingly at his thigh. The detectives Myles Cosgrove and Brett Hankison, along with Sgt. Jonathan Mattingly returned fire. By then, Taylor was hit five times, and she was killed in her hallway. Among the three officers, Sgt. Jonathan Mattingly and Cosgrove now remain on administrative reassignment, but Hankisonis fired.

There was a suit filed on April 27, and it named the three officers as defendants. Meantime it alleges about Taylor’s life was taken wrongfully since police were using excessive force, and they neglected to search. Two months later, there was an amended complaint filed, and it claims that Taylor’s death occurred when police were struggling to clear out the block for gentrification. It also claims that place-based investigation was newly formed and it includes ‘rouge police’ and they violated ‘entire policy, policing standards, and protocol.” But, city officials denied such accusations about gentrification played for any role in a narcotics investigation.

When Baker and Aguiar joined by Florida-based Crump, the case was picked by media coverage and steam in May. They represent Black Americans shot and killed in controversial shootings, and that includes Tamir Rice, Mike Brown, and Trayvon Martin. Aguiar said, “LMPD was trying to sweep the case under the rug. But, now, the family has a highly understandable desire, and they want to know the complete circumstance of what happened on that night.” Breonna Taylor’s family later alleged in that suit that ‘the search warrant at Taylor’s apartment was targeted for Jamarcus Glover.’ He was a convicted drug dealer, and police spotted him in a drug house, which was 10 miles from Taylor’s apartment. This was before the search warrant served for Taylor’s residence, and she was shot dead.

Even though the search warrant listed Taylor’s address and name, the investigation for narcotics was majorly centered on Jamarcus Glover and other co-defendants. The investigation was centered on alleged trafficking on Elliott Avenue that occurred in Louisville’s Russell neighborhood. Now there is a $12 million settlement announced by Mayor Greg Fischer with her family.