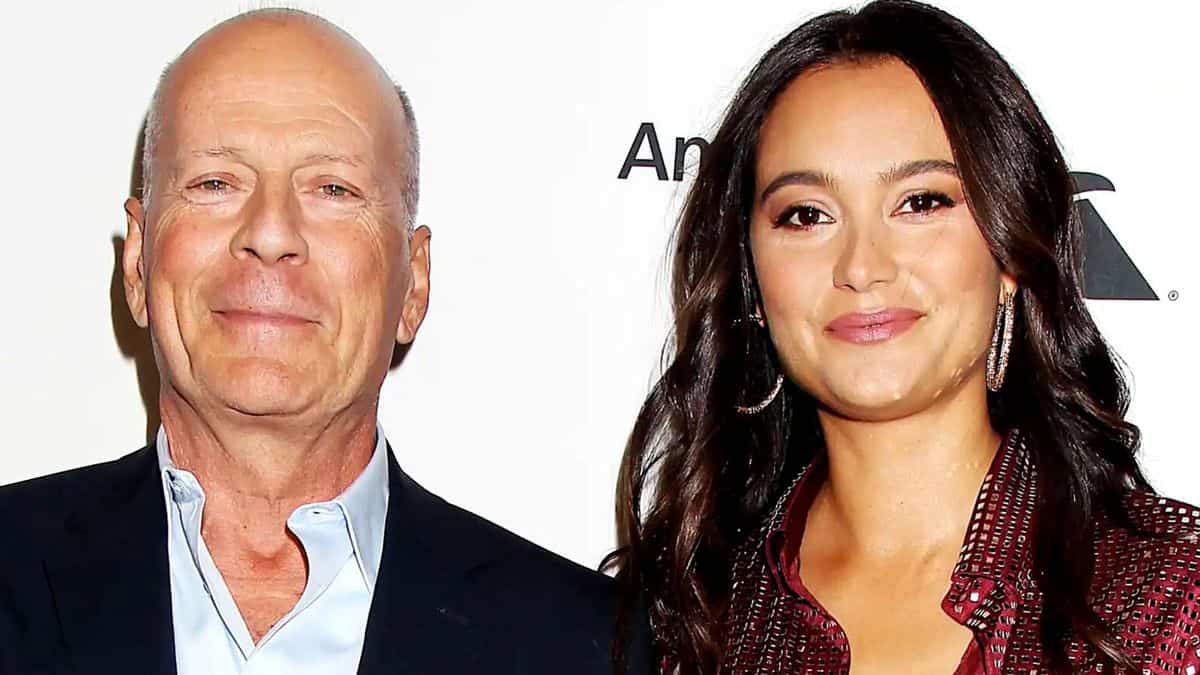 On June 23 in Los Angeles, the 67-year-old actor Bruce Willis was seen with his wife Emma Heming Willis as they conducted errands.

Emma wore jeans, a blue-and-white top, and flats, while Bruce—whose aphasia diagnosis was made public in March—wore a green baseball cap, a short-sleeved button-down shirt, and trousers.

The outing happened just after Emma posted a loving tribute to her husband on Instagram.

She uploaded a video of Bruce Willis performing with The Temptations on June 13 and included the following caption: “Don’t let fear hold you back is my life’s philosophy. Why? I am continually stopped because of fear. Another reason I married my husband is that he has never been deterred by fear.”

With the caption “I see you BeeDub,” Emma shared a video of Bruce playing basketball with some pals on May 23. Bruce is seen in the video receiving a bounce pass and converting a layup on a backyard hoop.

Emma has been candid about the challenges and struggles of being a caregiver ever since her husband Bruce Willis’s diagnosis. Emma, who has daughters Mabel Willis, 10, and Evelyn Willis, 8, with Bruce, stated in a May interview with The Bump that putting her family before herself had a negative impact on her wellbeing.

Emma added, that she had already found that that does not make her any type of hero. She puts her family’s needs before her own. Her emotional and physical health had suffered as a result of providing care for everyone else in my home, and no one in my family benefited from it.

After being diagnosed with aphasia, a language illness that can affect one’s capacity for understanding, speaking, reading, and writing, Bruce decided to take a break from acting.

Bruce’s ex-wife Demi Moore and their children Rumer Willis, 33, Scout Willis, 30, and Tallulah Willis, 28, as well as Emma and their girls, made the announcement.

The family released a statement saying, “This is a tremendously difficult moment for our family and we are so appreciative of your continuous love, compassion, and support.” We are dealing with this as a strong family unit, and we wanted to include his fans since we are aware of how important they are to both of you.

Let’s Look At Bruce Will’s Past And Achievements:

American actor Walter Bruce Willis, born on March 19, 1955, is now retired. In the 1970s, he started his career on an off-Broadway stage. He rose to stardom with a starring role in the comedy-drama series Moonlighting (1985–1989), and he went on to appear in more than a hundred movies.

His portrayal of John McClane in the Die Hard franchise (1988–2013), among other roles, helped him establish himself as a well-known action star.

Willis starred in numerous low-budget direct-to-video movies that were poorly received in the later years of his career. After receiving a diagnosis of aphasia, a disorder that impairs verbal cognition, Willis’ family made the announcement that he was retiring in March 2022.