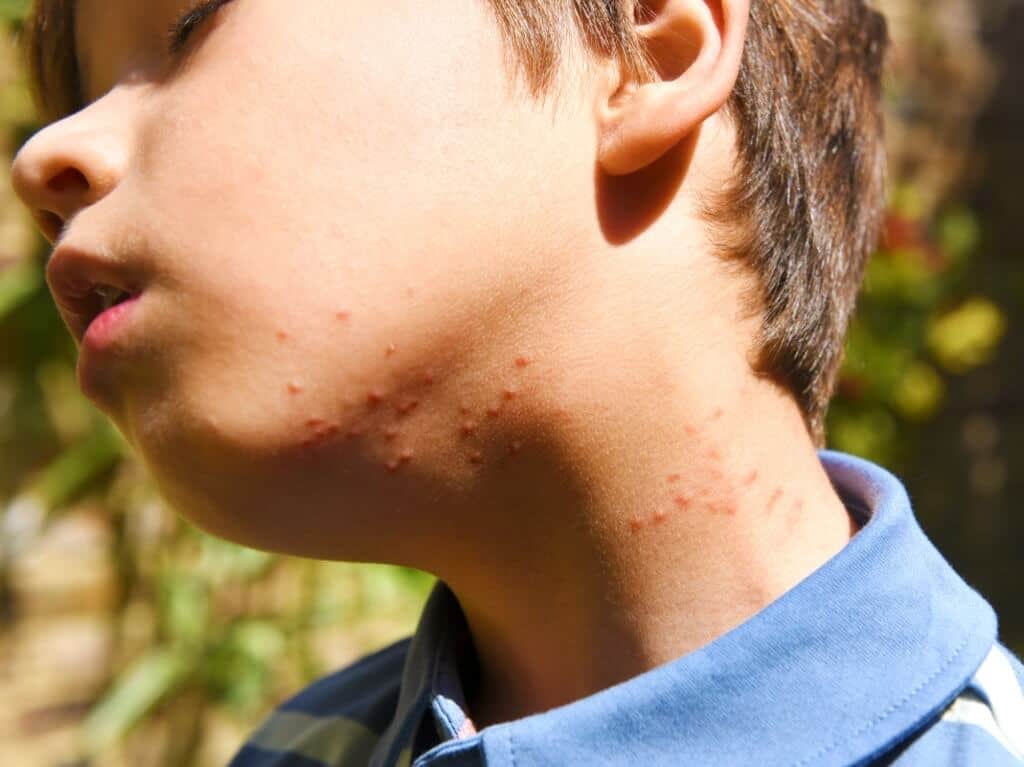 For teens and pre-teens who have food allergies, life is already challenging enough.

Their situation is often worsened by bullying.

Almost 1/3rd out of 100 students who participated in a study said that they had been bullied for their food allergies.

Bullies Often Target Kids Who Are Affected by Food Allergies

In Washington, DC, Herbert is the director of the psychological clinical program.

He does this in the Children’s National Hospital division of allergy and immunology.

Along with caregivers, 121 children between the ages of 9 and 15 were involved in the study.

The children in the study were allergic to at least 1 out of 8 common foods. These include peanuts, cow’s milk, eggs, wheat, tree nuts, shellfish, fish, and soy.

Food allergies, according to the American Academy of Allergy, Asthma, and Immunology, occur when a specific protein found in a certain food causes your immune system to overreact. This occurs even when the food is taken in very small amounts.

These allergies are generally diagnosed during childhood, but they can also develop later in life.

It was noted by Herbert’s team that bullying people for having food allergies are a concern. The initial aim of the investigation was to gain more insight into the problem.

Herbert explains, for example, that adolescents are often asked whether they were bullied about their food allergy and are asked to answer with a simple ‘yes’ or ‘no’.

Only 17% of the kids said that they had been bullied.

The team asked the kids to pick an experience out of a list that they most resonated with. They did so if it had happened to them.

This list included having an allergen waved at them, being excluded from an activity due to their food allergy, and being threatened with an allergen.

Contrastingly, in response to this question, around 31% of the kids said that they had been bullied in a particular way.

2/3rd of these kids also said that they had been harassed verbally, teased, intimidated, threatened, or criticized due to their allergies.

Physical taunting had been imposed upon almost half of these victims of bullying.

Some of them reported that food that was problematic to them had been slipped into their food on purpose, and even tossed at them.

Herbert was surprised by this. She said that kids may be less likely to tell people about their allergies if they are being bullied for it at school and they may also feel less safe.

The fact that many caretakers said that they had no idea that their kids had a problem may be explained by this.

Herbert advised that parents could check in with their kids and ask them about their experiences at school.

She also added that just asking them if they have been bullied about their food allergy may not be enough to get all the information that they need.

She said that asking open-ended questions may be much more beneficial.

Parents must make their youngling understand that bullying is not acceptable.

They must also be made to understand that they can get teachers and the administrators of the school involved.

She was of the opinion that the response to bullying should be quick and consistent on the side of the school.

She said that this can even be achieved in small ways like changing the lunchroom.

She also said that schools should have programs to educate children weekly.