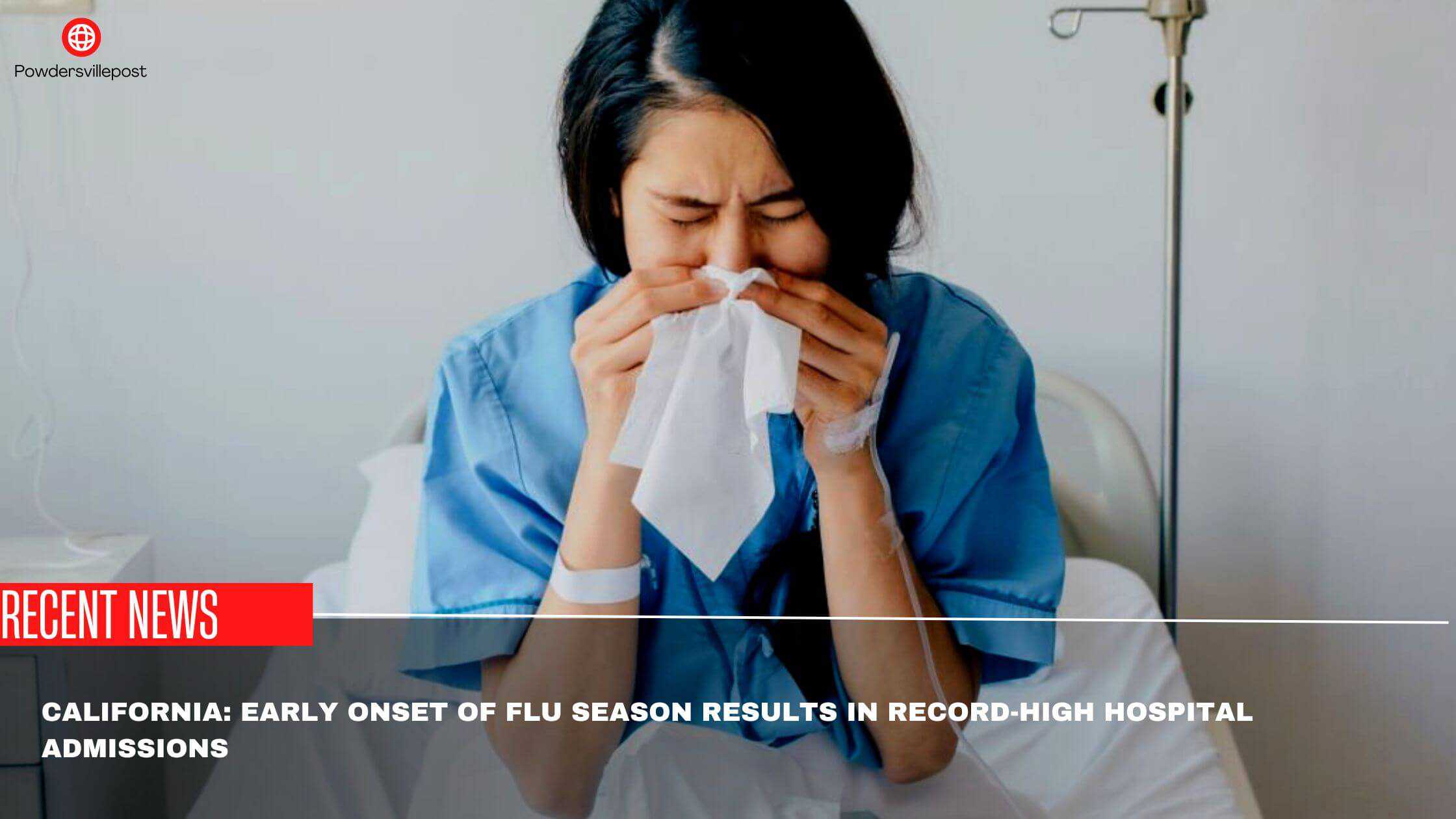 As we know the world struggled immensely with Covid19 (and still is), and many people compromised their immunity to only welcome new infections! This year the scale broke when California reported the highest record of hospitalization post the summer.

This flu season many people are suffering, be it due to compromised immunity levels or the poor environment post covid outbreak. The record is not of a year or two but a whole decade. It was only 2022 that proved to be the highest flu season record. Hospitals across California were full dramatically and have been the highest in the last 10 years.

If the reports are to be believed, we may see more figures in the months to come. The government is seeing the obvious signs of the same and is preparing.

To talk about the type of infections, the hospitals have reported around 880,00 lab-confirmed and tested influenza infections. This led to more than 6900 hospitalizations and 360 deaths from influenza. This report was released by the CDC or the Centers for Disease Control and Prevention. The report was released on Friday giving the statistics till October 22, 2022.

Many people experienced low-level immunity post the covid infections. While many recovered, their full recovery could not happen, thanks to pollution and environmental factors. Even those who have recovered 2 years back, still catch casual viral infections.

Why would the flu season remain silent? It didn’t and resulted in many infections. Take any reason, or excuse, people, catch the infections easily (even affecting those who had good immunity).

As we know, the influenza flu season is between October and May. It usually peaks in December and January when people get worried about the winter as well as these infections. The hospitals were expecting more admits in the same months but they arrived early. It was 6 weeks before the main season, making a critical outlook on the actual months. We still don’t know what they hold for the season.

To talk about age groups, these infections are affecting everyone. It is across all age groups but the common ones are between 65 and above (elderly) and children aged 4 and young. In fact, one child died last week due to the same struggle. This information was reported by the CDC or the Centers for Disease Control and Prevention.

🔵Does Reopening Schools Set US Up For Measles Or Flu Outbreaks?

Flu season had impacted a lot of lives, till October 22 more than 2,300 patients were admitted to the hospital. The CDC takes over 13 states and recorded this data on Saturday. The influenza surveillance network is being worked upon, still configuring the severity of the infections across California. Cumulative hospitalizations are higher than the previous year, even breaking the record of 2010-2011.

Influenza is a serious problem especially after the 2020 virus outbreak and viruses are taking their toll. When people were home, their immunity was compromised making viruses spread more rapidly. The vigorous spread of the virus is one thing to worry about It is recommended to start with vaccinations.

William Schaffer, a professor at Vanderbilt University and the medical director of the national foundation for infectious diseases also reported the severity of influenza infections and these implications are making human life difficult. He also added that you should get your flu vaccination as soon as possible. This is especially for those who are 65 or above, and children below the age of 4.

Prevention is better than cure and during these hard times, one can only hope for prevention with better care. Make sure you get vaccinated and take the necessities. Stay safe!