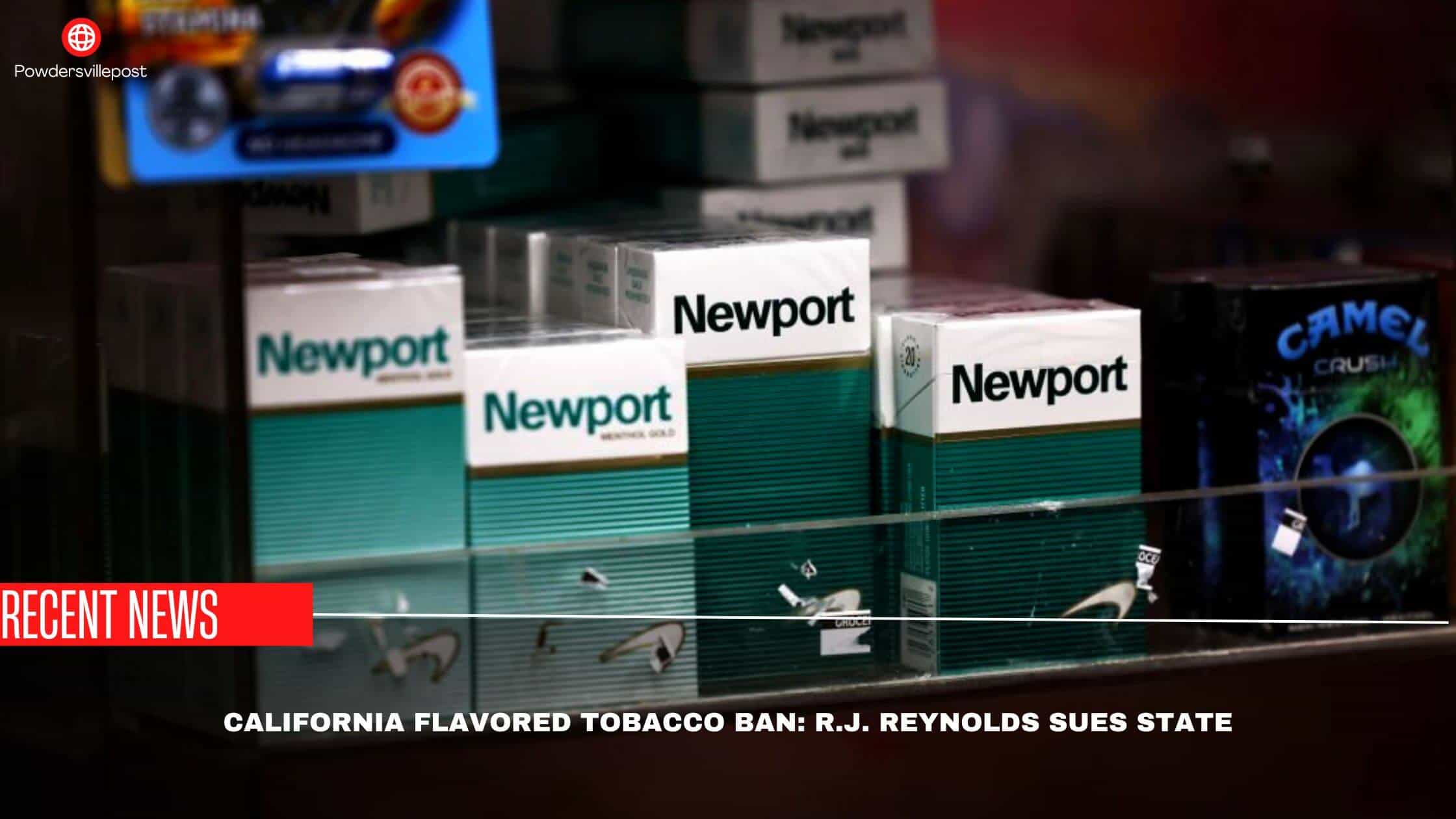 R.J.Reynolds, a tobacco company that sells the flavored tobacco brand Newport and also a vaping brand called Vuse had reportedly filed a lawsuit against the ban on flavored tobacco in California state.

The tobacco giant had filed the lawsuit just one day after the law banning flavored tobacco had been passed in California.

The tobacco smoking and vaping issue among young teens have become a national issue in the US and many states are trying to initiate bans on the sale of flavored tobacco brands as a measure to curb tobacco addiction.

Rob Bronta, the California Attorney General said that the state would very actively oppose the lawsuit as this is an import ban for the protection of young people of California.

Big tobacco companies have always tried to steamroll the efforts to curb tobacco use in the past too. A formal lawsuit hasn’t been filed against the company as of yet by the state of California.

Desmond Jenson, a senior lawyer in tobacco control programs at Public Health Law Center said that these efforts by tobacco companies to take over the power of voters and their resolve shouldn’t be allowed.

They will try to influence and manipulate the justice system to sell these deadly products to the young people of the state and the nation.

The current lawsuit filed by the company states that local and state governments have no authority to exercise a ban on tobacco as that power comes under federal law.

The Tobacco Control Act under federal law gives the US Food and Drug Administration (FDA) the authority for exercising such bans.

This argument had already been rejected by the U.S Courts of Appeal for the Ninth Circuit earlier in March regarding the ban on flavored tobaccos in Los Angeles county but the company is still trying to hang on to this particular argument and is hoping to get a favorable decision from the U.S Supreme court.

Erika Sward, vice president for advocacy at the American Lung Association warns that tobacco companies target young kids because they know that an addiction that starts at a young age would ensure life-long loyalty to the tobacco companies otherwise these young kids would go on to lead a healthy life if they are not exposed to tobacco as young kids.

So menthol cigarettes are considered to be a gateway drug to becoming habitual smokers later on. By the end of April, the FDA had proposed a ban on menthol and related flavors in tobacco in a larger scheme to reduce combustible tobacco use among young kids.

Robert M. Califf, the FDA Commissioner expressed confidence in the new efforts to curb the use of flavored tobacco. He said that this would aid in reducing youth initiations and also sensitize and encourage current smokers to quit tobacco use.

The policy would also enable the public to engage with their democratic rights to have a healthy and safe future for themselves and their future generations.

The menthol flavor is most preferred among school-going teens as it reduces the harshness of tobacco and gives out a pleasant odor. It is also known to combine with nicotine and increase the effects of nicotine inside the brain.

🔵Emerging Trends to Expect in the Tobacco Industry in 2022

According to a 2019 estimate, around 18.5 million menthol tobacco smokers at the age of 12 and above existed in the US. This can be reduced by around 15 percent in a period of 40 years if we are to ban menthol-flavored cigarettes.

Flavored Cigars are also a concern among this as different flavors like cocoa, strawberry, grape, etc are available in cigar brands.

According to recent reports, young people are now trying out cigars more than cigarettes. Hopefully, the flavored tobacco ban in California will be the initial few among many to be enforced in other states of the US.