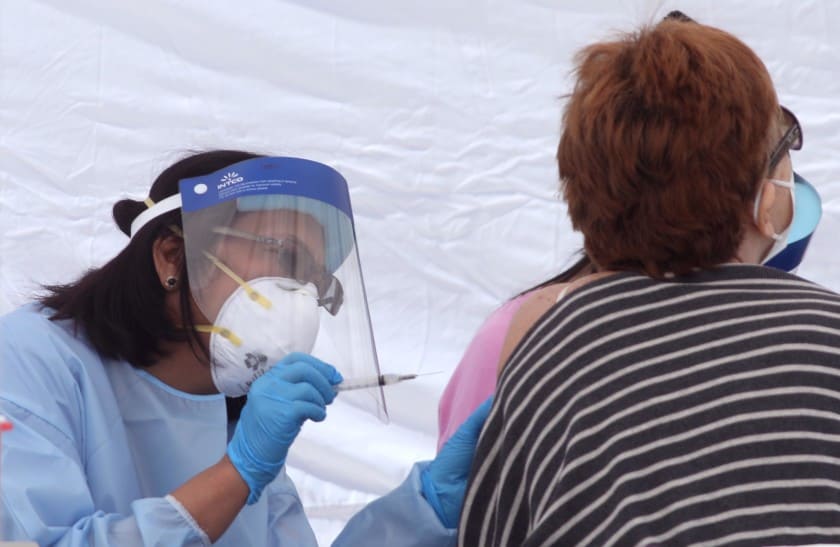 On Friday, officials in California announced the state’s plans to enlarge vaccine prioritization, which will begin in the middle of March.

Under the new reformations, chances are greater to prioritize those who have a higher risk of critical complications with the pandemic.

California Will Expand Vaccinations While LA Struggles With Shortage

This will let people who are under the age group be eligible to receive their vaccine doses at the beginning of the campaign that starts on March 15.

The officials also stated that healthcare providers are also alarmed in the procedures to vaccinate people who are at the highest risks of issues related to COVID-19.

People who already have other troubles with their health including diabetes, cancer, heart diseases, obesity as well as those with physical disabilities will be eligible, according to the instructions.

Currently, the distribution of vaccine shots is only limited to some categories in the state. The frontline healthcare workers, long-term care residents, and senior citizens are the categories who have been considered as eligible to receive the vaccine doses primarily.

Additionally, the state also includes people who work in the field of education, workers of emergency services, and the food sector in the priority list.

Even though the state put an initiative to include people from additional sectors in the priority list, Los Angeles County couldn’t include people belonging to the sectors of education, emergency services, and food due to the lack of vaccination supplies.

The five vaccination centres of the city were also closed temporarily on Friday after Mayor Eric Garcetti announced that they have no supplies to begin the distribution of initial doses of Moderna vaccine on Wednesday.

He said that the city of Los Angeles is currently having a pace of vaccination as that of the speed according to the arrival of new vials.

He added that only 16,000 new doses have arrived in the city so far this week, which is the required number of doses that the city should administer every single day across it. This stated that the city is given only one day’s supply for a whole week.

The mayor further said that the city hopefully will reopen the sites for vaccination by the middle of this month, either on the 16th or 17th.

Reports said that as of Friday, the city could administer more than 1.3 million doses of the vaccine, this can be approximately 10% of the total inhabitants in it.

John Bollard, the interim co-executive director of Student Health Services is one of the COVID-19 vaccine panels said that presently, the attempt to vaccinate prioritized groups is in its last lap and will be finished within two weeks.

When the distribution among people of age groups 65 and above is finished, UCLA will begin phase 1B of the plan to vaccinate those who are employed by the university and have frequent interactions with people on the campus.

Currently, there is no timeline made by UCLA on the mission to vaccinate students. However, plans are already made to provide them free vaccines.

The school authorities also didn’t mention when they will make it mandatory for students to get vaccinated before they report to the campus.