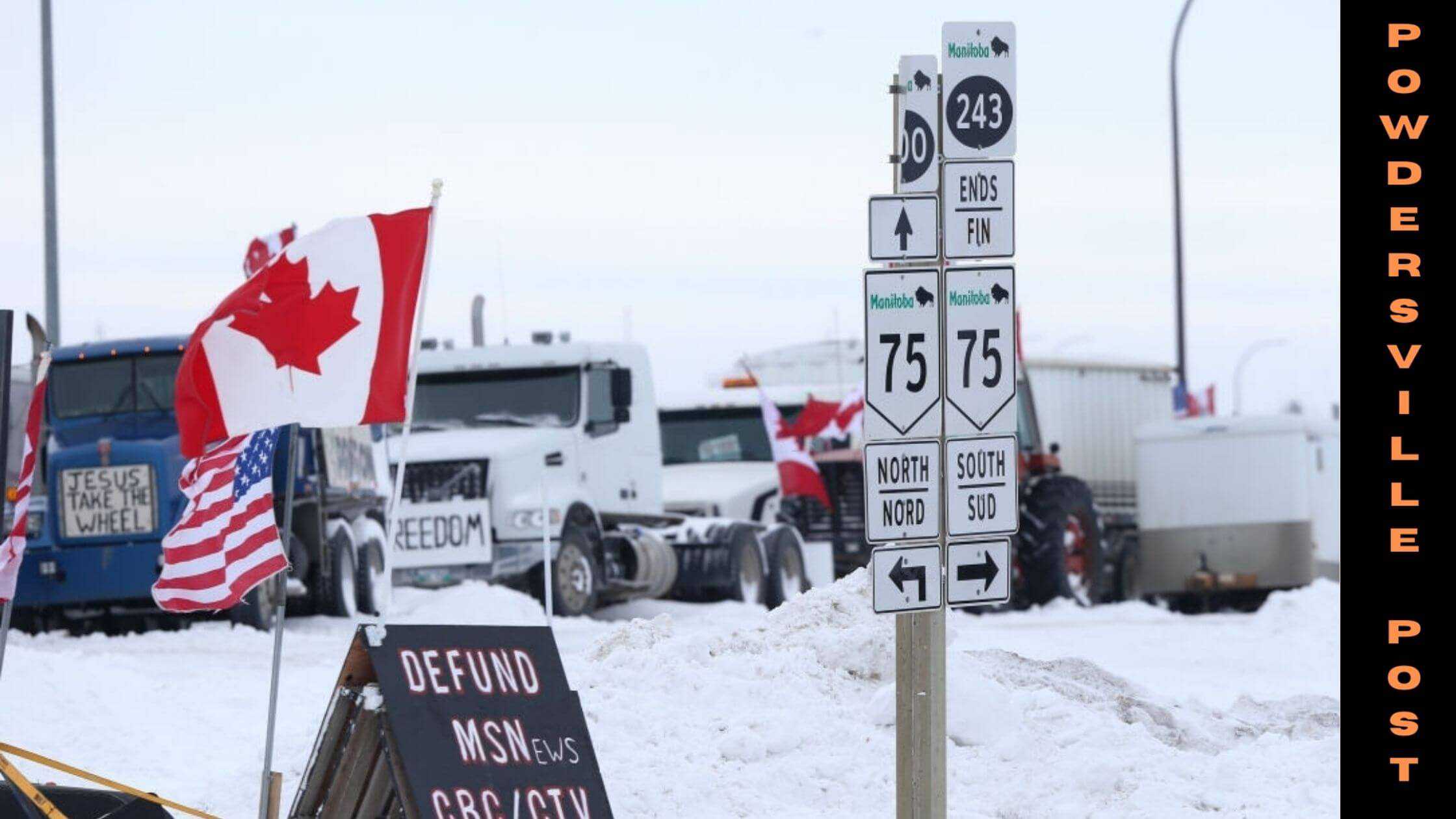 In the recent spate of activities, it was seen that protests had engulfed the nations Canada and the US due to restrictions and masking mandates. Now, the Canadian judge has asked protestors to stop their protests at the border bridge.

The stand-off is taking place at the Ambassador Bridge, which joins US and Canada. The five-day blockade at the bridge has led to a massive number of delays in sending material from one end of the country to another.

The Judge from Ontario Supreme Court passed the judgment on Friday. In the beginning, the protestors only allowed a single lane to operate. This was opened to facilitate the movement of goods trucks which were carrying goods of daily use. The City of Windsor, which is supposedly at the conjunction had officials hoping that the protestors would lift the blockade soon.

The protests are related to vaccine mandates on both sides of the border. Some time back, there were massive protests regarding the restrictions that included getting truckers the mandatory double-dose vaccine, without which they could not cross borders.

The police have also got involved, with many warning the protests about consequences if it was not lifted. Additionally, the police personnel also warned the crowds saying that an emergency could set in.

The trucker’s Covid-19 vaccine protests are spreading globally, and the Biden administration is putting pressure on the Canadian government to get the protests removed. The blockades are hampering trade and commerce and have led to huge losses. The ongoing vaccine mandates and restrictions are to be blamed for the same.

Almost $390 million worth of goods is transported each day from the countries, both ways. However, the blockade has led to disruption of the services in both countries. Many automakers are also facing disruptions, while one of them has also blamed the disruption leading to lost wages for paying employees. The lost wages for Michigan employees have been pegged at $51 million.

For the last five days, the route has been closed. The blockade has forced many truckers who are operating, to take an alternate route to enter Detroit. It takes two hours more to complete the commute. It stresses the monetary reserves of the truck companies, as they are having to shell out more for fuel.

Many of the experts who are observing the issue are of the opinion that the vaccine mandates are putting pressure on the economy. The truckers should have the say in matters of the vaccine. No one should be able to force people to get vaccinated.

The mandate has also led to a shortage of drivers for almost all trucking companies on both sides of the border. Most of the governors on either side of the blockade are in conversation with officials over the matter. They have stated that the situation will be handled in an amicable manner.

The freedom movement from vaccines is on, in several parts of the Canadian country. Ottawa is one of the places where the demonstrators are keeping the roads clogged, while the blockades have spread globally. New Zealand is also seeing such blockades owing to the mandatory Covid-19 vaccination protocols.

If reports are to be believed, there could be a possible blockade during the Super Bowl on Sunday. So, the situation may be getting worse. The Canadian government has called these blockades illegal. And, injunction orders could be out soon.