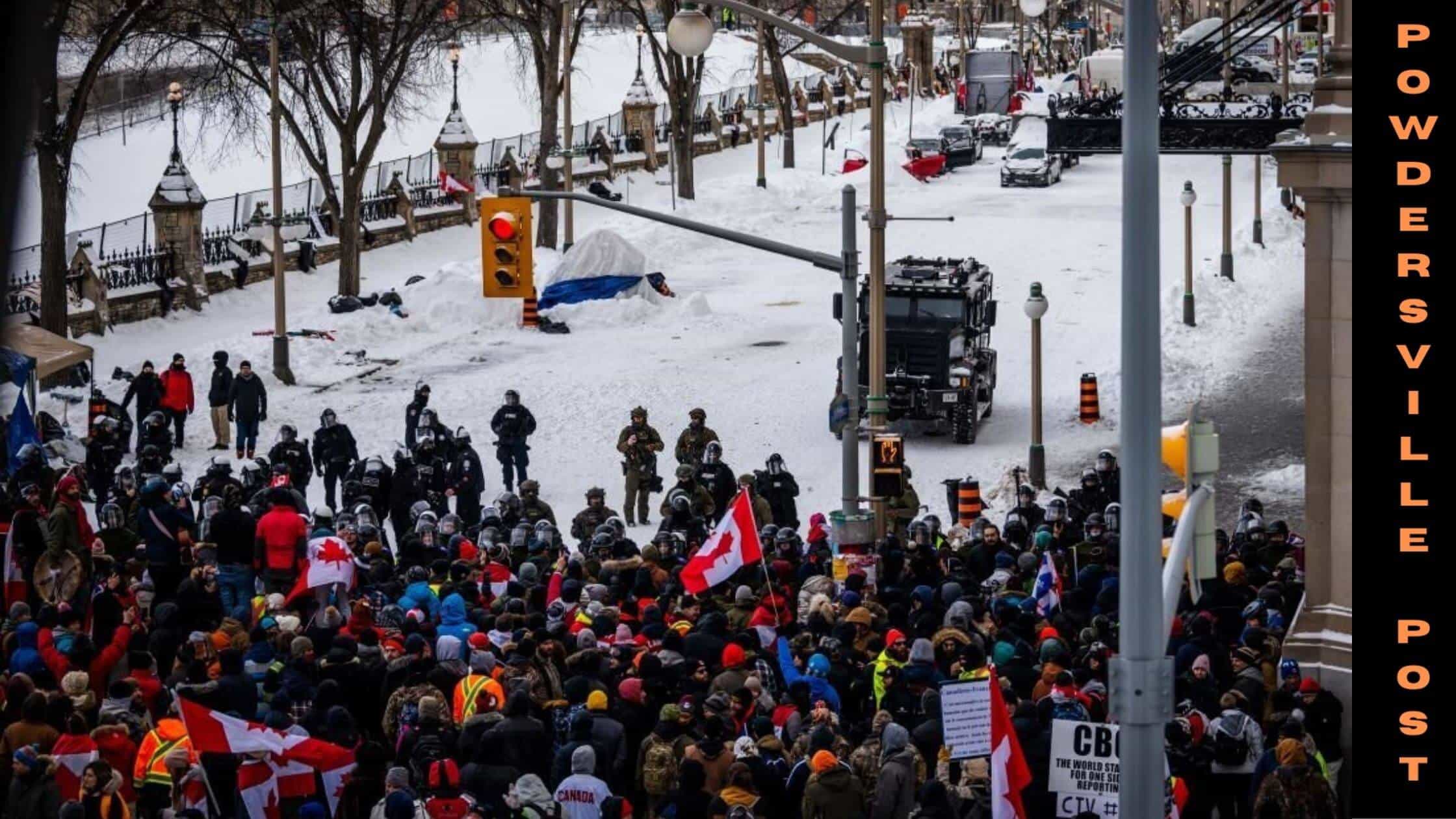 The covid 19 disease has made the world upside down with its impact. Originating in China at the end of 2019, this disease became dangerously infectious, gradually turning into a super spreader. It was badly affected causing huge economic and social disruption leading to substantial loss of human life globally.

The Canadian Police Arrested Protesters Against The Covid Restrictions

This covid disease has also caused millions of deaths across the world. Everybody was coping with the situation and gradually became frustrated. The pharmaceutical companies, after much research, succeeded in inventing vaccines that were mandatory to be taken. This vaccine would give strength to fight against the disease. But every time this disease is changing its features sometimes making it worse.

It has been almost more than 2 years the situation is more or less the same and the situation is almost unbearable for human beings. The use of sanitizers and wearing masks all the time in public places has created lots of problems. People are currently unwilling to take the vaccines and are very eager to spend their lives normally as they used to before the covid 19 situation.

Recently in Ottawa, Canada 170 protestors were arrested by the Canadian police. The truck drivers mainly held this protest to oppose the imposition of vaccine mandates on truck drivers who will be crossing the US-Canada border.

Prime Minister Justin Trudeau’s Liberal government has executed this before this month. The truck drivers got agitated after it was declared that unvaccinated Canadian drivers who cross the boundary of the two nations will have to quarantine themselves after returning home.

So, these drivers started to protest against this implementation in western Canada. Soon it gathered a lot of support as it headed east. They are also frustrated with the steps taken for pandemic measures by Mr. Trudeau.

The police said that while clearing the area this incident happened due to the violent and fierce attitude of the protestors. They had to use pepper spray to move the crowd away. Even some officers arrived on horseback to shove away the mob.

Interim Police Chief Steve Bell stated at a press conference regarding this movement saying 47 more people were arrested on Saturday morning. The operation is not clear and this will continue. Even the trade relations have been disrupted very badly between Canada and the U.S. as the Ambassador Bridge had to shut down which mainly connects Windsor and Detroit.

The Royal Canadian Mounted Police on Saturday closed the Pacific Highway Crossing to ensure the public’s safety. The public was told to take alternate routes for border crossings. Next month the Capitol police officials are planning to put a fence all over the Capitol to control the protests in Washington, D.C.

On the other hand, the drivers believe that they want their freedom back which has been taken away by the government by imposing various kinds of covid restrictions. And they will continue to do so until these impositions are taken back.

But on the other hand, this protest has led to a rise in fuel price as well as food. There is a shortage of grocery products in Canada as these products mainly arrive across the border. Every necessary good that the Canadians depend on is mostly brought by the trucks. So basically, it is a real threat of an unintentional outcome and all will stay together until the mandates are removed.