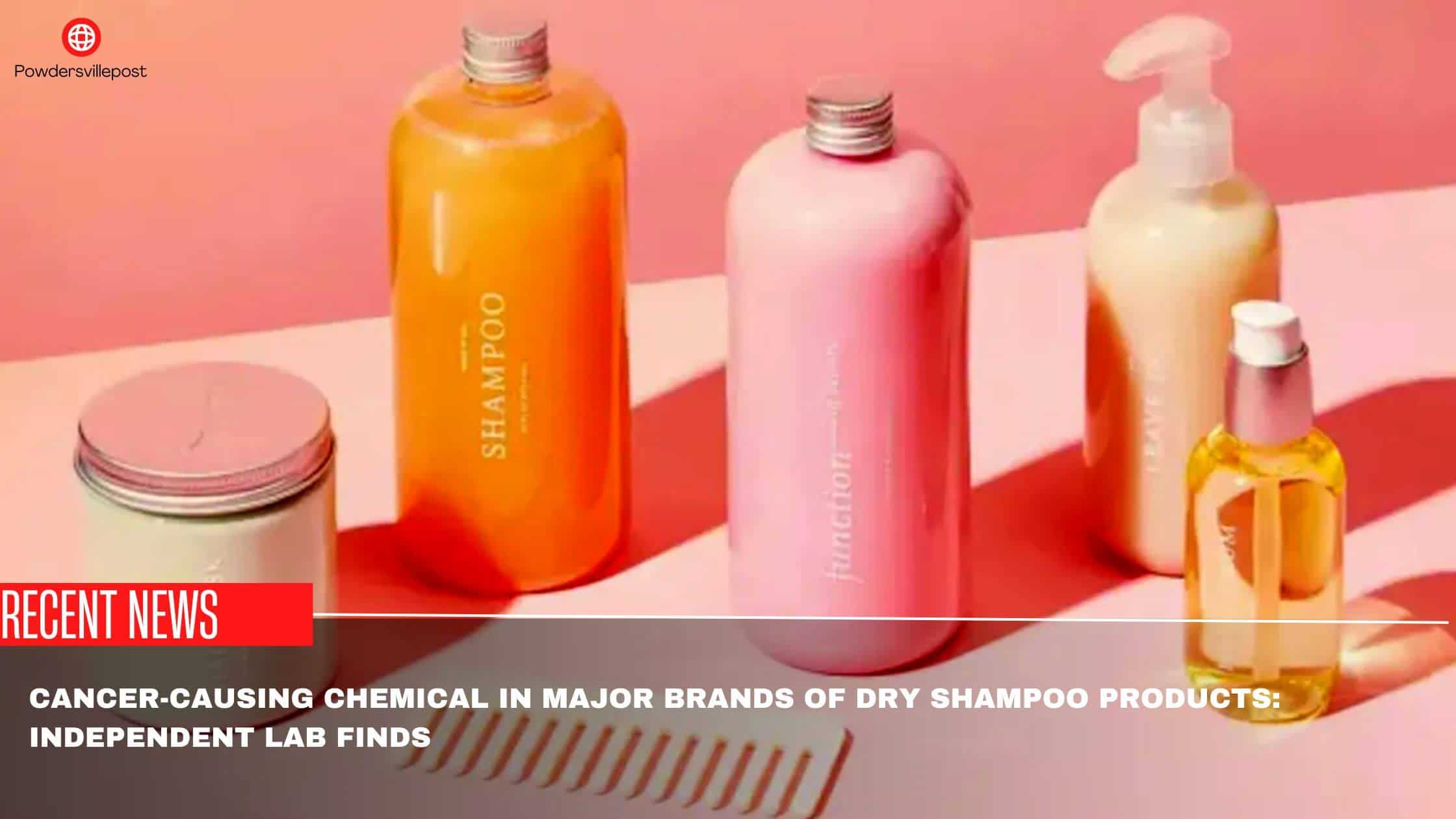 An independent lab has found high traces of Benzene, a cancer-causing carcinogenic chemical in dry shampoos of some major brands. The Independent lab known as Valisure reported 11 samples had shown 10 times more than 2 parts per million (ppm). Following this Valisure sent a citizen petition to the US Food and Drug Administration (FDA) in which they stated that among the total 148 samples collected of 34 different brands, 70 percent of them showed a considerable presence of Benzene in them.

According to David Light, Valisure’s Chief Executive Officer, and Qian Wu, Valisure’s head of Global Analytics, who wrote to the FDA, these dry shampoos aren’t part of any sort of pharmaceutical ingredient nor are they used as part of any therapeutic treatments. Therefore a significant presence of Benzene is totally unacceptable.

Also, Valisure shows that the data from the benzene analysis was taken by analyzing the contaminated air after the shampoos were sprayed. This further proves how inhalation of these in long term can be harmful to humans. They found it “troubling” that such amounts of carcinogenic benzene are found in shampoos that are often used indoors and in high amounts.

Light pointed out that dry shampoos are used quite frequently by people possibly once a day or a few times a week. He said that the problem goes way back to raw material becoming contaminated and then making it through various different places, managing to get through quality checks that are supposed to be done and finally to the hands of the consumer.

The petitions also recommend the FDA recall the products on an urgent basis as FDA usually takes around 180 days to respond to citizen petitions.

The petition also mentions the presence of benzene in other daily used products like sunscreens, antiperspirants, and hand sanitizers. Last month aerosol dry shampoos and other products of brands like Dove, Nexxus, Suave, Tresemme, and TIGI were also recalled because of the presence of benzene. Benzene is known to cause certain types of Blood cancer like Leukemia.

Among the brands that were tested by Valisure, the highest benzene levels were found in Not your Mother’s, and elevated levels were found in brands like Sun Bum, John Paul Mitchell Systems, and Batiste. Dry shampoos are used to give the hair a fresh look between washes. They are aerosol shampoos that are harmful to humans and the environment in more ways than one.

Batiste, Not Your Mother’s, and Dove are some of the top-selling dry shampoo brands in the U.S and this further aggravates the seriousness of the findings. The sales of dry shampoos in general also went up by 22 percent last year.

🔵Can The Chemicals Around Us Every Day Cause Breast Cancer?

According to some companies, the possible reason for benzene contamination can come from the use of propellants like propane and butane used in aerosol products like dry shampoos. They are petroleum distillates made by refining crude oil and benzene is a known contaminant of petroleum-based products.

In 2021 December, P&G recalled their entire dry shampoo stock from shelves also including the Pantene and Herbal Essences versions after they conducted an internal test on their aerosol products following a report by Valisure. As of today, no other major brands have disclosed any information about such internal testing being done by them for safety and quality control.