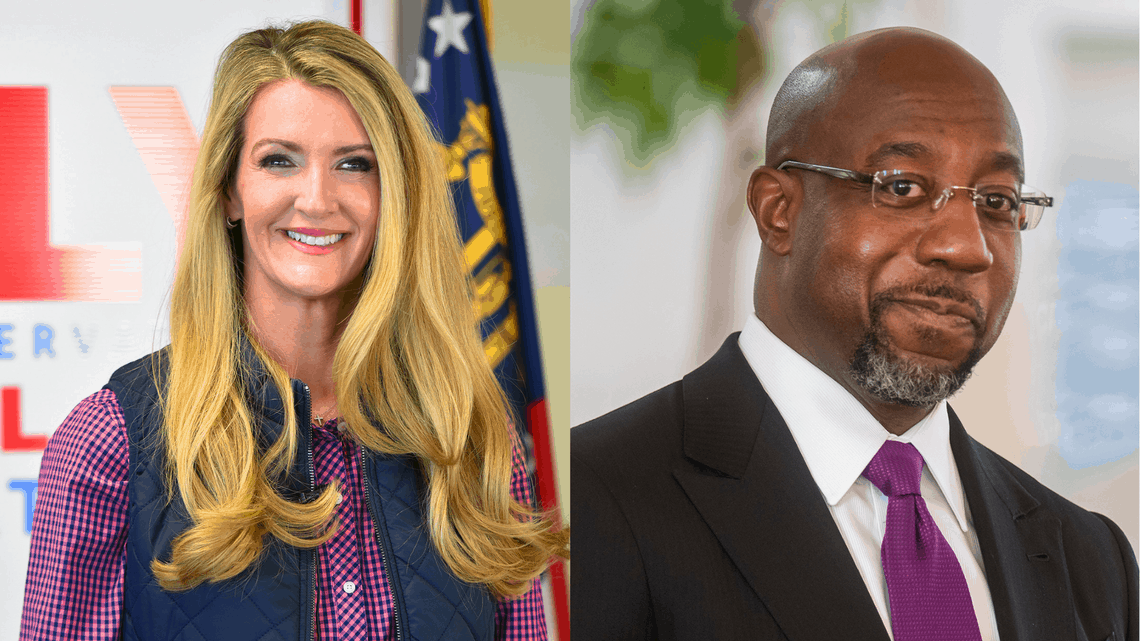 During the Georgia Senate debate held Sunday night at the Atlanta Press Club, both candidates Kelly Loeffler and challenger Raphael Warnock stuck to their scripts. There was no change in stance from the recent election campaign and both candidates focussed on attacking the background of the other candidate.

Loeffler stuck to her campaign script and referred to her opponent as “radical liberal Raphael Warnock” several times during her speech. She even said how Warnock had called the police as gangsters and thugs. Warnock also responded similarly and said that the entire speech of Loeffler was focused on demonizing him and not promoting herself. He added that he has supported the health care coverage for those with preexisting conditions.

Loeffler continued to stress what Trump and Mike Pence have said during their Georgia campaigns. She said that if Republicans lose the Senate, the American dreams will give way to socialism, and this will have a long-term impact on the future of the country. She added that Warnock would be a rubber stamp candidate for Schumer. Reacting to the speech, Warnock said that Loeffler had spent the first 10 months of her tenure thinking about herself, and she was the unelected senator of Georgia. He went on to call her Georgia’s appointed senator.

Sadly the entire focus of the debate was on personal attacks, and there was nothing in it for the people of Georgia. The region-specific issues were hardly discussed during the debate, and most of the time, candidates stuck to their election campaign speeches.

A section of the debate included a question and answer session between the candidates. During this, Warnock asked Loeffler whether Trump lost a recent presidential election. Loeffler answered that Trump had every right to use every legal option available in the country to challenge the results as they had seen that several thousands of votes were not counted. She also mentioned that investigations need to be completed in this regard.

When probed further about this topic and the recent criticism of Gov Brian Kemp by Trump, Loeffler refused to answer the question directly and instead mentioned that there were 250 active investigations in Georgia that were announced by the State Secretary last week.

However, Brad Raffensperger, secretary of state, said that even though there were 250 active investigations regarding the election counting, his office had not found any evidence to suggest “systemic fraud” that had an impact on the election outcome. In Georgia, Biden managed a comfortable victory with a margin of 12000 votes.

The hour-long debate offered nothing new for the Georgians, and the final message from Loeffler was that the best way to do justice to the people of Georgia is by protecting the Republican Senate majority, and this will help them to fight back socialism and defeat “radical liberal Raphael Warnock.”

On the other hand, Warnock pointed out to Loeffler being the wealthiest senator in the country, and she was out of touch with the common public. He also stressed on Biden’s message of healing the division in the country.

Georgia is all set to settle the race on the 5th of January, and the deadline to register the vote is on Monday. The public can start early voting from December 14 onwards. It would be interesting to see if Democrats can pull off a victory in this region after the presidential elections. The last month’s election saw Loeffler getting about 25.9% votes, and Warnock got about 32.9% votes. Candidates must win by 50% to avoid a runoff, and this has made the battle interesting for everyone.

It is now evident that the party winning Georgia will have a good hold on the US Senate, and this is critical for both parties. Meanwhile, Trump has not yet come to terms with the loss, and his allies are pressing several lawsuits at the last minute to disregard the election results. Several states have officially certified the election results, including Georgia.

In Georgia, Republican Gov Kemp had certified the election results, which did not go down well with Trump. Kemp was openly criticized by Trump, who said that there was no need for enemies when you have people like Kemp in the party.