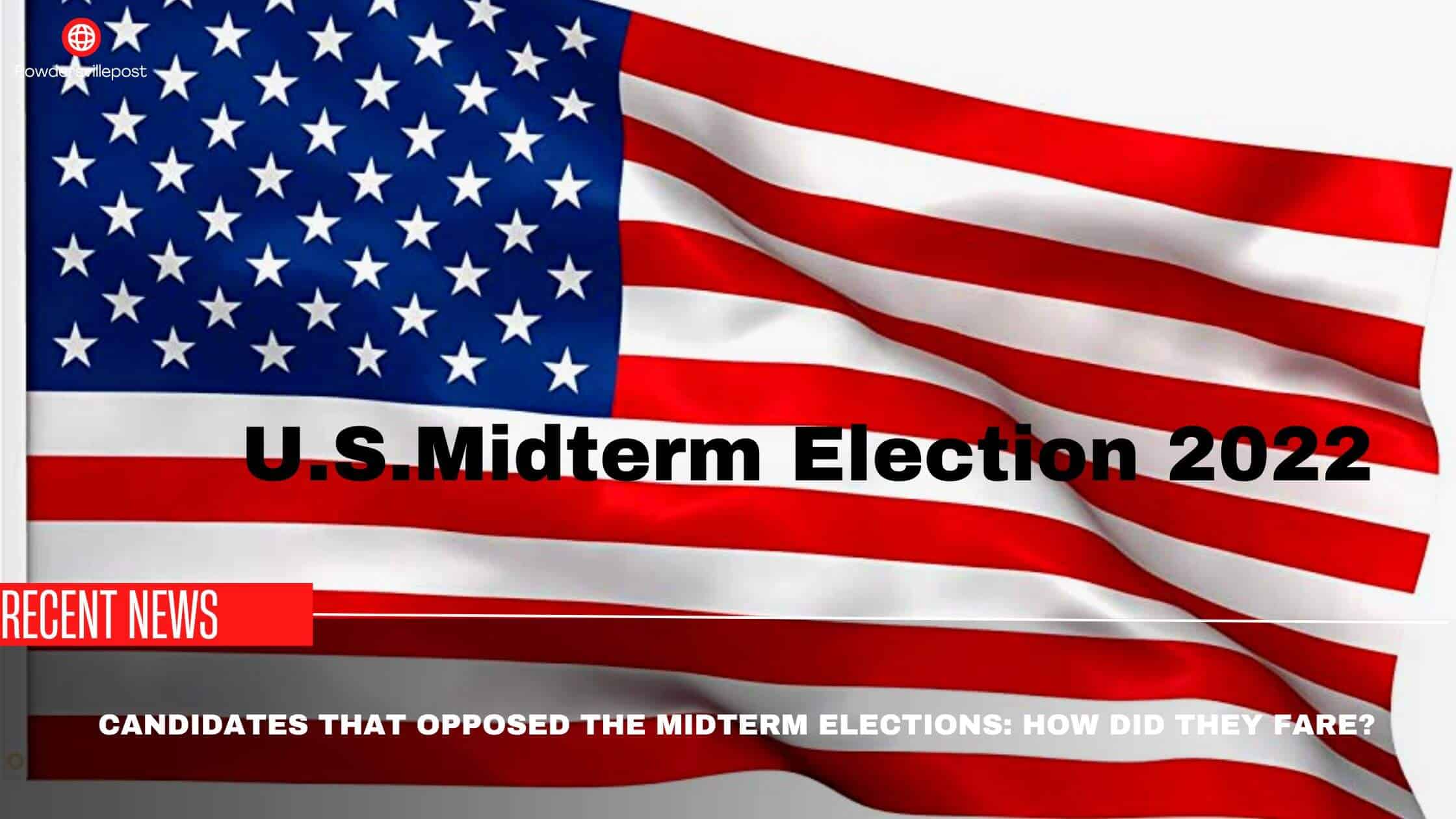 A lot of Republicans who were accused of foul play and fraud in the elections 2020 had run for mid-term elections in the US this year.

A recent pre-election analysis done by the Washington post showed that a large number of republican candidates who ran for public office had questioned or denied the 2020 elections.

How Did The Oppositional Candidates Fare In The Midterm Elections?

Some of them suffered major setbacks in the midterm elections like Doug Mastriano, a republican and open supporter of former President Donald Trump lost to Democrat Josh Shapiro for the position of governor of Pennsylvania.

Mastriano had helped arrange buses for supporters to travel to Trump’s rally on January 6 2021 before the violence at Capitol.

He has also supported Trump in his repeated unsuccessful attempts to deny Joe Biden the Presidential win.

Mastriano also went to the extent of promising to wipe out all the voter roll details in Pennsylvania so that 8.8 million citizens of the state will have to register again.

The same fate awaited Kim Crockett in Minnesota as she lost the bid for secretary of state to DFL incumbent Steve Simon. The Secretary of State has the responsibility of overseeing state elections in most of the US states.

Republican Audrey Trujillo who was one of the promoters of Trump’s effort to reverse the voters’ will in 2022 lost the race to Democrat Maggie Toulouse Oliver, the secretary of state.

However, a lot of Republican candidates who vouched for the 2020 election conspiracy won in many other republican leaning states. Chuck Gray won unopposed in Wyoming for the position of the Secretary of State.

Gray, a state lawmaker, had made considerable efforts to overturn the 2020 elections. In Alabama, Republican Wes Allen was elected as the secretary of state and he was one of the individuals who launched a lawsuit to overturn the elections in 2020.

There were other instances of Republican candidates who stood up against Trump in his decision to overturn the elections 2020. Brad Raffensperger of Georgia who won the recent election for Secretary of state had openly objected to the idea of Trump finding votes for creating victory in Georgia.

As a reaction to this Trump publicly challenged Raffensperger to defeat him in the elections that happened at the beginning of this year but that attempt failed miserably as Raffensperger won the seat against Jody Hice.

As most of the results were out by Tuesday, more than 140 Republican candidates who supported Trump’s 2020 election conspiracy won their seats that included Senate and House positions and also state-level elections.

On the other hand, Trump did not see the high-profile wins he hoped for as he had rallied down a huge list of endorsements for multiple Republican candidates.

He was expecting a landslide victory for the Republicans which did not materialize in the way he expected it to. He even threw a party at Mar-a-Lago, his resort in Florida, and invited a host of reporters to celebrate what he thought would become a major victory for him and the Republican party.

Trump all throughout the election campaigns was implicitly hinting at his possible 2024 presidential candidature and it was almost clear as to how he was seeing himself as the leader of the Republican party.

On Tuesday morning, he had released a four-page advisory that listed out in detail how much help he had been giving the Republican candidates to secure major wins. Even after spending weeks putting himself up as the sole leader of the Republican party, Trump didn’t have a proper speech prepared for his supporters on Tuesday evening.