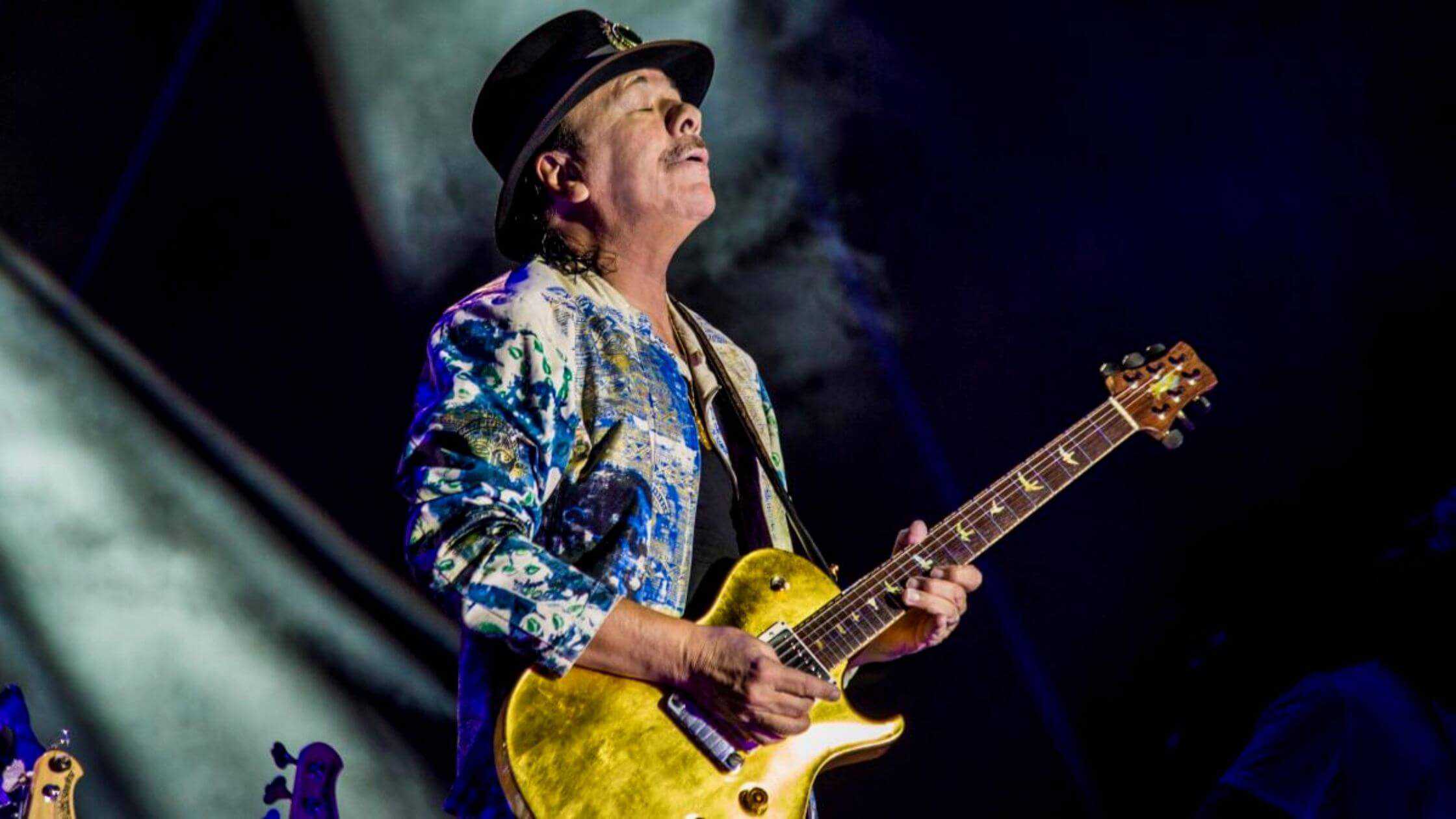 According to the reports, as well as videos posted to social media, we came to know that Santana was just about 20 minutes into his performance when he had sat down on a drum riser, then fell backward as medical personnel rushed to his side.

Carlos Santana Recovering After He Passed Out While On Stage

As per the sources, Carlos Santana is finally recovering after he fainted from heat exhaustion while performing in Michigan on Tuesday night. The legendary musician, who was 74 years old, was on stage at the Pine Knob Music Theater in Clarkston when he passed out.

A rep for Santana told the news in a statement that he had been overtaken by heat exhaustion and dehydration during the show, he also added that the guitar great was taken from his show at Pine Knob Music Theater, which is an outdoor amphitheater in Clarkston, around some 40 miles northwest of Detroit, Michigan.”

They also added that Carlos had been taken to the emergency department at McLaren Clarkston for observation and now he is doing well.

Santana’s manager Michael Vrionis has added that a show originally scheduled for Wednesday at The Pavilion at Star Lake in Burgettstown, Pennsylvania, has since been postponed.

Former Detroit Free Press reporter Jo-Ann Barnas has tweeted that though the audience was asked to leave around 10:30 p.m. still many people stayed there as they were in shock over the incident.

A concertgoer told us that the Detroit News that Santana was performing his song “Joy,” which features Chris Stapleton when he collapsed.

A woman named Janet Brown told the outlet that he was walking, playing, and all of a sudden he went down.

Santana was at the venue and he was performing with fellow iconic artists Earth, Wind, and Fire for his Miraculous Supernatural 2022 tour. The series of shows was in promotion of his newest studio album, Blessings, and Miracles, which was released last year.

As people were requesting the comments Pine Knob did not immediately respond. The health scare comes after Santana had an unscheduled heart procedure last December, and it forced him to cancel a number of his Las Vegas shows.

The Grammy winner has addressed the situation directly in a video message posted on Twitter, and he has explained to fans that he has undergone a procedure after he has experienced chest issues.

Santana has said in the video at the time that there have been rumors flying around here and there about this and that, so he was there to just crystalize and make it clear. He added that last Saturday, he had an incident where he asked his wife, Cindy, to take him to the hospital because he had this thing happening in his chest.

He continued by saying that when we had gone there, we found out that he needed to take care of it. So he was going to be taking time off for a little bit to make sure he replenishes it, and he has taken rest and he has finally caught up with his health so that when he plays for you, he will play the way he was used to and give us 150 percent. Santana has assured his fans by saying that He wouldn’t show up unless He could do that.