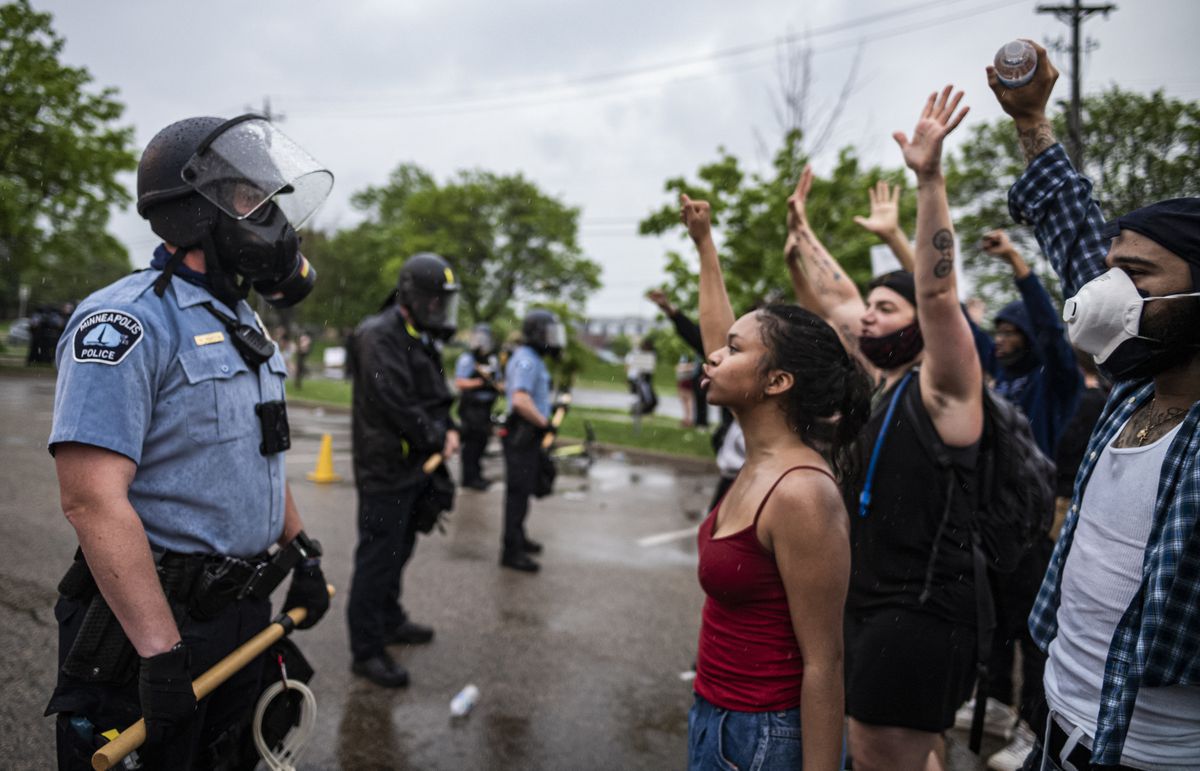 The disturbing trend of cars hitting demonstrators is on the rise ever since the George Floyd protests began. In a recent incident, when several protesters were demanding justice for Breonna Taylor, a car rammed the crowd and hit several protesters. However, no one was injured in the incident.

This is not new as several such incidents have happened in recent months, and you can see disturbing videos of such incidents all over the social media. Several dozens of drivers have hit protesters this year, and this raises several questions about their motives. According to law enforcement officials, witnesses and terrorism experts who have seen such incidents, some incidents clearly seem to be motivated politically, and they are trying to target the protesters in this manner. However, there are other cases also when drivers have panicked due to protesters surrounding their vehicle and just went through them.

Some incidents appear to be having a clear political motive as drivers have turned around for a second hit and allegedly yelled at protesters. So far, nearly 39 drivers have been charged in over 43 such malicious incidents. Most of the incidents occurred in the early weeks after the killing of George Floyd. Nearly half of the incidents happened by the first week of June. Even though these incidents continue to happen, it has taken a downward trend. However, experts and law enforcement agencies are worried that they may see an increase in such incidents shortly due to the upcoming elections, and any sort of violent protests will see some counteraction by other groups.

According to news reports, Florida, Oregon, New York and California have seen the maximum number of such incidents. In a recent incident in California, a woman alleged to be a supporter of Black Lives Matter drove her vehicle through a crowd of protesters and counter-protesters that left two people badly injured. Police have said that the woman has been booked for attempted murder, and they have set up an investigation into the incident. Some cases appear very clear, and the drivers display a clear motive of hurting the protesters. In some recent incidents, drivers had driven up to protesters even when they were not in the way, and such drivers face hate crime charges that can put them behind bars for many years. On the other hand, in some incidents, when the drivers and protesters have had arguments, it is difficult to put charges on the drivers as they claim that protesters charged at them, and they wanted to escape the scene.

Experts working on counterterrorism have pointed out a disturbing trend of such videos being shared as memes in white supremacy circles. It has become a common trend on social media where some people talk high about such incidents or make it some sort of a joke and post videos of cars driving into crowds. In some cases, such drivers have become famous and getting applauded for their acts on white supremacist pages on social media. Many platforms, including Twitter, are trying to block such memes and hashtags that promote such incidents of hit and run.  According to experts, historically, vehicles have been used as tools of terror, and it has been well documented. However, it has become more common in the last decade, and the Islamic State has proper tactics regarding such crimes. They have given detailed instructions in several languages about what kind of trucks can be used for such attacks and how to target a particular group during any incident. They have also given instructions about how to rent a truck for this purpose.

Several such attacks took place in the Middle East and Europe. Many terrorists used such methods to kill people, and some of the popular incidents include the attacks in France in 2016 and the one on London Bridge in 2017. The attack on London Bridge claimed eight lives when a terrorist drove a pickup truck on a group of people. Many other extremist groups have adopted this tactic as it does not require detailed planning, and it is not sophisticated. In this regard, several affiliated wannabes use such tactics, and it has proven deadly in many cases. The law enforcement agencies are having a tough time in tackling such cases as they are not able to prevent this in most cases. Even though they try to arrange barricades at protest spots, many protesters move around, and they do not assemble at a particular spot during such incidents.

This makes it difficult to provide security for protesters in all incidents, and they are often at the mercy of such drivers. On the other hand, even the police have been accused of driving through crowds in various instances in the recent past. As the elections are nearing, the number of such protests has also increased across the US, and some of them are backed by political parties to influence the elections. This is a disturbing trend as it is the common public that will suffer at the end of such protests. Our society needs to learn peaceful ways of holding protests, and the general public should have some respect for diverse opinions on various topics. Only then can we live peacefully even among such diversity. However, this looks like a distant dream considering the way both protesters and counter-protesters are behaving during these incidents.