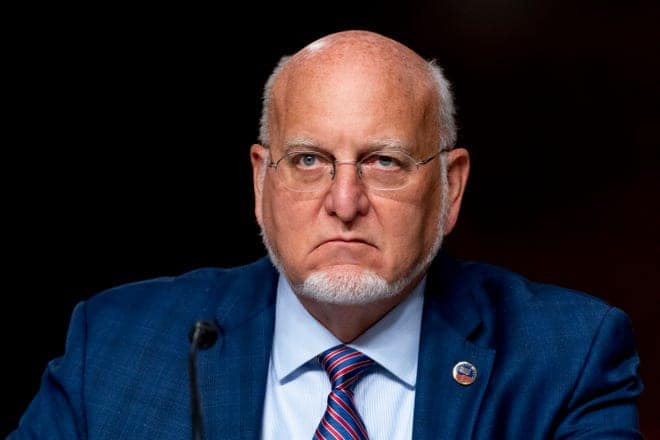 Robert Redfield, former director, Centers for Disease Control and Prevention on Friday told CNN that he believed the Covid-19 virus was accidentally released from a lab in Wuhan, China.

Offering no explanation for his belief, he said as a virologist, he did not believe that the virus could have been so contagious as to jump directly to a person from an animal. Instead, he thought it had been manipulated in a Wuhan research laboratory to become more contagious and was then released by a worker in September or October 2019 and came to the attention of the public at a later stage.

But Redfield’s theory did not find any takers among the wider scientific community.

According to Paul Duprex, director of the center for vaccine research at the University of Pittsburgh and a virologist, there was a fundamental difference between testing a theory and showing evidence that your theory was a fact and having a theory.

Duprex who ran a biosafety level three lab, handling dangerous pathogens, said the possibility of human error would never be ruled out by him.

He added he had seen no evidence to suggest that the virus originated in a lab.

The World Health Organization that had been looking into the Covid-19 pandemic’s origin, considered the scenario of the virus coming from a lab so unlikely that it found no merit in pursuing the hypothesis.

President Joe Biden said he had theories, but he was not a scientist. He was responding to a reporter’s question.  He added he would wait until the scientific community made that judgment.

According to W. Ian Lipkin, director, center for infection and immunity, Columbia University Mailman School of Public Health, he thought the virus jumped to people from animals. He pointed out that the WHO team had found wild animal farms were in operation in Wuhan.

He added that seemed to be the most plausible and likely explanation, especially since many of these viruses had been seen to emerge in just that way. He cited, West Nile, Zika and the first SARS virus.

A virus called SARS-CoV-2 is believed to cause Covid-19, which belonged to the coronavirus family. According to research published in the journal Nature, published last summer the virus evolved in bats and had jumped to people, after circulating freely in bats for decades. It possibly jumped to another animal first before infecting humans.

He added that during the pandemic it had been seen that humans passed on SARS-COV-2 to mink with mink passing  it back to humans, suggesting the virus was highly transmissible between species.

According to Peter Daszak, an expert on animal-to-human diseases, who was also a member of the WHO team that examined the work of several researchers in Wuhan, the team did not find any evidence that the labs in China were working on the virus before the outbreak.

He added one could not prove a negative. One could say with certainty that that was not going on. He added all one could do was look at what they were doing in the lab, what they had published from the lab. Whether they had viruses that were the potential ancestor of SARS-CoV-2? He added there was no evidence of that.

The final report of WHO which was rumored to be made public on Friday, would instead, now be made public very soon, according  to Daszak, president, EcoHealth Alliance, a nonprofit supporting pandemic  prevention and global health.

Redfield who spoke to CNN’s, Sanjay Gupta said he did not believe this somehow came from a bat to a human, and at the moment it infected  a  human it became one of the most infectious viruses for human-to-human transmission known to man.