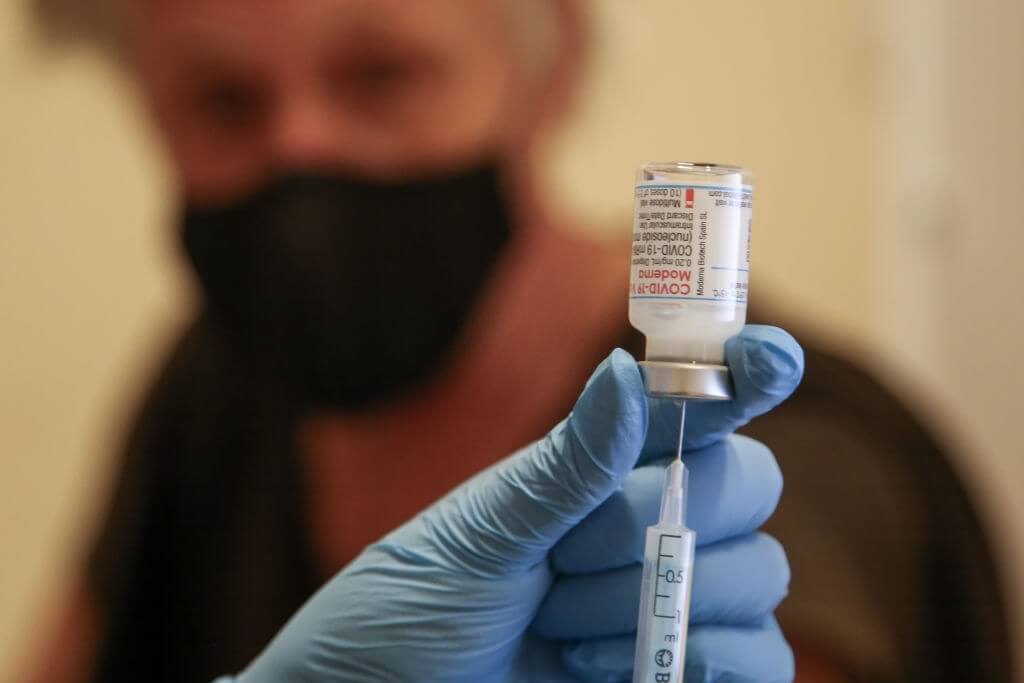 After the Delta wave, many people got vaccinated as people gained confidence in the vaccine and believe that the vaccine will keep them out of the hospital. Earlier last week South African health officials detected a new variant – Omicron which is believed to be more superior to the delta variant as well.

During this time CDC (Centers for Disease Control and Prevention) asked all American citizens who have completed 6 months after taking their 2nd dose to get a booster shot as well as a precautionary measure against Omicron. People can also mix-match the vaccine and it is completely safe as well.

America still has more than 47 million people who are eligible for vaccination and has not taken even the first dose. The government has urged the citizens to take the vaccine as this will give them increased immunity against the virus and also help in stopping the transmission of the virus.

Scientists stated that the testing of Omicron will take some time and they also need to see if the vaccine has good immunity against the new variant. If not then what is the efficacy period of the same

Biden administration has stated that as not now no traces of the new variant has been observed in the US. Airports are now being thoroughly tested and all passengers are subjected to testing.

US banned several flights from South Africa and other African nations as well among the news of Omicron. CDC has asked people to keep following the social distancing norms and the usage of masks even if they are fully vaccinated.

Moderna`s director Burton stated that if there are some improvements needed in the vaccine it can only be done by early 2022. He stated that they will have to change the vaccine genome from the scratch and this will take some time. However, people who have taken the booster shots can also take the new vaccine if needed.

WHO emphasised that sharing information and communicating with each other is the only way to beat the virus. WHO is building a large database which can be accessed by all countries and make better use of the information.

Pharma companies like Pfizer and AstraZeneca stated that they will be ready to increase production for booster shots as well in the coming weeks. Pharmacies stated that with the announcement of the new variant they are seeing a large number of test kits being bought by people. Many of the companies and schools have reopened and the people stepping outside use the test kits every once in 2 or 3 days to be safe.

Many of the companies also provide testing at the office every once a week. The US stated that in the coming weeks they will have an answer about the new variant. America now stands at 60% population being fully vaccinated and 69% of people have taken at least the first dose of their vaccination as well. US government stated that they will be helping out in the global vaccination drive as well for smaller countries too.