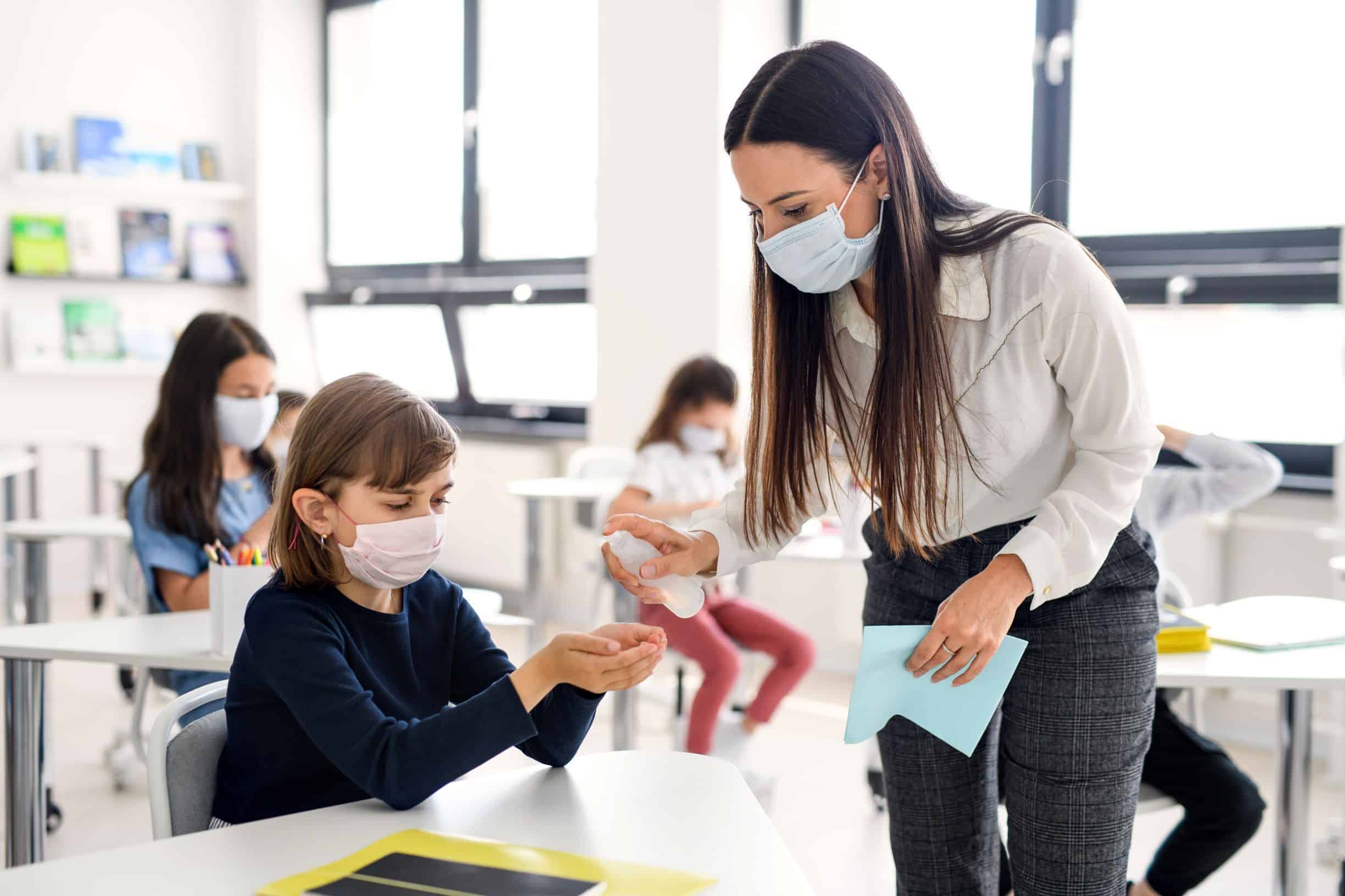 In its relaxed physical distancing guidelines for school children, the US Centers for Disease Control and Prevention, Friday recommended maintenance of at least 3 feet of distance by most students, CNN reported. The guidelines come in the light of new data against the earlier requirement of 6 feet.

Releasing three new studies, Friday, the agency said it supported distancing of 3 feet between students provided everyone wore masks, and other prevention measures were in place. In another study published recently in the journal Clinical Infectious Diseases, no difference in Covid-19 rates between Massachusetts schools that called for 3 feet of physical distance as against 6 feet was found, the CDC said.

However, it worked only if other steps were being taken, according to Dr. Rochelle Walensky, who spoke during a White House Covid-19 briefing on Friday.

Walensky added that these included physical distancing, correct and universal use of masks, washing of hands, cleaning to maintain healthy facilities, respiratory etiquette, and efficient contact tracing combined with isolation in quarantine and in collaboration with local health departments.

According to experts, the move might allow the opening of more schools or to more students.

However, teachers’ unions expressed concerns over some schools’ ability to implement the measures and called for more information about the scientific basis of the decision.

Meanwhile, as per CDC guidance, masks were key, and when it was not possible to use them, as when eating, the CDC says 6 feet of the distance needed to be maintained.

In its new guidance, the agency recommends students and teachers be kept in distinct groups or cohorts throughout the day, maintaining a distance of 6 feet between the groups when possible. In middle schools and high schools with high community transmission, CDC advises students to remain 6 feet apart if cohorting was not possible.

The CDC further recommended maintaining 6 feet of distance in common areas such as auditoriums and lobbies and during group activities like band, sports practices, singing, etc. According to the CDC, it was better for activities that increased exhalation to be moved to well-ventilated or outdoors places.

According to the guidelines, layout changes like the removal of nonessential furniture and making desks face in the same direction could help maximize the distance between students. The agency calls for seating one child per row on school buses, skipping rows, and opening windows for increased ventilation.

As regards adults, which included staff and teachers, according to the agency, it was better to stick to 6 feet of distance, both with other adults and with children.

According to the CDC, several studies had found that transmission between staff was more common than that between students and staff and among students in schools.

The CDC had revised the distancing guidelines downwards (6ft to 3 ft) after levels of in-school transmission in three states were found to below.

According to a team comprising researchers of CDC and Florida Department of Health researchers in Florida, 60% of Covid-19 cases in students were not related to schools. In its Morbidity and Mortality Weekly Report released Friday, the CDC said less than 1% of registered students had school-related COVID-19. According to the CDC, the findings added to earlier evidence suggesting that COVID-19 transmission did not appear to be demonstrably more frequent in schools than in settings that were not related to education.

Events both social and sporting were more dangerous than classrooms, they added.

A study in Utah found that with 86% of students wearing masks in elementary school classrooms, there was a little transmission of the virus to others.