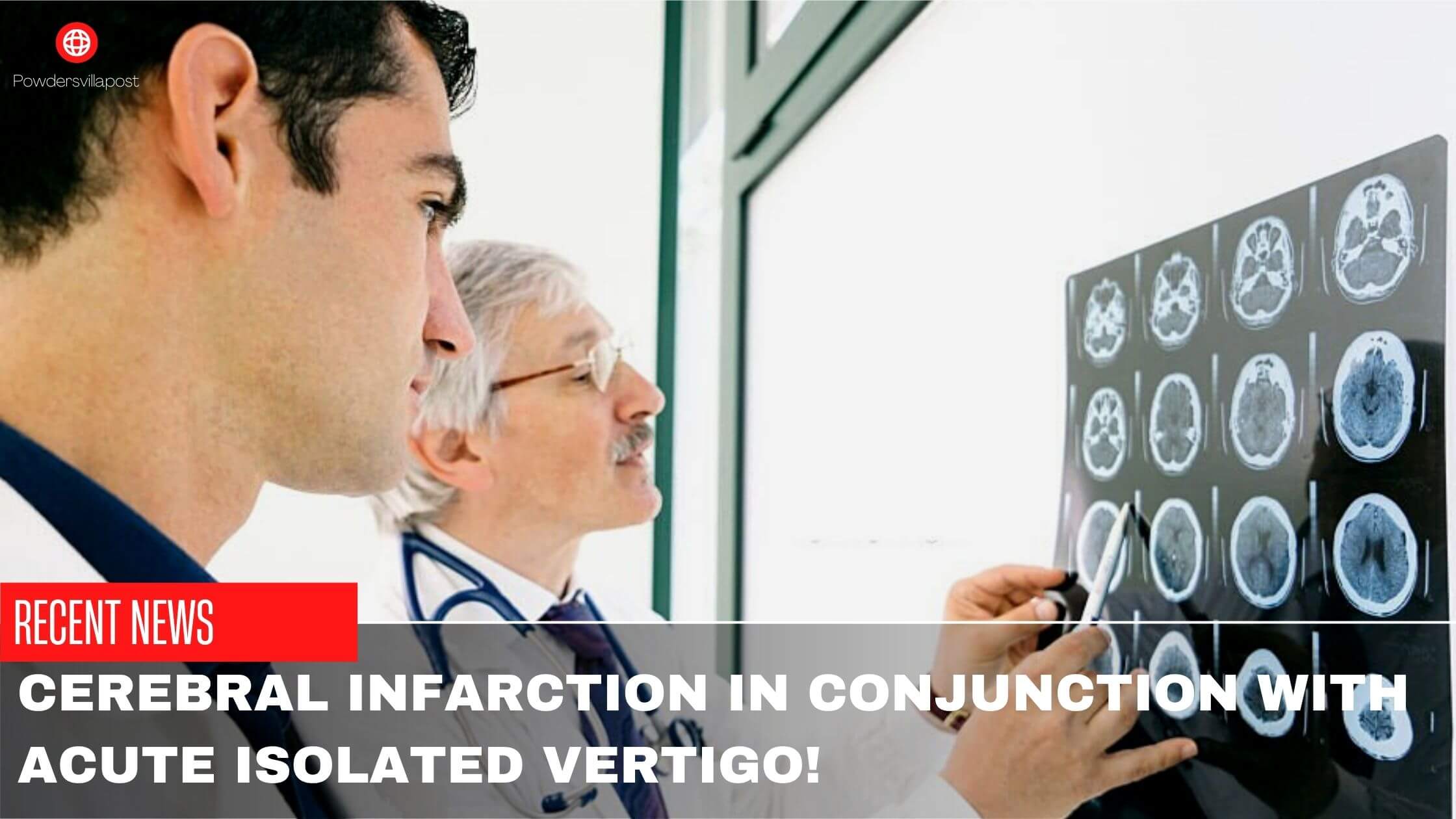 Cerebral Infarction with Acute Isolated Vertigo (CI-AI) is a rare and serious condition that can be mistaken for the more common Transient Ischemic Attacks (TIAs).

This happens when a blood vessel in the brain becomes blocked, causing a clot to form and resulting in damage to the brain tissue around it. The symptoms of CI-AI are vertigo, nausea, vomiting, unilateral weakness on one side of the body, and facial numbness.

The most important thing for patients to do after suffering from CI-AI is to seek medical care as soon as possible. Delaying treatment can cause further damage to the brain (affecting vision and speech), hearing loss, or fatal complications. The key difference between TIAs and CI-AI is that TIAs improve within 24 hours of onset, whereas CI-AI gets progressively worse as time elapses. In addition, patients that have TIA/CI-AI have had a past history of cardiovascular disease or diabetes mellitus.

Idiopathic vestibular neuronitis (IVN) usually occurs in patients over the age of 60 years. Occasionally it can occur earlier in life. It is characterized by sudden onset of severe vertigo associated with nausea and vomiting.

This may be associated with tinnitus or hearing loss. There are multiple causes for IVN but they are not well understood. The pattern on the head CT scan may suggest an inflammatory process in the brain stem or cerebellum. MRI scans can help confirm this diagnosis as well as rule out other causes of vertigo such as stroke or tumor in the cerebellum or brain stem.

The following risk factors increase a person’s chance of having a cerebral infarction:

Smoking. Smoking raises the risk of developing a stroke by two to three times.

Obesity. People who are obese are at increased risk of stroke because fat cells release substances that can damage blood vessels.

The treatment of cerebral infarction with acutely isolated vertigo is mostly symptomatic. The patient should be kept in a supine position and given intravenous fluids. The head of the bed should be elevated to help reduce the risk of aspiration. If the patient has nausea, vomiting, or a headache, these symptoms may be treated with antiemetics (drugs that reduce nausea and vomiting), such as metoclopramide (Reglan) or prochlorperazine (Compazine).

If a stroke is suspected, the doctor should order a computerized tomography (CT) or magnetic resonance imaging (MRI) scans of the brain to confirm whether there has been any damage to areas that control balance and eye movements.

The prognosis of patients with cerebral infarction and acutely isolated vertigo is good. In the majority of cases, vertigo completely resolves within a few days. In most cases, all other neurological symptoms also resolve quickly. Patients who have had a subarachnoid hemorrhage and have persistent post-traumatic vertigo should be monitored closely as they may develop hydrocephalus or brain damage.

In patients with multiple vascular risk factors or a previous history of vascular disease, the prognosis is less favorable than in those with none or only one risk factor.

Patients who have had repeated episodes of transient ischemic attacks (TIAs) are at increased risk for permanent stroke or death from cerebrovascular disease. The incidence increases with age and the number of TIAs suffered prior to the stroke event.