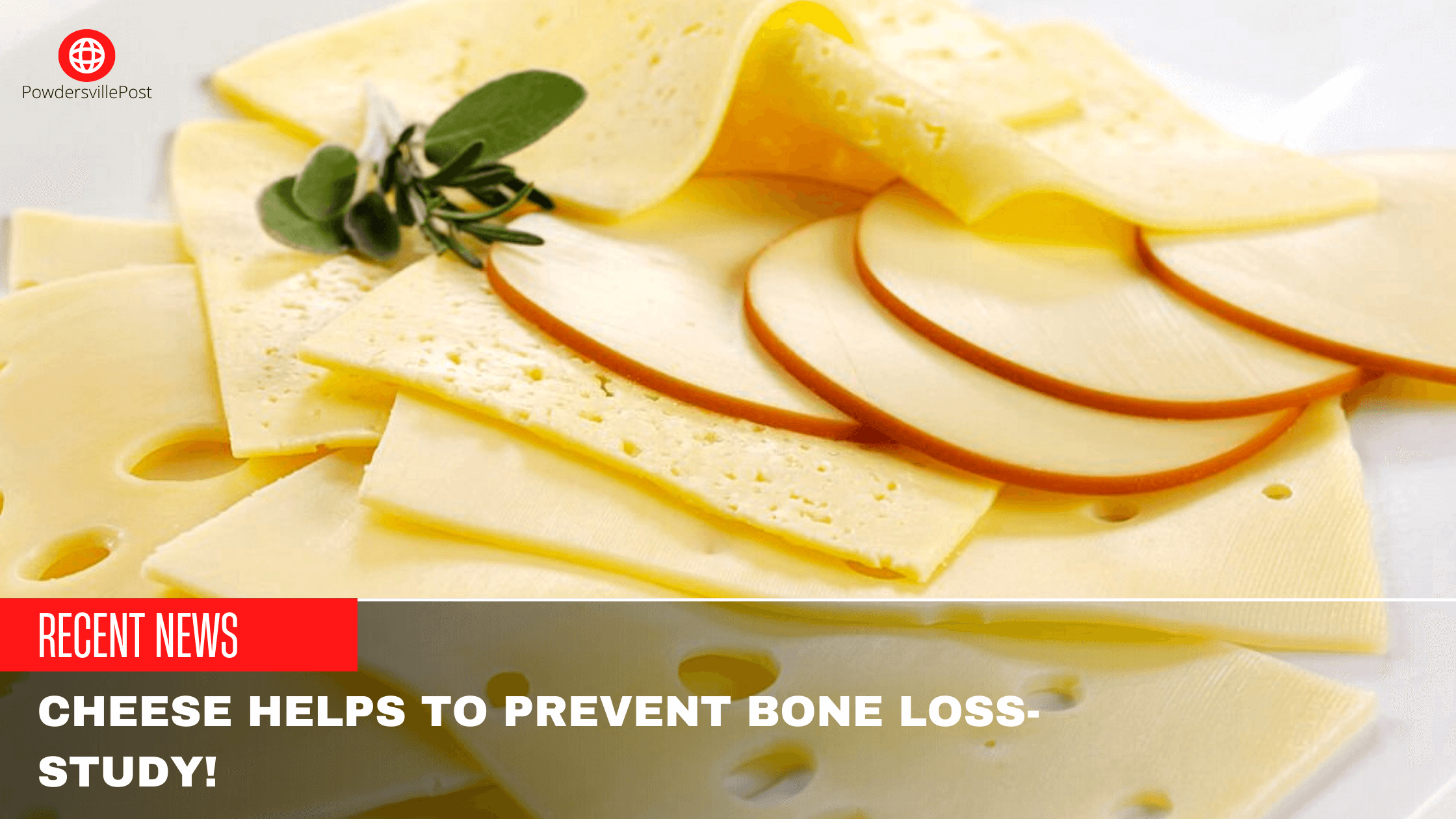 In a new study, researchers found that eating one of Norway’s most popular cheeses may help prevent bone loss.

According to the findings, a small amount of 57g of Jarlsberg can help prevent bones from weakening without raising cholesterol.

Benefits Of Cheese: How It Works On Body?

The health benefits of Nordic dairy products are said to be unique and not found in any other cheese, according to researchers.

There are holes in Jarlsberg cheese, which is made from cow’s milk and has a nutty, mild, and semi-soft texture. It’s named after a town in Norway’s eastern region.

More research is needed, however, according to the scientists, before the cheese can be used to avoid osteoporosis or assist in preventing diabetes.

Osteocalcin, a hormone that helps build strong bones and teeth, was found to be increased by it in previous studies. Before, it wasn’t apparent if the connection only extended to Jarlsberg cheese or if it was general.

For six weeks, a group of healthy women was randomly assigned to receive either 57g of Jarlsberg cheese or 50g of Camembert cheese.

The average age of the participants was 33, and they were all in good health. They were then instructed to eat Jarlsberg for the next six weeks instead of Camembert.

Jarlsberg has a higher concentration of vitamin K2 than Camembert, however, both kinds of cheese are high in fat and protein.

Vitamin K2 can be found in animal products like the liver, as well as in fermented foods like cheese, such as kefir.

Participants’ blood was tested for osteocalcin and a peptide (PINP), two key proteins that aid in bone renewal and youth maintenance.

People who ate Jarlsberg saw an increase in bone regeneration and vitamin K2 levels in their blood after six weeks.

Some indices of bone health decreased among Camembert eaters, although the levels of PINP remained stable. After switching to Jarlsberg, both PINP and the chemical and biological indicators rose dramatically.

People who switched from Camembert to Jarlsberg had lower cholesterol levels than those who ate the same amount of Camembert.

🔵 Fermentation Foods May Help To Improve Your Microbiome

People who ate Jarlsberg had a 3% drop in blood glucose levels, but those who ate Camembert saw a 2% increase.

The glucose levels returned to normal after switching to Jarlsberg.

People who ate Jarlsberg saw a decrease in calcium and magnesium levels, which can damage bones, while Camembert eaters had no change.

DNHA, a chemical produced by cheese-producing bacteria, has been shown in previous research to minimize bone thinning while increasing bone tissue growth.

As a result of these findings, osteocalcin levels have risen sharply. Studies have shown that consuming Jarlsberg cheese every day has a favorable effect on osteocalcin, various indicators of bone turnover, as well as glycated hemoglobin and lipids.

NNEdPro Global Centre for Nutrition and Health Executive Director Professor Sumatra Ray said: “This study indicates that while calcium and vitamin D are known to be critically important for bone health, other crucial variables such as vitamin K2 are probably not as well known.”

In a nutritional study, cheese has been viewed as a homogeneous food item. However, this is no longer the case because of the variety of preparation methods.

“This should be examined in future research.”

According to the researchers, “This is a very tiny study, and the results should be regarded with the utmost caution.” Not all cheeses are created equal, and this should not be regarded as an endorsement of one over another.