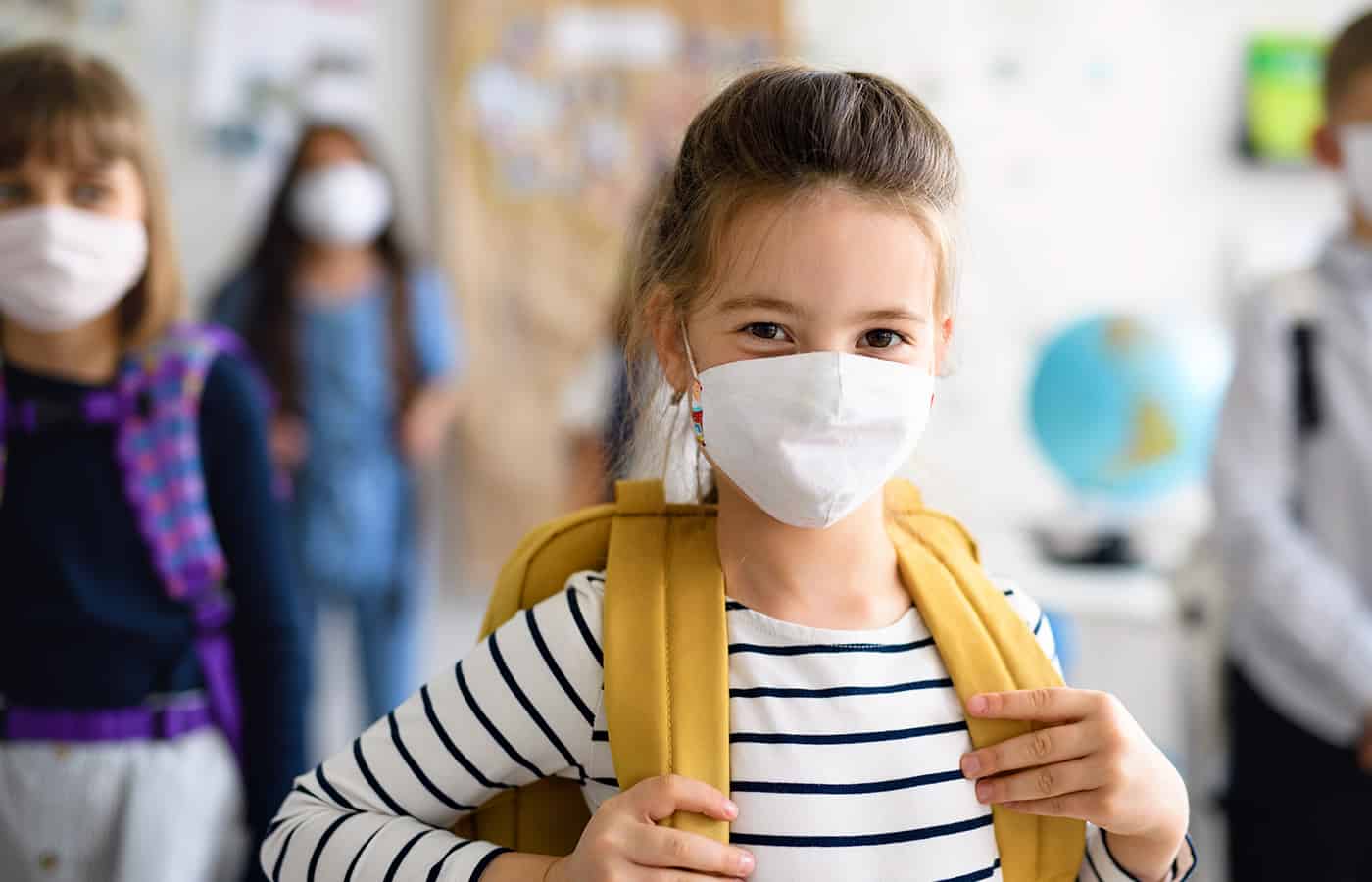 The waning phase of Corona has ignited new hopes for the education departments all over the US, to reopen the study centers once again. Although new cases are being recorded daily, and the graphs threatening to spike up, school authorities are eager to resume the in-person learning procedures. However, whether the staffs and students need to wear masks or not, has put many in utter confusion as to the policymakers tussle over each other.

Should The Children Go With Or Without Masks? Pediatricians Vs Policymakers

Washington’s Department of Health has envisaged the use of masks indoors for all school personnel, students, or visitors, irrespective of their vaccination status. California followed suit stating the necessity of wearing a mask to school and that anyone who refused to do so, would be turned away.

The Education Departments of California and New Mexico have stated that the safety of the school members should be ensured for a successful retreat.  However, the enforcements would be depending on the individual districts.

The American Academy of Paediatrics (AAP) has enlisted new rules regarding Covid-19 which enforces the masking of children below the age of 2, possibly keeping in mind, the increasing number of transmissions in Los Angeles County. The US Centers for Disease Control and Prevention (CDC) have also emphasized the reopening of schools. However, it poses a lesser stringent law that does not require masking for fully vaccinated individuals indoors.

Dr. Anthony Fauci, Director of the National Institute of Allergy and Infectious Diseases opined, that, with such a large percentage of people who are unvaccinated, the strictness of AAP is reasonable enough as it is concerned about the safety of millions of Americans against the invisible enemy.

The CDC, however, has left it open for local enterprises. They can take decisions based on the seriousness of their community’s Corona cases. Fauci, nonetheless, noted the confusions that can arise due to such differences in opinions of governing bodies.

There are many states like Connecticut, Hawaii, New Mexico, New York, Virginia, and Washington that are following the AAP guidelines, where masks for school goers have been mandated. But most are in conflict with these rules. Henry Mc Master, the governor of South Carolina, initiated an order that exempts students from wearing a mask.

He suggested that the parents or local guardians be provided with a form, that will allow them to opt-out their child from wearing a mask in public schools. In Iowa, Texas, and Georgia, all the governors have signed bills or orders passed by the legislatures against the use of masks indoors, leaving very little in the hands of the school authorities to implement the mandates of wearing a mask to school.

The governor of Utah has also fallen into the same lines. However, it does leave a provision for mask requirement, in places of outbreaks, but only under the guidance of local health authorities.

With an array of implementations from the side of the policymakers, the well-wishers are confused as to what should be followed. After such a long term when finally the children were hoping for a new start, confusions keep them away from their learning grounds.