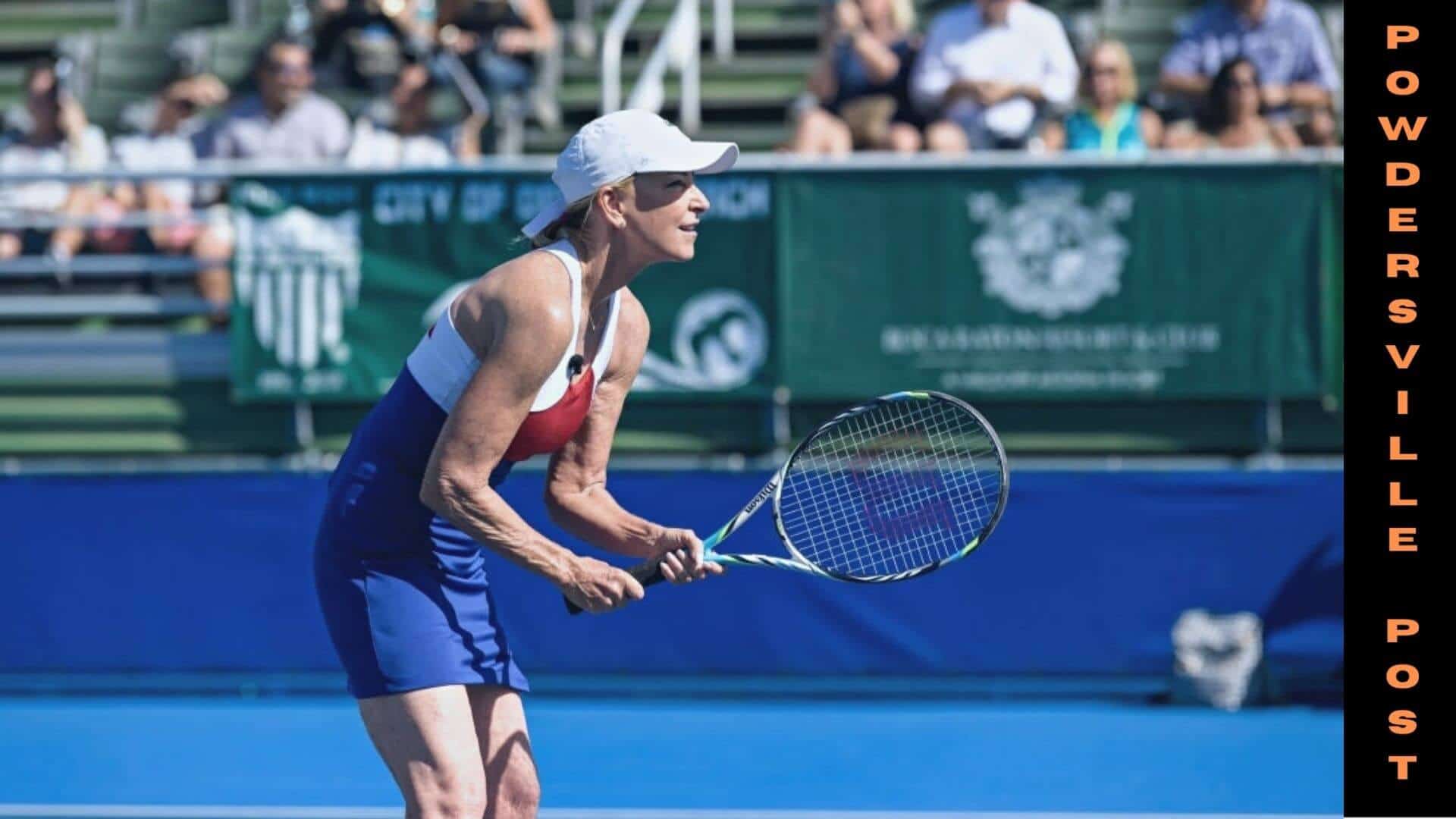 The 67-year-old former tennis player was diagnosed with stage 1C ovarian cancer last month after a preventive hysterectomy revealed the same. She even considers herself to be lucky that her cancer was detected at a very early stage before it spread to other parts of her body. She is very hopeful of getting positive results from her chemotherapy.

She had the first round of chemotherapy this month, out of a total of planned 6 rounds. She took to Twitter to make the announcement, and ever since her announcement, Twitter was flooded with get well soon messages from her fans and well-wishers all over the world.

She has a family history of ovarian cancer; her younger sister Jeanne Evert Dubin died from ovarian cancer a few years back, at the age of 62. Unfortunately for her sister, the diagnosis was late and the disease had already spread.

Dr. Joel Cardenas of the Gynecology and Oncology Department at Cleveland Clinic, Florida, gynecologist of Chris Evert, says the majority of ovarian cancer is detected at later stages, and so he advises regular screening and regular appointments with gynecologists.

She is one of the most successful female tennis players to date. She was born in 1954, in Fort Lauderdale, Florida, and started playing tennis under the guidance of her father. Her professional debut dates back to December 21, 1972, at the age of 18.

Ever since then, she has received many accolades in her professional career. She is credited with defeating Navratilova for the first time in a professional event in Ohio. She also holds the credit of being the first female athlete to earn $1 million career prize money and the first female athlete to host “Saturday Night Live.”  She remained the world’s No. 1 tennis player for 7 years, from 1974 to 1978 and again consecutively in the years 1980 and 1981.

She was voted the Greatest Woman Athlete of the last 25 years in the year 1985. She was awarded the Philippe Chatrier award and became a Tennis Hall of Famer in the year 1995.

She joined ESPN in2011 and is still working with ESPN as an analyst and commentator and has covered the Australian Open, Wimbledon, and the US Open.

She and her brother founded the Evert Tennis Academy in 1996, in Boca Raton, Florida, which offers both part-time and full-time training to professional tennis players, where she is mentoring many young athletes. She even collaborated with Tail activewear and launched a new line of women’s tennis and active clothing, known as the Chrissie by Tail collection.

She plans to participate in ESPN’s coverage of the Australian Open remotely from her home, which begins from January 17 and goes through January 31.

Chris Evert remains an inspiration to millions of her fans and followers. She expects that her struggle with her diagnosis and her chemotherapy sessions will be helpful to others who still have the stigma of cancer.

While she inspires many, her sole inspiration is her sister, whom she lost in her battle with ovarian cancer. Her advice to all is to take proper care of themselves, no one’s family history, and to make sure to know of all changes that one’s body is going through.