Chuck Hagel, Former Secretary of Defense, said that if Trump had called the troop’s losers, it was despicable and not suitable for a person of his stature. As a person who is in charge of the armed forces of the country, this statement does not suit him. The recent Atlantic reports claim that anonymous sources have confirmed that Trump had called the dead and wounded soldiers as losers and suckers. 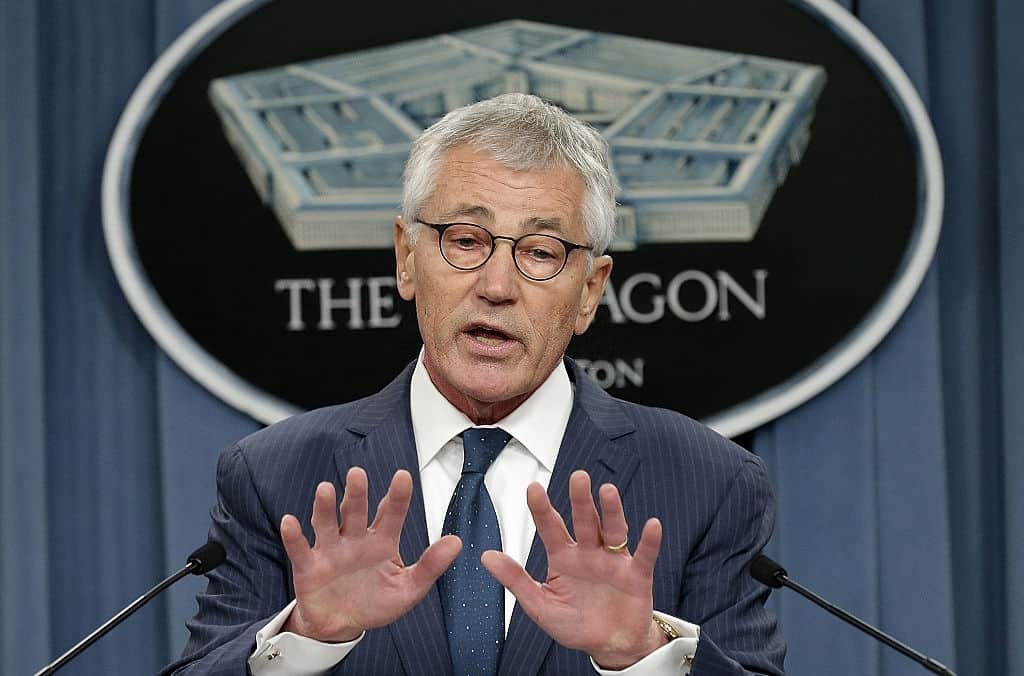 Reacting to the incident, Trump said to reporters that he would be willing to swear on anything that he did not say such things about the armed troops. He also added that no one respects the armed forces than him, and he has always held them in high regard. After reports of Trump’s alleged statements came in the Atlantic report, many other media outlets have also confirmed the quotes. This has not gone down well with the President, who is busy with the last phase of the election campaign. Hagel is a Vietnam War veteran and also a two-term Republican senator. He was talking to reporters and commented on Trump’s remarks about the armed forces. He said that if Trump had made such statements about fallen heroes of the armed forces, it was truly despicable.

Hagel added that even though such reports about Trump were based on anonymous sources, his past actions and comments about previous armed forces veterans tell a different story. He cited past comments of the President about Sen John McCain and other former military generals who served in his own cabinet, including Secretary of Defense James Mattis, John Kelly, and former national security adviser William McMaster. He said that if you look at the previous comments of Trump about John McCain in 2016, you will know that Trump does not have much respect for veterans of the armed forces. Hagel also reminded how Trump had degraded the services of McMaster and Mattis in the past. Trump was also involved in making some negative comments about Kelly in the recent past.

Hagel said that if you take a look at what he has done in the last four years, you can understand his thinking about the armed forces. Back in 2018, Trump failed to attend a ceremony in France to honor the war dead of America. Even though he was in France at that time, he did not attend the event that was held at a military cemetery. Trump had claimed that it was due to bad weather, and the helicopter could not land in the cemetery. The security forces had said that it is not a good idea to drive in a congested road to the cemetery, and that is the reason he canceled the visit to the ceremony. Hagel pointed out to such incidents and said that he could not go to that event even though it was attended by other leaders of France, Canada, and Germany. When every other leader drove to the location, why Trump did not visit the location to honor America’s war dead, questioned Hagel.

He added that Trump’s previous actions and statements about the armed forces say a lot about his mindset, and this only corroborates with what is being mentioned in the Atlantic report. Hagel also called for anonymous sources to come forward and identify themselves so that other service members will be able to resonate with the issue. He said that it was important for the future of the country and asked the anonymous sources to show some courage and come forward to make a statement in this regard openly. He also said that Trump supporters would, however, not believe such reports even when sources came forward and openly declared such statements mentioned in the Atlantic report. He added that this was the reality of politics and freedom of expression in the country, and people could believe what they want to believe. However, the issue has also got some support for Trump from other officials.

Former US Ambassador to the United Nations Nikki Haley said that she had witnessed Trump’s love and respect for the military when she worked in his office. She added that Trump was determined to protect them, and they had many conversations in NSC meetings about protecting the armed forces. Nikki Haley also tweeted about the issue and called the Biden campaign to take down an advertisement that was based on the Atlantic report. Another veteran officer to come to Trump’s rescue was Robert Wilkie. Veterans Affairs Secretary Robert Wilkie said that he had never heard Trump talk about the troops in a derogatory manner. He added that even he would be offended if the statements in the Atlantic report were factual. He, however, questioned the credibility of the anonymous sources. He added that he would always judge a man by his actions and credited Trump for starting a renaissance at the VA.

He confirmed that the actions of Trump had been very beneficial for the veterans across the country, and this was done in a manner that was never seen since the end of World War II. He praised Trump for his support to the armed forces. Treasury Secretary Steven Mnuchin also came in support of Trump and said that Trump always extended support to the military in a fantastic way. He had enormous respect for the armed forces and generals. He also recalled his visit to Arlington on Memorial Day along with Trump and said that he had listened to Trump on those occasions, and he had also seen Trump visit the anniversary of World War II. He said that it was an emotional experience, and the President respected and supported the US military like never before. In this way, the issue of Trump’s remarks on the armed forces has become a hot topic for discussion in the political circles. While Biden supporters criticize Trump for such behavior, supporters of Trump have said that there is no truth in the allegations of anonymous sources, and they always believe that Trump has enormous respect for the armed forces.