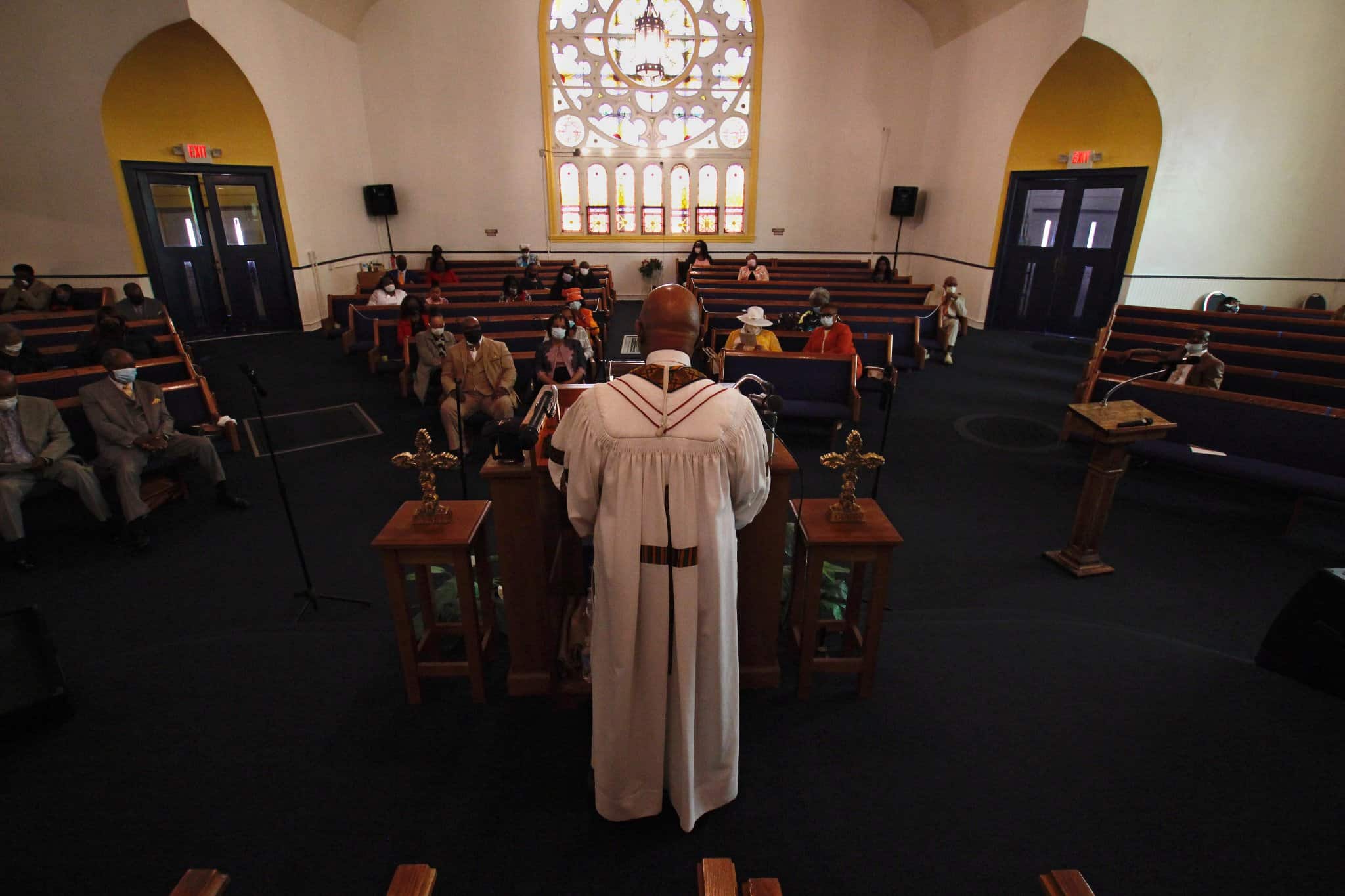 The Rev. Joseph Jackson Jr. praises the Lord in front of his congregation every Sunday at Friendship Missionary Baptist Church. However, he has been touting something else that his Black community requires since last fall: the COVID-19 vaccination.

Some want to expand their activities beyond the fight against COVID-19 and provide a venue for their congregations to seek health treatment for other diseases in a place they trust – the church.

Choose Healthy Life, a national campaign involving Black clergy, United Way of New York City, and others, has received a $9.9 million grant from the U.S. Department of Health and Human Services to expand vaccinations and make permanent the health navigators who already are performing coronavirus screening and immunizations in churches.

The navigators would ultimately bring in experts for flu vaccines and screening for diseases common in Black communities, such as heart disease, hypertension, diabetes, AIDS, and asthma. The initiative seeks to alleviate Black communities’ apprehension about obtaining health care, whether due to racism or a long-held skepticism of science and government.

In the first three months, the campaign was responsible for nearly 30,000 immunizations in 50 churches in New York, Newark, New Jersey, Detroit, Washington, D.C., and Atlanta.

The government funding will assist expand the group’s initiative to 100 churches in 13 states and the District of Columbia, including rural regions, and will help build an infrastructure for the health navigators to begin screenings. Quest Diagnostics and its charity have already contributed cash and testing assistance.

Choosing healthy life anticipates being involved for at least five years, after which organizers believe governance and financing will be handled locally, potentially by health departments or in collaboration with federally sponsored health centers, according to Fraser-Howze.

The project also intends to hold workshops on common health concerns in churches. Some churches already operate health clinics, and Fraser-Howze, who chaired the National Black Leadership Commission on AIDS for 21 years, hopes it will encourage more churches to follow suit.

She believes that the Black church will have to serve as a bridge between faith and science.

According to the Milwaukee Health Department, approximately 43 percent of all coronavirus-related deaths have occurred in the Black community. According to census figures, Blacks make up around 39 percent of the city’s population. Pastors United, Milwaukee Inner-City Congregations Allied for Hope, and Souls to the Polls have already administered vaccines to at least 80 churches in the city.

According to Brookings Institution research, Milwaukee is one of the most segregated cities in the country. That is why, according to Ericka Sinclair, CEO of Health Connections, Inc., which provides vaccines, placing vaccination sites in churches and other trusted areas is critical.

Everyone does not have equal access to services. It simply isn’t. And it’s just one more reason why, when it comes to health equity, individuals need to rethink their approach, she says.

She is also seeking to increase the number of community health workers supported by insurance companies, especially Medicaid.

Milwaukee Inner-City Congregations Allied for Hope, a faith-based group that works on social concerns, was participating in the church immunization initiative. According to Lisa Jones, Executive Director and Lead Organizer, the impact of COVID-19 on the Black community has underlined the need to address race-related inequities in health care. The organization has recruited another organizer to address inequities in healthcare services and housing in the inner city, as well as lead poisoning.

Melanie Paige overcame her anxieties to be vaccinated during a recent vaccination clinic in Milwaukee at St. Matthew, a Christian Methodist Episcopal church. Paige, who has lupus and rheumatoid arthritis, said the church clinic, as well as support from her son, helped inspire her.

She felt more at ease since she belonged to the church and knew she had spent her entire life there. As a result, it became less difficult.