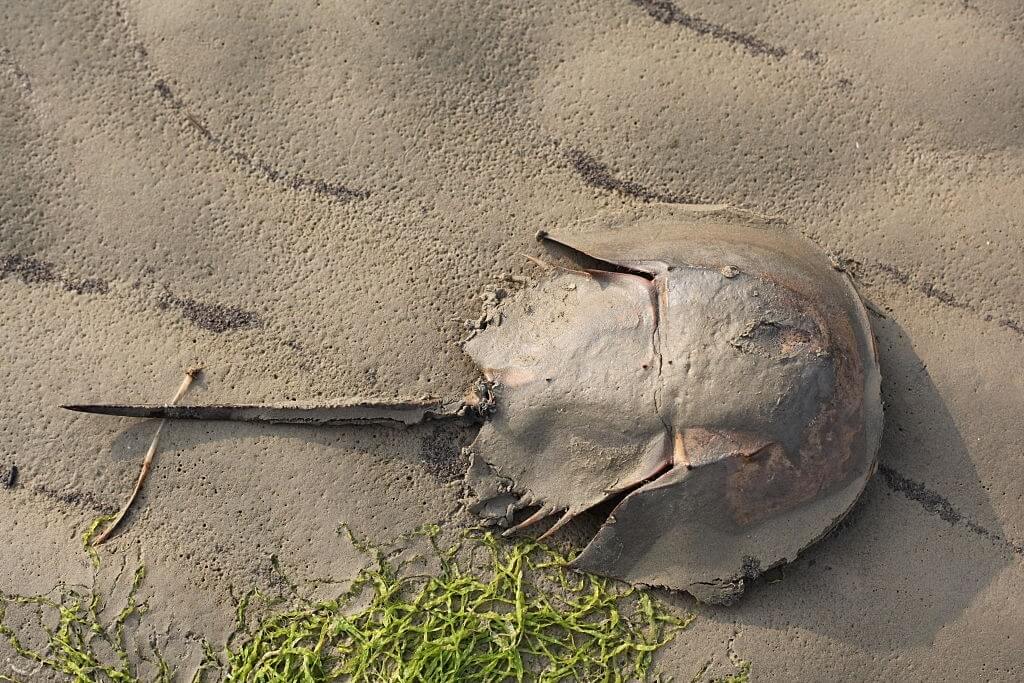 The stunning, milky-blue blood of horseshoe crabs is a key component of testing to guarantee injectable medicines such as coronavirus vaccinations are not contaminated. It’s one of the weirder, lesser-known elements of U.S. healthcare. Harvesters bring thousands of the animals to labs each year to be bled and then release them back into the ocean, a procedure that has attracted criticism from environmentalists since some of the species do not survive the treatment.

The plasma, which is blue owing to the presence of copper, is prized for the proteins it contains, which are used in the LAL test, which is a procedure used to check medical goods for germs. Because synthetic substitutes are not generally recognized by the health care sector and have not been authorized by the federal government, blue crabs are the sole domestic source of this critical component.

Horseshoe crabs, aquatic arthropods with long tails that resemble helmets, are more closely related to scorpions than crabs, and they are more ancient than dinosaurs. It is estimated that they have been crawling over the brackish bottoms of coastal seas for several hundred million years. According to the South Carolina Department of Natural Resources, their eggs are regarded as a major fat source for more than a dozen species of migrating coastal birds. The importance of horseshoe crabs in preventing infection was discovered in the 1950s when scientists studying their immune response introduced germs into horseshoe crabs for research purposes. They eventually came up with the LAL test, which has been in use since the 1970s to ensure that medical materials and equipment are completely free of bacteria and germs.

As per the Atlantic States Marine Fisheries Commission, the number of crabs used in biomedical research increases, with 464,482 crabs being sent to biomedical institutions in 2018. According to company officials, Charles River, a Massachusetts-based company that tests 55 percent of the world’s injectables and medical devices such as IV bags, dialysis solutions, and even surgical cleaning wipes, is the only one that does so in South Carolina.

Charles River is headquartered in Massachusetts. When the crabs come ashore to lay their eggs, a short yearly window allows Charles River to hire a local fisherman to collect the crabs by hand, a procedure regulated by wildlife authorities and only possible for a brief period of time each year.

Workers transport them to the company’s bleeding facility, where they are subsequently returned to the seas from where they were rescued. Jordan estimates that his harvesters can bring in 100,000 to 150,000 horseshoe crabs in a year, but this is still insufficient to meet the increasing demand. It is not without its detractors, some of whom claim that bleeding these crabs and dragging them back and forth is detrimental to the animals’ health. According to the National Oceanic and Atmospheric Administration, it is estimated that 10 percent to 15 percent of collected crabs die during the harvesting process. According to the International Union for Conservation of Nature, the species is “vulnerable” in general, with declining populations as per a 2016 assessment. According to the commission, the Atlantic States Marine Fisheries Commission rated the 2019 stock as “excellent” in the Southeast but “poor” in regions surrounding New York.

Conservationists filed a lawsuit against the United States Fish and Wildlife Service last year, alleging that the agency was ignoring its responsibility to preserve places such as South Carolina’s Cape Romain National Wildlife Refuge by permitting horseshoe crab harvesting. They claimed that removing the crabs would have an adverse effect on other species in the protected region. A federal court temporarily stopped the harvest, but the decision was overturned when Charles River filed an appeal.