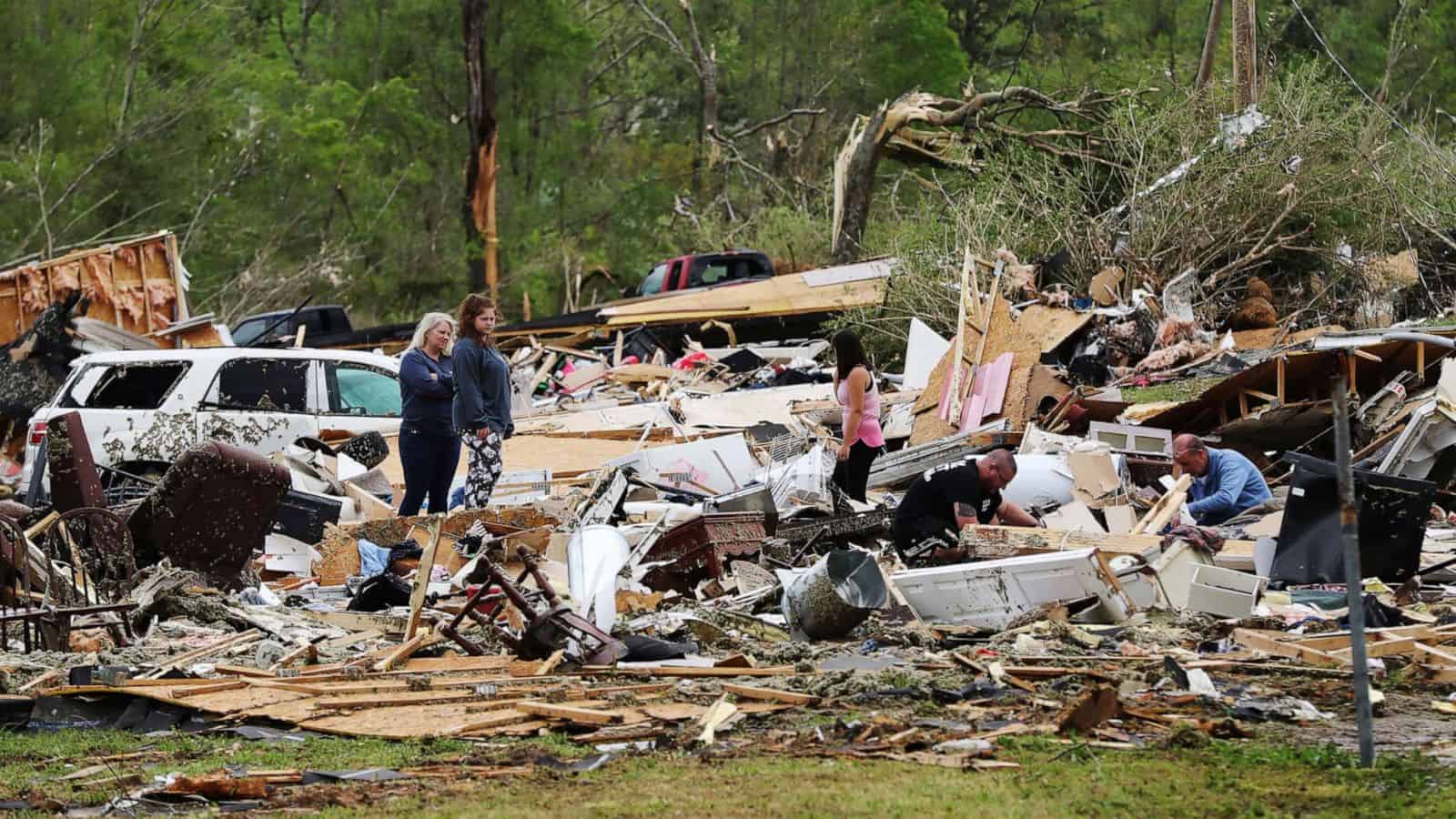 A tornado hits Brunswick County in North Carolina on late Monday hours. According to the officials, 3 people were killed, and at least 10 were injured during the tornado. A lot of destruction is also reported due to the tornado.

The tornado was rated as high-end EF3 as per the Enhanced Fujita damage scale. The winds during the tornado were estimated to be at 160 mph. The ratings of the tornado were confirmed on Tuesday by the national weather service in Wilmington.

Gov. Roy Cooper tweeted that dozens of homes were damaged by the late Monday tornado.

The Brunswick County Commissioner Randy Thompson declared the tornado to be a very tragic event for the community and the country.

The director of the Brunswick County emergency services, Ed Conrow, said that the tornado has mostly damaged the Ocean Ridge Plantation community. Most of the destruction in the area is reported from that particular community.

Trees were uprooted at Ocean Isle Beach, cars were flipped, and the severe tornado ripped the homes.

According to Conrow, all the necessary steps are being taken to handle the aftermaths of the tornado. Emergency responders are looking for and securing the gas leaks. They are also searching through the affected homes that were impacted during the tornado on Monday and Tuesday.

Brunswick County is the southernmost county in North Carolina.

Conrow, however, reported that till now, no person is reported missing in the tornado.

The tornado hit Brunswick County on Monday at about 11:35 p.m. The place’s residents found themselves in the middle of a tornado accompanied by thunderstorm and horrible lightning.

One of the residents, Kate Gentle, told CNN that no one was expecting and prepared for a thunderstorm. It came as a surprise and shock to them. The thunderstorm was not at all expected that night in the middle of winter, and that it came almost unannounced.

The community near the coastal area of Brunswick County was affected most. The residents are used to getting tornado warnings even during the forecasts of hurricanes.

But this time, the residents claimed that the sound of the wind, trembling of the floor, and the storm itself was different. It was never experienced before.

Some of the houses were severely damaged during the tornado, and people are bearing huge losses.

According to Sheriff John Ingram, the damage due to the late-night tornado can be described as a lot of destruction. If one looks around, everything is just destroyed.

The Sheriff told CNN that the destruction is so severe that the recovery process can be expected to be extremely slow. It is going to take a long time to get a full recovery.

According to a 2019 United States census report, about 140,000 people are residing in Brunswick County in North Carolina.

It is reported that the tornado that hit coastal North Carolina on late Monday hours is a part of the larger weather system that is causing havoc throughout the US. The weather system has brought brutally cold temperatures to most of the regions in the United States.

The weather system also includes the Paralyzing icing storm that has led to massive power outrages in Texas and had walloped the residents in cold and icy weather.