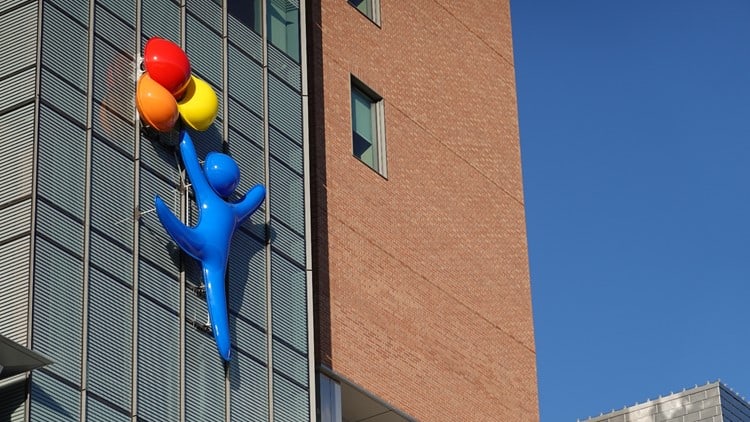 Youngsters and teenagers are suffering from melancholy and anxiety at such a high rate fifteen months into the pandemic that several Colorado children attempt suicide every week. This is both unacceptable and upsetting.

Children’s Hospital Colorado has declared a state of emergency for pediatric mental health for the first time in the hospital’s 117-year existence. It is the hope that they will be able to gather support in the face of an unprecedented mental health catastrophe. Unfortunately, the terrible fact is that the most common reason children visit their emergency departments is because they are suicidal. ER visits for severe anxiety and depression and feelings of loneliness, disconnectedness, and despair are up 72 percent throughout the system compared to the same time in 2019.

In addition to increased diagnoses of anxiety and depression and suicidal thoughts and attempts, they anticipate an increase in substance use and abuse, as well as students’ inability to make meaningful educational progress – all of which will have long-term emotional and economic consequences. Even younger children, especially infants, are bearing the brunt of the burden. They are observing developmental regression in young children, such as increased tantrums and difficulties sleeping, toileting, and eating.

Even though they have spent the last decade developing their pediatric mental health services, it is far from sufficient. For example, there aren’t enough beds for children who need mental care. To make matters worse, a shortage of financing prompted the closure of many pediatric residential treatment institutions across the state.

Suicide has become the primary cause of death among Colorado children beginning at the age of ten, which is nothing short of a tragedy. Worse, the problem isn’t limited to their state. According to the Centers for Disease Control and Prevention, before COVID-19, the national suicide incidence among adolescents and young adults aged 10 to 24 grew by 57.4 percent from 2007 to 2018.

A generation of children who were already struggling with feelings of hopelessness and isolation has now spent a year without the resources and social interactions that served as lifelines for them: school, nutritional and social services linked to the school, sports, and social events with other children and extended family.

They are also aware that children from underprivileged minority groups have already been disproportionately impacted by mental health concerns and a lack of treatment and would suffer at a higher rate during the pandemic. The previously behind students are now so far behind that catching up seemed virtually unattainable to many. Children who have previously experienced dysfunctional family dynamics have been unable to find shelter in school or extracurricular activities. Children have suffered as a result of their parents’ job losses, grief, increasing drug addiction, and housing and food instability.

It’s past time to halt this tragic trend. Giving children what they require will necessitate large-scale, concerted activity. Staffing and support for mental health must be provided in schools for young people to succeed. Yet, all too frequently, there are gaps in the available supports, services, and staffing, and the epidemic has compounded this situation. They must use everything from financing and broad public policy reforms to political lobbying and everyday talks on mental health between children and the people who care for them.

When it comes to financing for mental health, children are left behind. States should be compelled to devote a specific portion of their budgets to children’s mental health, and they should suffer repercussions if they do not.

As individuals emerge from the ravages of COVID-19 and find the light at the end of the tunnel, they must focus not just on the physical well-being of their children but also on their mental health, which has become life-threatening in far too many cases. The children are entitled to a future.