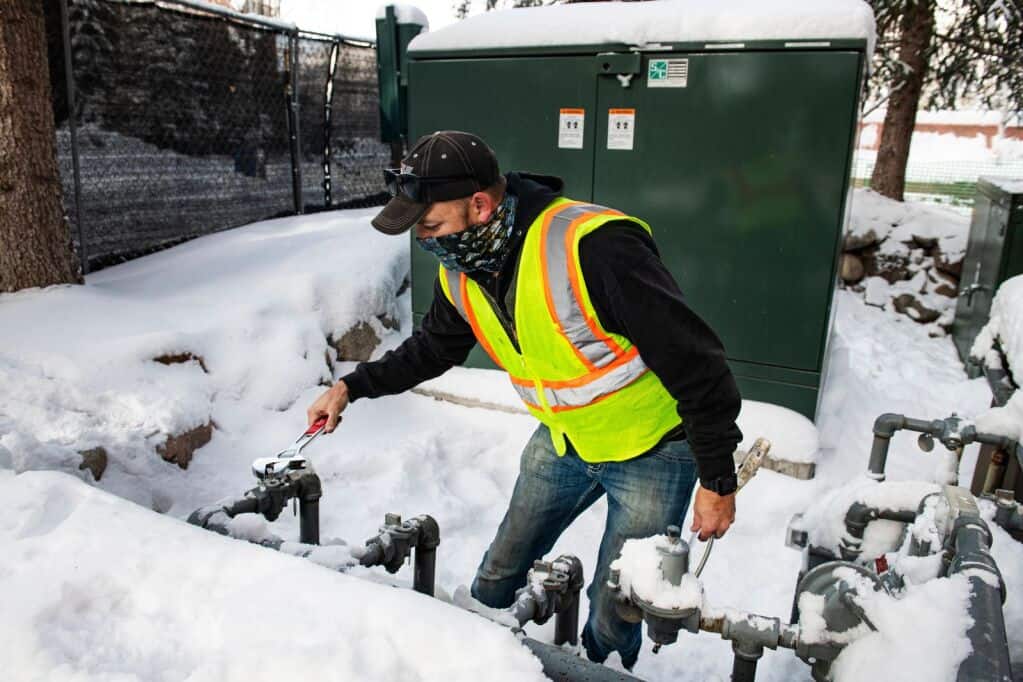 Thousands of customers across Colorado remained without heat and hot water even as temperatures continued to freeze.

The recent incidents of vandalism damaged the natural gas pipes, and this has created a lot of problems in this region.

The police department is investigating the matter and trying to identify the groups that were involved in vandalizing the gas pumping site.

FBI agents are working with local detectives to look into the vandalism that damaged 3 locations. The interesting thing about the damage is that all three locations were vandalized at around the same time.

Considering the events, the authorities are of the opinion that this appears to be a planned attack to cause destruction to public property.

The authorities were struggling to restore the services as heavy snowfall, and freezing temperatures made it difficult for the authorities to work on the restoration.

Thousands of heaters were left without heat and hot water due to natural gas outages. It has become very difficult for customers to survive in below-freezing temperatures without heat or hot water.

Technicians were working hard to restore the damaged pipelines, and they had to shut down 3500 gas meters in Aspen.

The Restoration work has become difficult as the technicians have to go to every house and shut off the meters before pressure testing the system.

Black Hills Energy has predicted that Gas Service could be fully restored by Wednesday. The company has said that they have managed to restore close to 65% of service, and the technicians are working hard in tough weather conditions.

The company executives said that their goal was to restore natural gas service at the earliest and also in a safe manner.

The company also issued a statement that technicians were working even during the night time on the Restoration work.

As of Tuesday, about 2000 Colorado customers were able to get access to heat and hot water. However, several others who did not get access to natural gas suffered a lot due to the cold weather conditions.

The local authorities have indicated that the natural gas lines were damaged due to vandalism. A state of emergency is declared in Aspen, and authorities are working hard to restore the supply of natural gas to thousands of customers.

Under normal circumstances, a problem with the natural gas line can be repaired within a matter of a few hours.

However, as the supply lines are damaged in three different locations, it has affected thousands of customers at once, and there are very few technicians to handle this emergency situation.

Apart from that, the freezing temperatures have made rescue operations very difficult, and technicians are struggling hard to restore the Natural gas supply to thousands of households.

The customers are left helpless in this situation as they cannot even blame the service provider for the lack of supply.

The issue happened due to vandalism, and a thorough investigation will help the authorities to identify the groups behind the attack.

There are a lot of safety issues that need to be considered while working on natural gas lines. The technicians are very careful in this regard, and they want to restore the services in a safe manner so that further problems do not arise in the near future.

The technicians had to shut off thousands of gas meters and visited every household to pressure test the system.

In this way, they can safely come to the conclusion that there are no issues with the pipeline in the vicinity.

This is a time-consuming process, and technicians are working hard even in tough weather conditions. The company expects that service would be completely restored in the next two days.