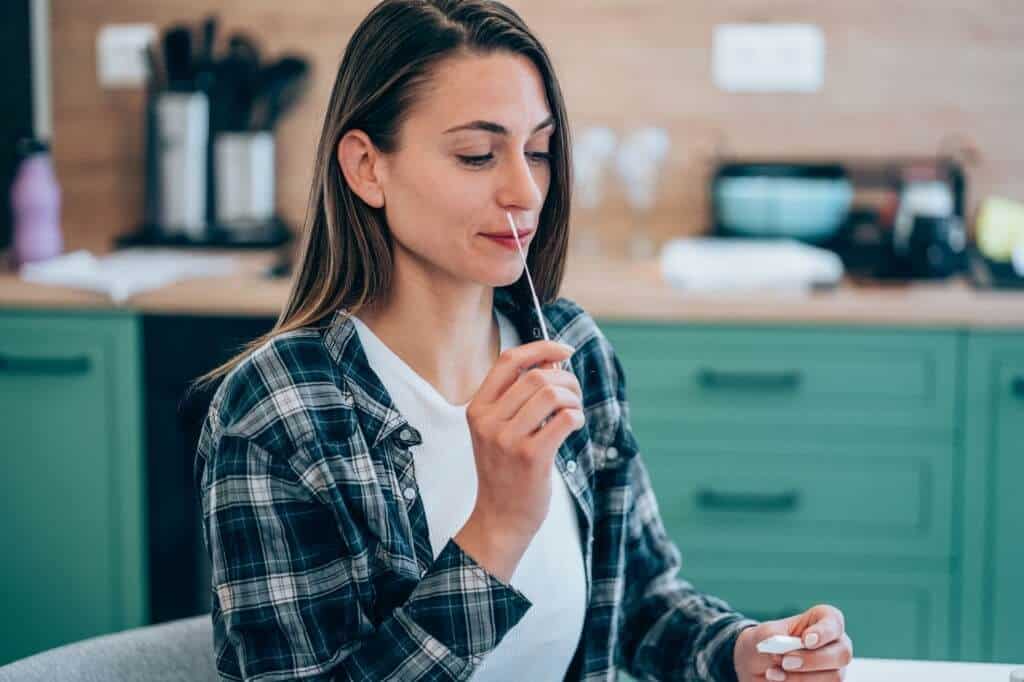 The surge in the Covid-19 cases recently has puzzled the Americans over the cost of the rapid at-home test kits that have seen a massive scale in the last few months. The test kits are available at a cost of $10 or $15 over the counters and are largely sold out at online platforms.

When a larger section of people from other countries can avail them either free of charge or at a very nominal cost, why do the Americans need to shell out the extra money even after a push from the Biden side?

Companies Under The Biden Administration Are Burdened

President Joe Biden has announced the production of 280 million rapid test kits through the Defense Production Act and that Walmart, Amazon, and Kroger would sell the tests for up to 35% less. Also for those under Medicaid, the costs would be fully covered.

Nonetheless, Americans still need to spend an amount of $23.99 for the test kit of Abbott Laboratories BinaxNOW and $15 for Quidel’s QuickVue tests. CVS has already limited the number of kits to be bought and Amazon and Walmart have exhausted their supplies.

Epidemiologists opine that rapid testing along with vaccinations and masks can bring down the number of infections. However, the shortage of supply and high prices is going against the situation. An increase in supply would reduce the prices automatically. An assistant professor of epidemiology at Harvard said that the 280 million tests announced by Biden correlate to less than one test per person annually.

Rep. Kim Schrier has also applauded Biden’s steps but said that a lot more needs to be done. She said the prices were high because the big companies had bought most of the supplies who were only concerned about their profits.

As a part of the American Rescue Plan Act, the Biden administration had allocated $10 billion to test for Covid-19 cases in schools. Earlier, about $150 million of Abbott’s Rapid test kits were bought by the Trump Government that also went for the schools. Schrier, thus, wrote to four federal agencies to update about their distribution plans as time is the most important thing to be counted on as children are resuming their schools.

As Dr. Dara Krass, an associate professor at Columbia University Medical Center has said that since these at-home kits give real-time information, people need minimum time to get the results.

Only six companies have got authorization from the FDA for over-the-counter sales of rapid tests whereas more than 30 antigen tests are said to have developed in the US. The FDA spokesperson James McKinney however defended stating submissions to be incomplete or lacking sufficient information.

In June, the FDA had asked people to stop using the rapid antigen test of Innova Medical Group as there were significant doubts about its performance. However, UK and Germany have given a positive nod for such kinds of antigen tests to be sold without hesitations.

With such a few rapid tests available and the least number of companies getting authorization from the FDA, the process is a burden for most of the people in America. Although the demand is high, most companies cannot meet the supply. The sale of Illume tests had risen by 900% over the last month. The cost of the at-home kit was $38.99 and was listed at $26.10 on the Walmart website, though it was out of stock.

This Australian manufacturer got $232 million from the Defense Department to increase its production in February, but the federal Health Care Enhancement Act that gave the funding said nothing to restrict the pricing.

When countries like Germany are selling the rapid tests at less than $1 per piece, India at about $3.50, and the UK free of charge, what has kept the US back? If the at-home tests had cost less, then according to studies, almost 79% would have regularly tested themselves at home. The 15-minute antigen tests could help people not only to save time but also from keeping their countrymen safe.