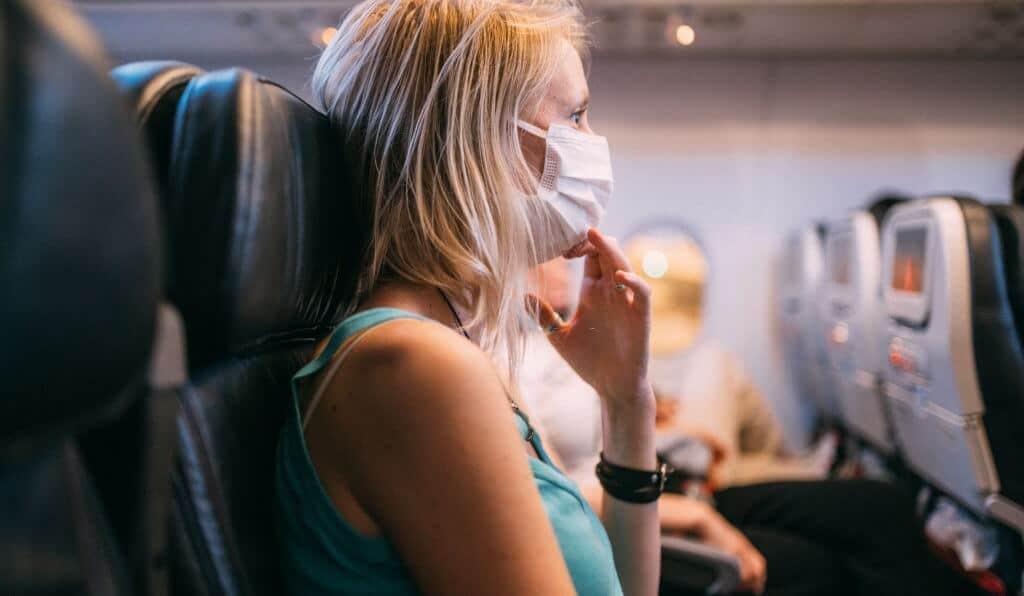 Recent research reveals that there is something commercial flights can do to bring down the rate of infection on board to nearly zero.

The peer-reviewed study appeared in the Mayo Clinic’s Mayo Clinic Proceedings medical journal. The article is a collaboration between the Mayo Clinic, the Georgia Department of Public Health, and Delta Airlines. The study showed that a PCR (polymerase chain reaction) test done within 72 hours of boarding the plane brings down the rate of infections to 0.5%. It implies that there will be five infected persons for every 10000 people.

Concerned About The Safety Of Air Travel?

When the study was conducted, the rate of infections in the country was 1.1%. This is one infection for every 100 people.

The study used the data of Delta Airline’s pre-flight testing project. It was in effect from December 2020 to May 2021. The project functioned in the following manner:

Passengers from Atlanta and New York on selected flights were allowed to fly to Italy. They did not have to quarantine upon arriving there. They had to be tested negative in a PCR test done 72 hours prior to boarding the flight. They also had to undergo a rapid antigen test upon landing at the airport.

Data from this program offers valuable insights on:

9,853 underwent the PCR test and were pronounced as COVID negative. Upon landing at the airport, four of them tested positive upon arriving there. A rapid molecular test confirmed the report. And the authorities did not let them fly.

One among those who were allowed to fly to Italy tested positive for the virus upon arriving there.

This comes down to one infection for every 1,970 people. The interesting fact is that this happened during the time when the rate of infections was the highest in the US. This, according to experts, is good news for airlines.

As per the study, one PCR test done within 72 hours of flying almost completely eliminates the need for other tests. It works wonders when the authorities combine it with vaccine and mask mandates.

The report also highlights the limitations of the study. The effect pre-flight tests may have had on passengers is one among them. Those who were suspected of being infected may have canceled the flight. The rest may be more careful in the matters like vaccination and face masks. The authors are not sure what made the number of infections this low. They only know one thing. Such a test adds up to the safety of air travel. That is what they would want to see.

The result of the study considered the strains of COVID 19 that were prevalent in the US in the first half of this year. It could not take the currently present dangerously contagious Delta variant into account. There is no guarantee that we would see the same result if the test is done today. The rate of infections is quite different from that of the past.

The study’s pilot project deployed five strategies. Two among them may be more effective in detecting infections than the others.

A rapid molecular test done at the airport may find more infections. In this scenario, the interval between the test and the journey is shorter. Combining this with a pre-flight PCR test adds up to its effectiveness.

Even in such an instance, experts highly recommend one pre-flight PCR test. Such tests are highly accurate. This way, airlines can make their flights safer for passengers.

Companies are silent today in this regard. However, such testing may become an unwritten rule for international travel in the future.