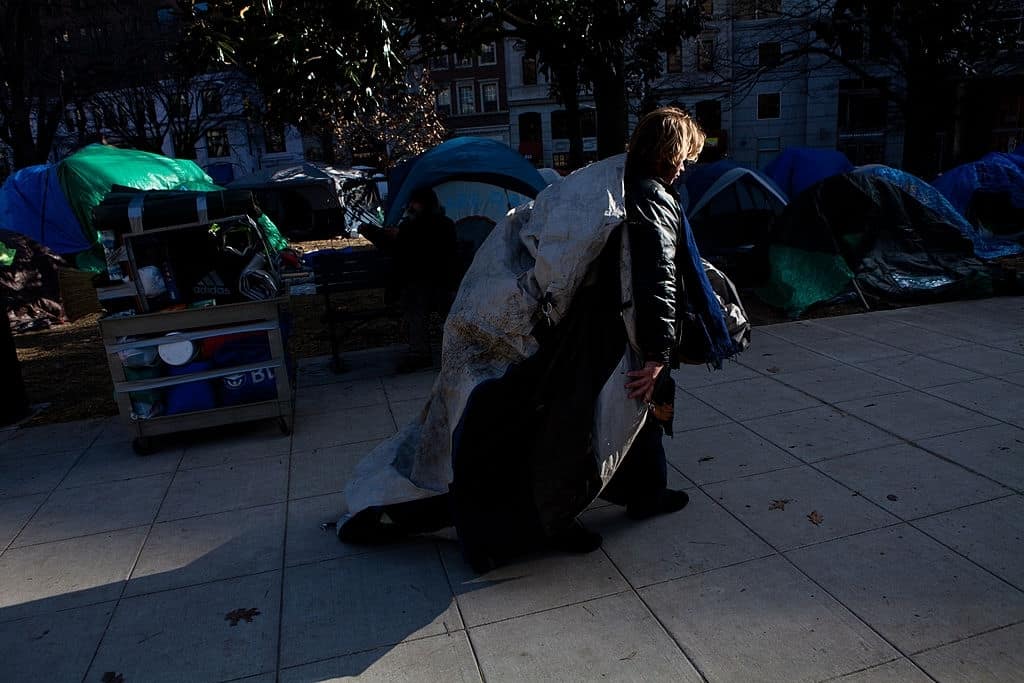 The Federal CARES Act was intended to protect people living in up to 20 million rental households from the threat of eviction. As per the Act, landlords whose properties received federal benefits were not allowed to file for evicting tenants for 120 days. However, due to confusion about the terms of moratorium, the guidance from federal agencies and courts did not provide any clarity, and it led to selective enforcement in various places. It was left to the landlords to decide if the law covered their property, and renters had no access to legal aid when they were wrongfully evicted.

The eviction filings are more in the worst affected countries during the pandemic. Before the pandemic, at least 20% of renters spent nearly half of their incomes on rents, and their eviction filing rates were above the average of other regions. As the eviction moratorium expired on July 24, the Trump administration has announced that it would halt evictions till the end of the year. This will be applicable for all renters, and this is done to stop the spread of the coronavirus pandemic. According to the draft in the Federal Register, the moratorium takes effect from Friday. The law covers people who got federal housing assistance to pay the rent along with other rentals with mortgages backed by the Federal Housing Administration, Federal National Mortgage Association, and Department of Veterans Affairs.

Director of National Housing Law Project Eric Dunn said that the Congress needs to pass a blanket moratorium that can cover all evictions instead of the moratorium for nonpayment of rent from some housing. He said that it was complicated and not easy to figure out the details in this way. In most cases, the landlords of covered properties had to make a decision not to evict tenants. Some high courts in Georgia, Oklahoma, and Tennessee passed an order for landlords to sign affidavits declaring that their property was not covered by federal law. However, wrongful evictions were seen even in these regions.

Apart from that, there was confusion with regard to the federal housing subsidies like Section 8 vouchers. As per the CARES Act, if the landlord accepted subsidies even from one tenant in a property, it will lose the authority to evict all tenants in that property. However, according to the Department of Housing and Urban Development FAQ, it is clear that the agency does not have the authority to provide such facilities for unassisted tenants. According to some property managers, it can also interpret the CARES Act as the protection offered to tenants who receive Section 8 assistance, and it will not provide the same rights to the neighbors. However, in a contradicting judgment, the Nebraska District court concluded that the CARES Act clearly mentions that if one household receives federal assistance, then it would apply for all tenants, and they will be given protection from eviction.

When it comes to tenants who want to understand if their building was covered by the federal moratorium, they did not have much access to information. They had to find some details in online databases, and it was usually accessible only to mortgage holders. In this situation, it would be difficult to challenge the assertion of the landlord during an eviction. As most renters did not have access to lawyers, it became even more difficult to handle the situation during the pandemic. If an eviction is filed, it can lead to long term problems for both renters and tenants as it results in a scarlet E. This affects the credit scores, and it will create a lot of barriers for housing opportunities in the future. Many people have suffered from such issues even before the pandemic, and the minority community has suffered a lot with such bad credit rating. In this way, their future housing opportunities get badly affected, and they will not be able to make the best out of their earnings.

According to data, the minority communities have been hit hard by the evictions even before the pandemic, and most of them had an eviction rate higher than that of the national average. Even when they are not able to make suitable arrangements during the pandemic, they are not given enough time to recover from the financial turmoil. This can leave a permanent dent on their credit scores and affect their future housing prospects. The situation is also affecting landlords as they are not able to provide business to other maintenance workers. Property managers are of the opinion that when landlords do not get regular rental income, it has an impact on the local economy, and the small workers like plumbers and landscapers lose their business.

Even though landlords did not receive direct benefits from the CARES Act, it offered them some protection from foreclosure when they had federally backed mortgages. The forbearance period was extended to 90 days for multifamily properties, and it was extended to a year for properties that had four or fewer units. In Tulsa, the nonprofits launched an effort to pay rents to landlords with private funds. In this situation, when the landlords accepted payments from the Landlord-Tenant Relief Program, they had to agree to certain conditions like not evicting tenants for the next 90 days in the event of nonpayment of rents. However, most landlords did not choose that option as they wanted to keep their rights to evict intact. This has led to a lot of problems for renters in such affected areas.

According to housing experts, the intensity of evictions will begin to appear by September in most places. However, as the Trump administration has decided to extend the eviction moratorium until the end of this year, it may postpone the evictions till January. The situation is likely to get worse as the lawmakers are not able to arrive at a conclusion for further stimulus. In this situation, the common public may have to wait till the end of the year for further clarity as elections are scheduled for November.