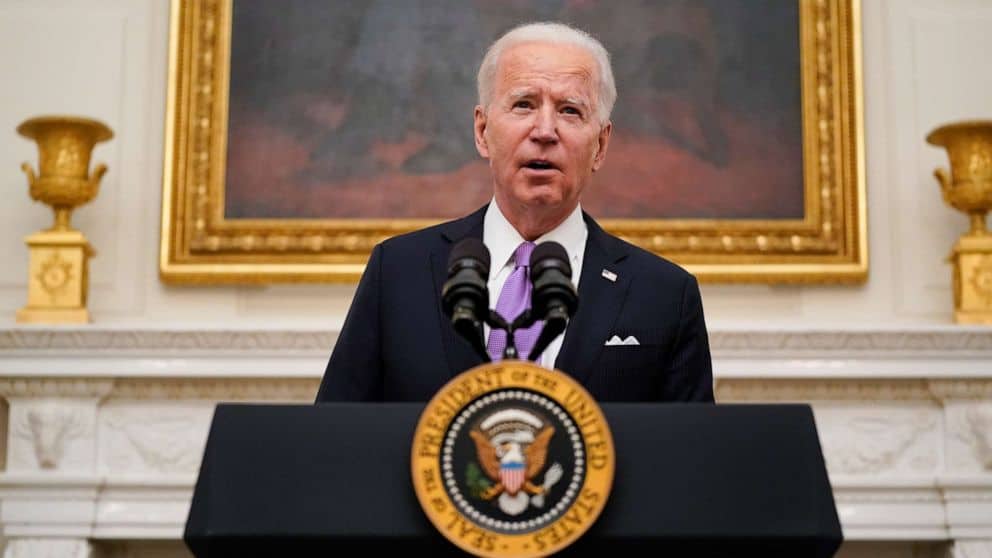 Both the chambers of Congress have approved a new budget resolution presented by the 46th President, Joe Biden, which proposes a $1.9 trillion package of COVID-19 relief.

The passing of the new budget means that the Democrats are no longer in the risk of any effective opposition from the Republicans on this matter.

The budget resolution has been passed by the Senate this Friday morning. The Vice President of the US, Kamala Harris, has showed up in the Capitol to break the tie, giving an upper hand to the Democrats and finalizing the budget.

The voting ritual that was followed is known as the vote-a-rama, in which the Senators can offer several amendments to a resolution as desired.

In this way, the amendments become an instrument for both the party to bring up the controversial problems embedded in it; however, most of the amendments proposed by the GOP were defeated in case of the budget resolution.

A major catch in the relief is that the senators’ bipartisan group comprising the democratic Joe Manchin from West Virginia and Republican Susan Collins from Maine, both of whom has prohibited the taxpayers with an upper income to receive the $1400 COVID-19 relief.

On the other hand, Republican Joni Ernst from Iowa has proposed an amendment in which the wage hike to $15 during the COVID-19 pandemic has been prevented.

But Bernie Sanders has countered the prevention and has maintained that the hike will be implemented gradually over a five-year time frame.

An instruction of reconciliation has been integrated in the budget resolution in which many congressional committees have been instructed to produce a formal draft and approval of the legislation on vaccination production and distribution funds, insurances for unemployed people, stimulus checks, and so on.

The resolution was passed earlier but had to go back and get a final vote from the House due to the amendments.

Nancy Pelosi, the Speaker of House, has stated that the work on specifics of the bill will start from next week, and a bill will be sent to the Senate in a couple of weeks or so. The aim is to enact the bill way before the due date so that it coincides with the unemployment insurance expiration date, which is in March.

The President of the United States, Joe Biden, has stressed that he is ready to make a few concessions if it means that the bill gets approval from the bipartisan. However, he is also willing to go with the bill even if it earns zero support from the Republicans.

Countering the $1.9 trillion package, the GOP had proposed a smaller fund of $618 billion. Plus, the Republicans also want to send a targeted and narrow relief checks and extend the unemployment insurance not through September but June.

However, Biden wishes to reach more Americans and not leave anyone behind at this pandemic’s crucial hour. The Republicans are already unhappy with the aggressive tactics of the Biden presidentship; however, they also feel that these steps would ultimately lead to the Biden government’s downfall as they believe that Joe Biden is not acting as the political unifier as he vowed to be.

However, It must be remembered that both previous presidents have used reconciliation, Barack Obama and Donald Trump, when passing the Affordable Care Act (2010) and tax cuts (2017), respectively.