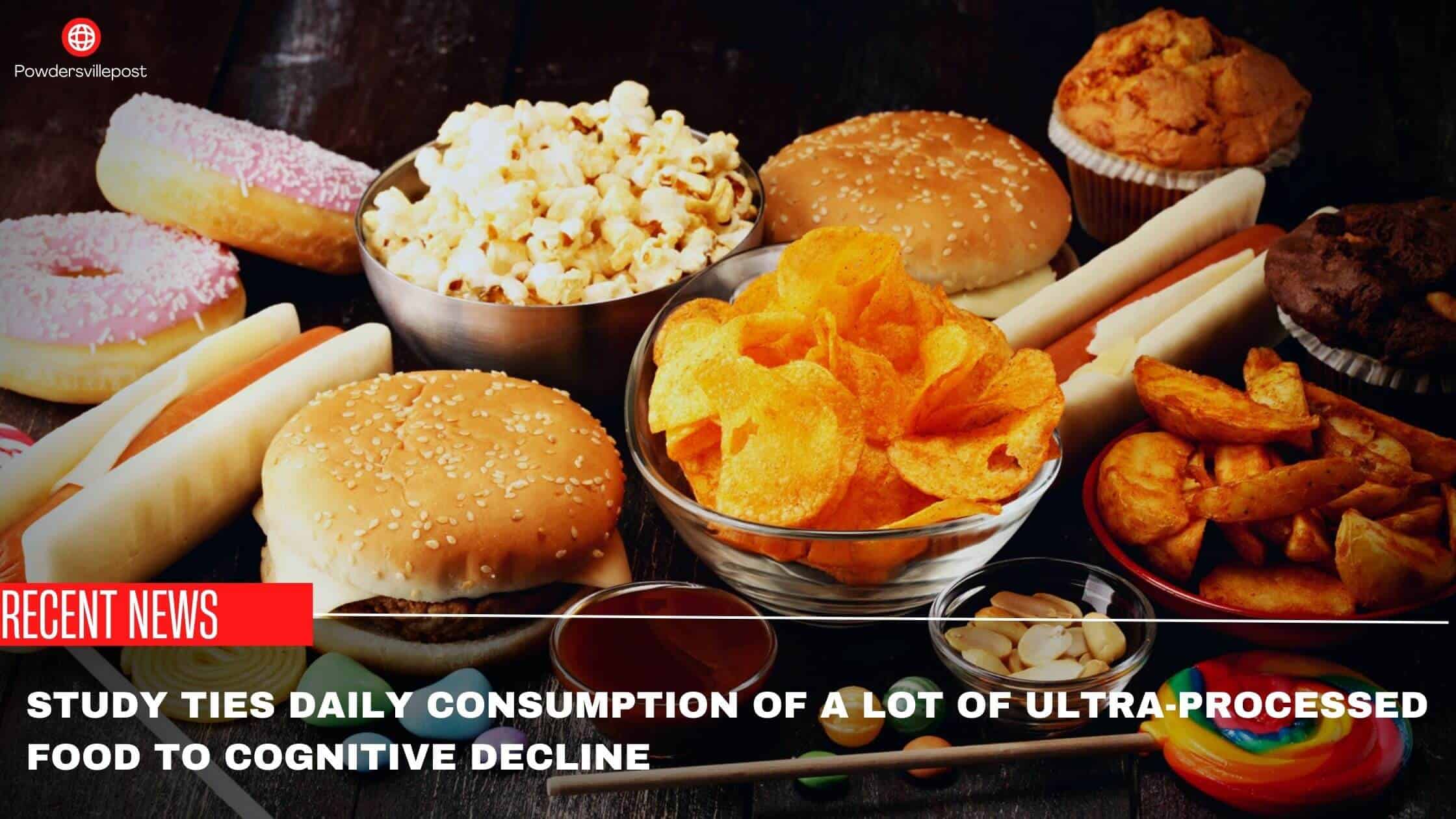 Everyone is obsessed with junk food. Because we are people who love to taste different kinds of ultra-processed foods from ice creams, sausages, and crisps to fruit-flavored yogurts to doughnuts. Highly processed foods are mainly made up of fats, starches, sugars, and hydrogenated fats.

A recent study found that if we intake of more than 20% of ultra-processed food can raise the risk for cognitive decline.

According to the study published on Monday in JAMA neurology states that highly processed foods contain a lot calories more than our body needs. so. , it has the chance to affect cognitive processes like the ability to process information and make decisions.

Highly processed foods are made with refined ingredients and artificial substances. Thereby it has a high risk of having cardiovascular disease, obesity, metabolic syndrome, etc. few studies have investigated the association between ultra-processed food and cognitive decline.

The results were shocking. Scientists published the statistics of calories consumed by different nations. 58%of the calories consumed in the U.S. The British are consuming 57% of calories. Canadians are taking 48% and the diets of Brazilians contain 30% highly processed foods.

The foods include a variety of sweet and savory snack items ranging from breakfast cereals to processed meats and frozen meals.

The Alzheimer’s Association International Conference in San Diego conducted new research based on the topic. According to the new research, they examined the food styles and cognition of more than 10,000 people.

The study focused on middle-aged and older adults in Brazil. The results showed that participants are consuming more than 20% of calories from their highly processed foods.

We all lead busy lives these days. We prefer junk food more than home-cooked food items. Instant life increases the amount of eating ultra-processed foods by the influence of food vloggers.

The overload of consuming highly processed foods affects men and women irrespective of their gender. It causes a decline of cognitive function  28 percent faster than those who ate non-processed foods.

Claudia Suemoto, an author of the study and assistant professor of geriatrics at the University of Sao Paulo Medical School said that ultra-processed food is not good for your health, especially for your cognition. It slows down the proper functioning of the brain and gradually causes dementia.

Suemoto and her colleagues found that the over-consumption of ultra-processed foods badly affects adults. There has been a 25% higher risk of losing concentration and lack of executing an action.

She highlights that her study didn’t attempt to analyze the reason for declining the cognitive and executive functions behind the consumption of junk foods. The study does not assure that the food style is the direct cause of this condition. It explains the relationship between the two.

There are so many factors that are influencing the increasing consumption of ultra-processed foods such as low access to healthy foods, exposure to home deliverable food, and inability to less time to cook foods from scratch, etc.

Percy Griffin, director of scientific engagement for the Alzheimer’s Association, said that, in addition, less exposure to healthcare routines, lack of exercise, and environmental pollution are also influencing cognitive and physical health.

It’s not quite surprising that this study shows the consequences of highly processed food. Many researches have found the effects of ultra-processed foods such as cancer, diabetes, heart diseases, etc.

It’s time to think about how to resist these diseases and follow a healthy lifestyle by avoiding these kinds of foods. Including nutrients and proteins by adding non-processed foods. it’s better to live with a healthy heart and a healthy brain.