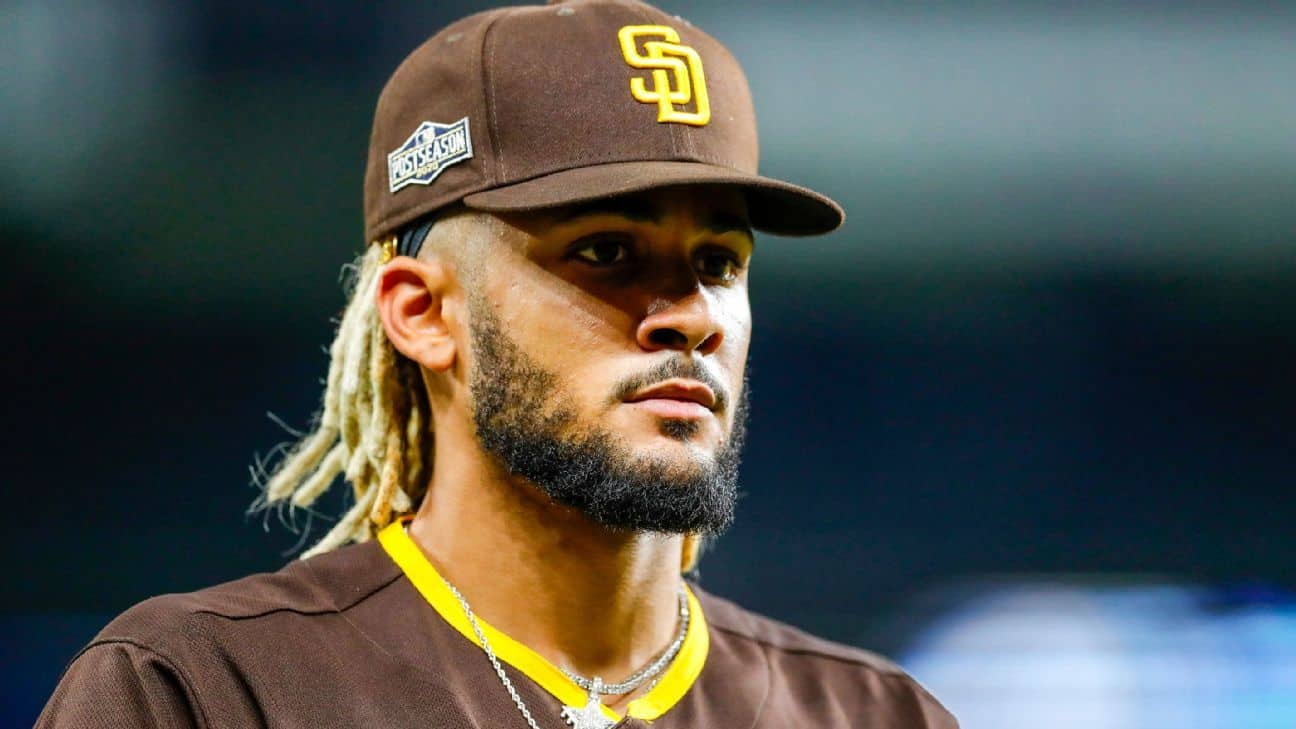 According to Dennis Lin and Ken Rosenthal of The Athletic, the San Diego Padres has come to an agreement with the superstar shortstop Fernando Tatis Jr. over the extension of their contract. The contract’s new terms include a 14 years contract extension and a deal of $340 M.

The deal was sealed on Wednesday, and Robert Murray of FanSided reported the deal was worth $340 millions.

The 22 years old young superstar has become a hit in just two MLB seasons. Tatis has developed into one of the best all-round players. He quickly had acquired the position of an all-rounder in Major League Baseball. There is no denying that the San Diego Padres has accepted this fact and sealed a long-term deal with the young player.

Tatis Jr. is the son of former MLB third baseman Fernando Tatis. He came to everyone’s recognition in 2019 as a rookie. With just 22 home runs, he hit 0.317. He had a record of 53 RBI, 61 runs scored and 16 stolen bases. He had appeared in just 84 games. Despite this, Tatis manage to finish third in the National League Rookie of the Year voting.

The COVID-19 pandemic hit his second league. Under the circumstances, the campaign was shortened to just 60 games. In the second league, he manages to hit .277, which includes 17 homers, 45 RBI and 50 runs scored. He had 11 steals in 59 games. With this record in his second MLB, Tatis was clearly seen as a National League Most Valuable Player (NL MVP) candidate.

Throughout the 2024 season, Tatis would have been under the team’s control. There would be arbitrations each year starting from 2022 to 2024. To avoid such a scenario and to prevent such processes, Padres agreed to a new deal and signed it with Tatis on Wednesday.

It is seen that no team except the San Diego Padres is better to set up for long-term success. The Padres are all stocked up with quality prospects. They also have young stars at the major league level in the team.

Apart from Tatis, Manny Machado, Eric Hosmer and Wil Myers are other best baseball players lined up in the Padres team. This can be seen as if the Padres are a strong World Series contender in 2021 and even after that.

But the journey to this point was not easy. The San Diego Padres and the Padres’ fans have dealt with many lean years before coming to this point. They had missed the playoffs from 2007 to 2019 for 13 consecutive years in a row. But it is now expected that with Tatis in the team, Padres can now be seen as a perennial playoff team.

The deal between Tatis and the San Diego Padres is one of the biggest MLB contracts in history. Going by the statistics, the deal ranked third in the major deals.

Other big deals include the Los Angeles Angels star Mike Trout who sealed the deal for 12 years for $430 million during spring training in 2019. Mookie Betts made a 12 years long contract for $365 million with the Dodgers in another big opportunity. The contract was sealed before the 2020 games. It is reported that this big payday arrived to Betts just before his plans of hitting free agencies and after his trade from Boston.

Trout still leads the biggest contracts but is beaten in the sense that Trout’s annual salary is lesser than Gerrit Cole, who sealed a $365 million deal with the Yankees.

Tatis is placed third in his recent $340 million deal with the Padres.