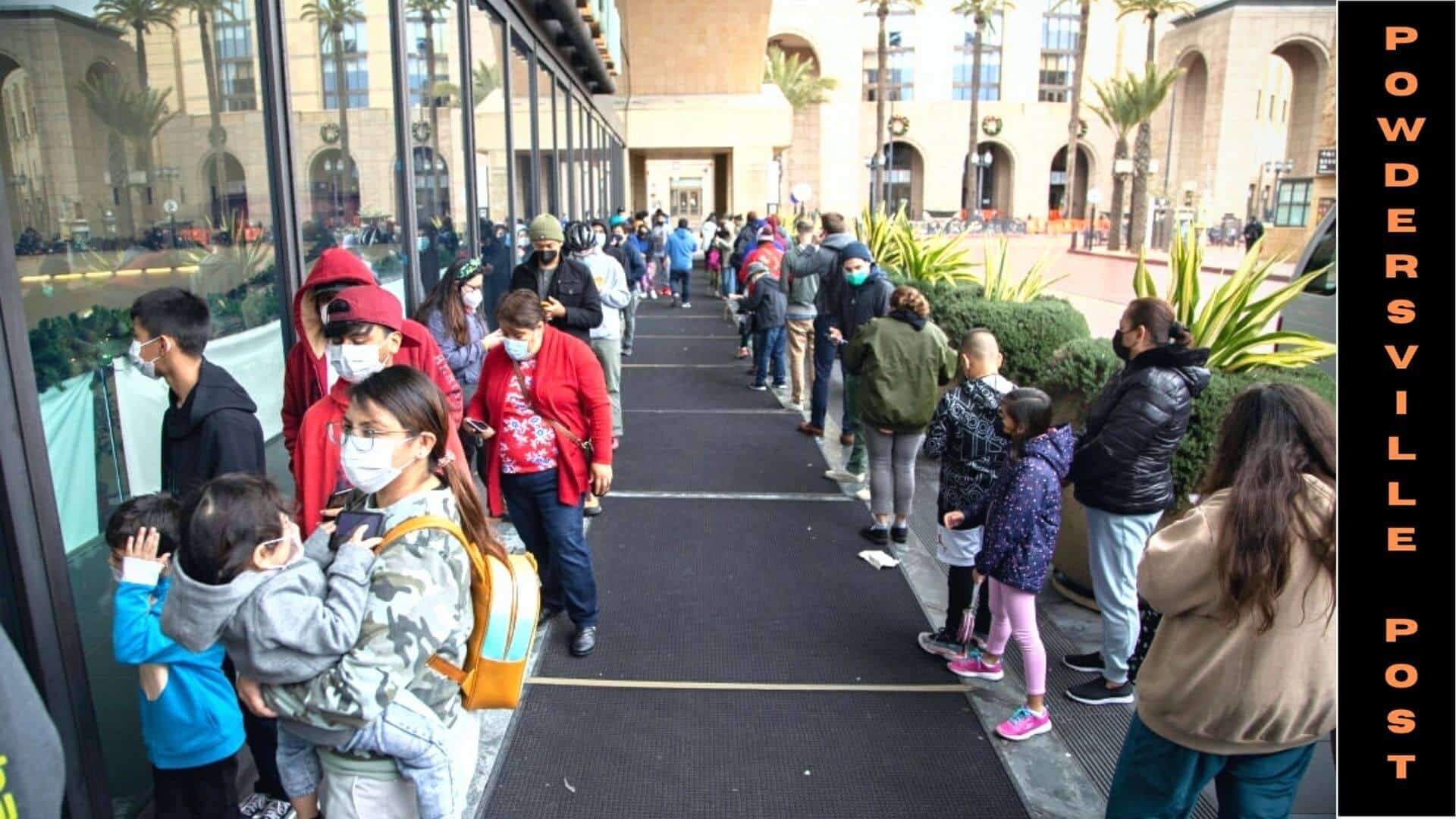 Los Angeles County has already recorded 8891 new Coronavirus infections in addition to seven deaths from the virus as of Sunday, the 26th of December 2021. These figures most likely reflect delays in reporting cases owing to the Christmas weekend and the ongoing holiday season.

Also, as per the latest figures of the state, the count of the county residents who were hospitalized with Covid 19 virus spiked from 849 on Christmas day, Saturday, to 904 on Sunday.

Out of these cases, 188 patients were admitted to the intensive care unit on Sunday, which was one more than the numbers recorded on Saturday.

These latest figures have been reported amidst a spike in Coronavirus cases, with the nation’s top health authorities issuing a warning that the number of infections is likely to reach record levels until the end of the current year.

As of Friday, the 24th of December 2021, the daily average rate of individuals testing positive for Coronavirus had spiked to as much as 15%, which is close to triple the rate of cases in the country from almost a week ago, as per the Los Angeles County Department of Public Health.

Barbara Ferrer, Director of Public Health has issued a warning on Wednesday that if the rate of Coronavirus infections continues to rise at the current rate, very soon the figures could surpass as much as 20000 cases by the end of the current year, which would be the highest level so far in the ongoing pandemic.

Even though Ferrer assured that the nation is not considering imposing a complete lockdown or any other severe restrictions on public activity immediately, it will eventually depend on how much responsibility and precautions the residents themselves take to stop the spread of the virus.

Barbara further added that she has always maintained an honest and transparent opinion that with new variants like Omicron and possibly new ones in the future, the nation has to be prepared for every possible option out there and deploy every single tool available to protect the lives as well as the livelihood of the people of the country while avoiding too much pressure on the nation’s health care system.

She said that if everyone is committed to taking responsibility and doing their bit by celebrating the holiday season by taking all precautionary safety measures, which could also mean alteration of plans, that will go a long way in ensuring that the situation is under control.

Barbara Ferrer has also given due credit to Coronavirus vaccines for safeguarding the infected individuals from getting critically sick and thus putting extra pressure on the healthcare system. The same thing has happened last year where we saw thousands of covid patients had to be admitted to the medical institutions all around the county.

She also said that the majority of the infected individuals being hospitalized with new infections are unvaccinated and further claimed that hospitalization rates of fully vaccinated individuals has managed to remain quite low and flat from the time the vaccine has become available.

As per the county records, until Wednesday, hospitalization rates of unvaccinated individuals has been 25 per 100000 residents whereas the figures for vaccinated individuals has been as low as 1 per 100000 residents. The health department has claimed that it will expand access to free Coronavirus testing as there is expected to be a rise in demand during the holiday season