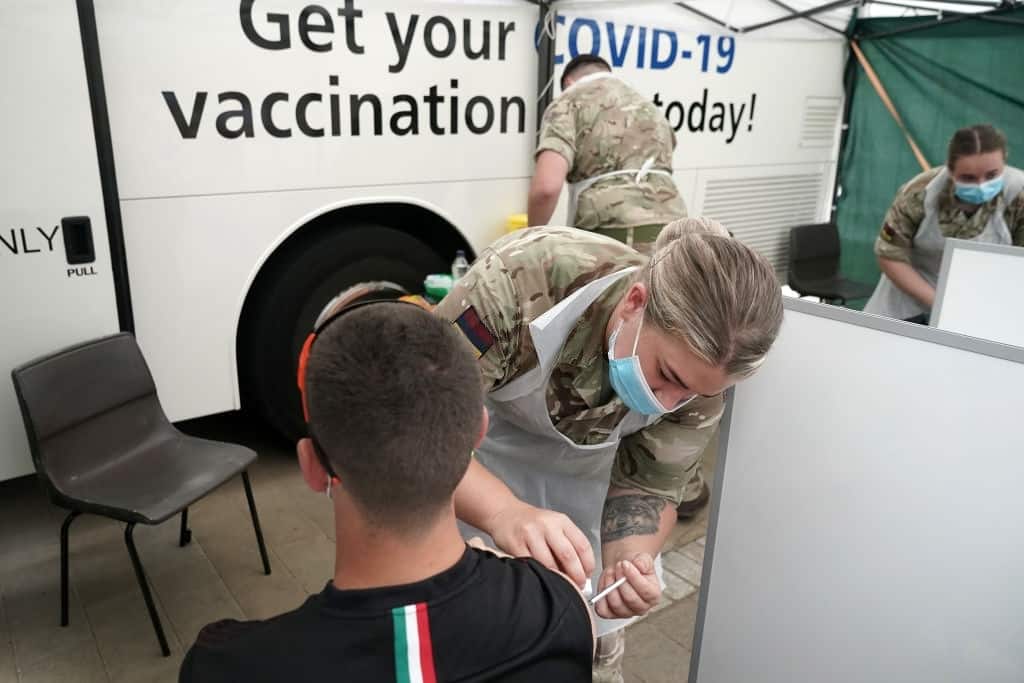 Time to revisit the pandemic days? With the new Delta variant of the Corona Virus, the number of infected individuals is already soaring and making news headlines. Even in the wake of vaccination drives, how well are we protected?

Corona Rewinds- Delta Creeps As The World Crawls Towards Recovery

With an Indian origin, the variant, after creating a toll rate of 30 million infections and mortalities nearing 4,00,000, spread to Britain fiercely, with cases of new infections slowly making their way to 50 American states! The US Federal health officials have reported that this newer and more contagious version of the virus has already infected more than half of the American population.

The numbers are also surging in places like Arkansas, Missouri, Texas, Nevada, and even New York. Such upward trends of infection are raising the question of booster doses despite low vaccination rates at places. As Bill Hanage, an epidemiologist at the Harvard T.H. Chan School of Public Health, stated, that although there is a rise in the cases, mass vaccination of the people can actually prove to be a protective measure.

Infection rates are rising in places with low inoculation rates. Kristian Andersen, a virologist at the Scripps Research Institute in San Diego, also shares similar views. The unvaccinated parts of the countries are leading to sporadic outbreaks.

The alpha variant was 50% more contagious than the original strain, whereas the new strain is 60 % stronger than the Alpha strain (as indicated by Public Health England). With a greater rate of contagiousness, the Delta strain will have a greater impact on the immune system, which means the measures that ensured protection against the previous strains will not work with this one.

This calls for the need for urgent vaccination of masses. Even a single shot of the vaccine can actually reduce the chances of severity to a large extent. Higher rates of infections and hospitalizations have been noted in countries like Israel and Africa, where vaccination rates are extremely low. Even individuals with inoculations have been affected due to low immune systems. They were mainly health workers and public servants.

With 60 % of the adult population getting fully vaccinated, the situation in the US seems less serious; however, with even a minor section of individuals remaining unvaccinated, the numbers can rise as Stacia Wyman, an expert in computational genomics at the University of California, Berkeley stated.

Brian O’Roak, a geneticist at Oregon Health and Science University in Portland, has pointed out that although the situation is not overly alarming, it might make the people of Oregon return to the days of last year’s winter.

The mRNA vaccines are reported to be in a better position when compared to others, and hence the Americans have a better chance of protection. So the need of the hour is to cross the cultural or political barriers, as Dr. Anthony S. Fauci, the administration’s leading adviser on the pandemic, has mentioned the “two Americas”, and vaccination is given to all sections of the people. Biden supporters have a higher vaccination rate than the Trump followers.

In Britain, almost 90 % of the elderly population are fully vaccinated. The younger populations under the age of 20 are recently receiving the first shot of either AstraZeneca or the Pfizer-BioNTech vaccines and are awaiting the second dose.

As Jeffrey Barrett said, who directs the coronavirus sequencing initiative at the Welcome Sanger Institute, immunization is strongly recommended for unvaccinated individuals. The US is following the trends, and vaccination for 12-17-year-olds is already underway.

With effective vaccination programs all around the globe, scientists all over are expecting a steady decline in the graphs. However, the after-effects of the Delta variant will linger for longer times. Angela Rasmussen, a virologist at the Vaccine and Infectious Disease Organization at the University of Saskatchewan in Canada, estimated that even if a vaccinated person gets infected, the virus has very little to offer before it gets stalled in the system. Hence, vaccination is the only answer to a healthy future.