According to data from Johns Hopkins University, new COVID-19 cases are down about 20% since early August, but the death rate remains alarmingly high, with nearly 1,000 Americans a day still dying from the virus. And the testing reveals mixed news: positive test rates are falling but fewer tests are being done. Some of the experts have pointed out that more mask-wearing is likely helping curb the number of new cases but reopening schools and universities continues to be a confounding challenge.

David Paltiel, a professor at Yale’s School of Public Health, who recently built a mathematical model to track the spread of the virus on college campuses have said that most universities are unlikely to be able to reopen safely. And he also found the scenarios in which universities can open safely, he said, but “it’s an incredibly high bar. It’s probably one that most universities can’t reach.” According to the report the U.S. has more than 5.7 million confirmed infections and 178,000 deaths. And there have been more than 818,000 deaths and 23.8 million cases. 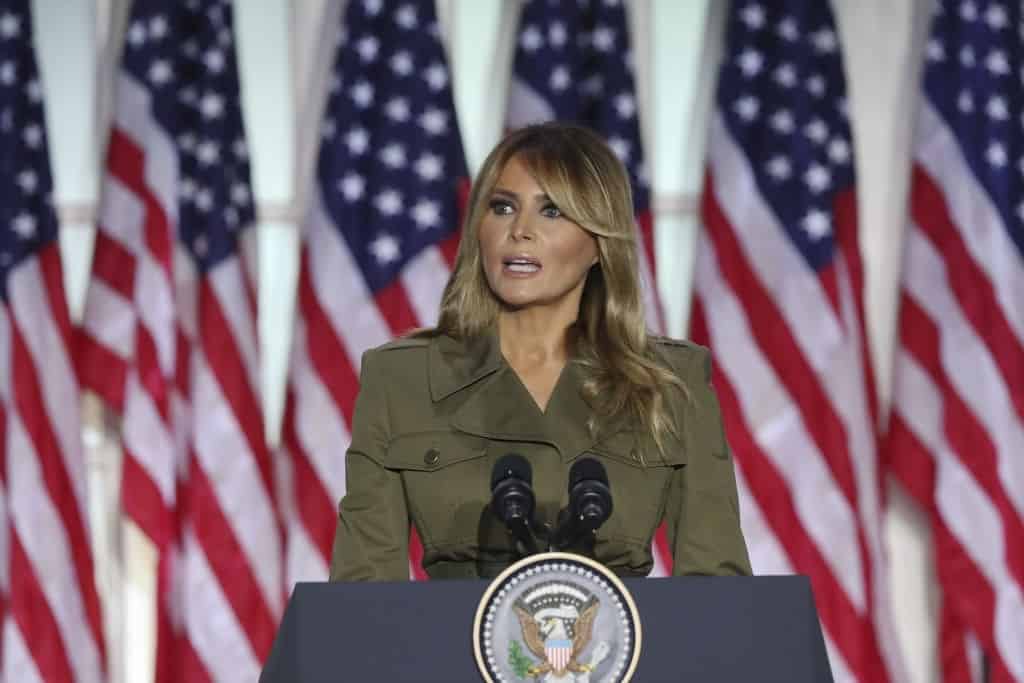 On Tuesday during the keynote address at the Republican National Convention First lady, Melania Trump has talked about the coronavirus pandemic. She is  the first lady who offered her “deepest sympathy” to “everyone has loved a loved one.” And she offered prayers to those who are ill or suffering. “I know many people are anxious and some feel helpless. I want you to know you are not alone,” she said. “My husband’s administration will not stop fighting until there is an effective treatment or vaccine available to everyone.”  During her talk, she also expressed her gratitude to health care professionals, front-line workers, and teachers, by saying that they have been selfless despite the risks of catching the virus. And she also added that she is moved by how Americans have dealt with “such an unfamiliar and often frightening situation.”

During the keynote address, Melania Trump said “Like all of you, I have reflected on the racial unrest in our country,” she said. “It is a harsh reality that we are not proud of parts of our history. I encourage you to focus on the future while still learning from the past.” She added: “I urge people to come together in a civil manner so we can work and live up to our standard American ideals. “I also ask people to stop the violence and looting being done in the name of justice, and never make assumptions based on the color of a person’s skin.”

Mrs. Trump also expressed compassion for Americans in her speech, he also worried about the coronavirus outbreak, which has killed more than 178,000 Americans. She said “I know many people are anxious,” “Some feel helpless. I want you to know you’re not alone.” Also, she praised her husband as someone who “makes no secrets about how he feels about things”.”Total honesty is what we as citizens deserve from our president. Whether you like it or not you always know what he’s thinking.”