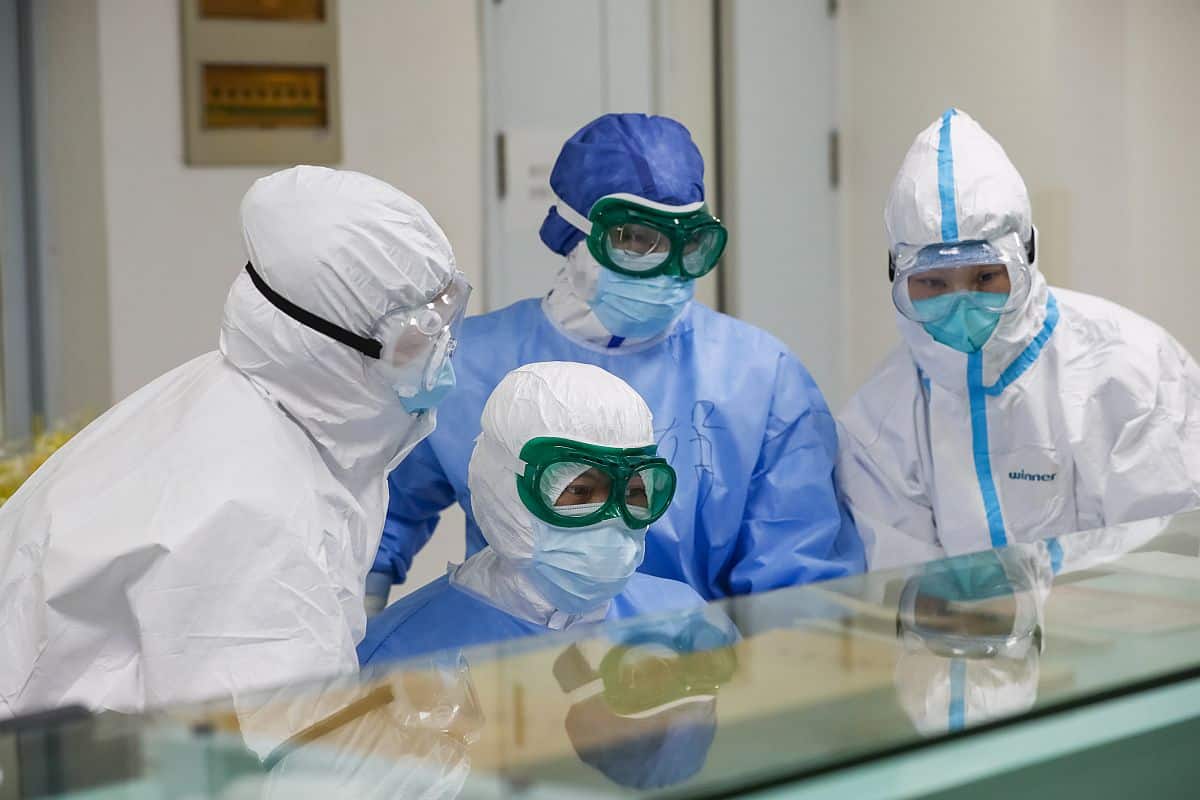 In the crucial weeks that will determine whether the second wave of Covid-19 swamps the nation this winter, a new conflict between Donald Trump’s political ambitions and his public health duties threatens to deprive America of presidential leadership.

Dr Anthony Fauci warned Tuesday that he was worried that the elevated base level of infections might make it difficult to keep the virus under control in the colder months as the US death toll from the pandemic passed 200,000. Although the government’s leading specialist in infectious diseases, who were marginalised by Trump, said that serious trouble was not inevitable, he added at the Citizen by CNN conference thatit is not reasonable not to know that we are entering a dangerous time and we have to behave accordingly.

Although medical indicators are going in a dangerous direction, Fauci spoke as the US reaches its seven millionth infection. In 24 states, Washington, DC, and two territories, cases are rising. Governor Tony Evers of Wisconsin warned Tuesday of a new and dangerous period of the pandemic in the vital swing state, where last week Trump held a rally. And now, on college campuses, there are more than 59,000 cases of coronavirus, after several schools opted to open despite taking inadequate safety precautions.

After seven Fighting Irish players tested positive for the virus, Notre Dame cancelled its game on Saturday against Wake Forest. The step comes just a week after Trump reported that many of Notre Dame’s Midwest (and battleground state) neighbours at the Big Ten conference had engineered the return of football. But the White House does not have any clear indication of concern about this possible pivot point on which thousands of lives may rely. It may be because, in a presidential election, it coincides with the moment of greatest stress in which the Incumbent is seeking to persuade voters that the worst of the emergency is over.

The President said in an interview with a local Fox station in Detroit in which he continued to reduce the risk; I think we’ve done an incredible job in my opinion, we’re rounding the turn. On Monday, while doubling down on previous comments that young people are virtually immune, he said the virus affects virtually nobody—a surprising remark on the eve of such a tragic milestone. Asked about the 200,000 deaths as he headed out on Tuesday in Pittsburgh to another campaign rally, with a non-socially distanced audience, the President said it’s a shame, but said he had saved millions of lives nevertheless.

And on Tuesday night, the President insulted his electoral rival, Democratic candidate Joe Biden, who violated the Trump administration’s suggested safety measures for wearing a mask. Will he come in with a mask? Trump said, looking forward to the first presidential debate next week. I’m going, being honest. He feels good about it. He feels good about the mask, and that’s all right. He added, You know, whatever makes you feel good. The President is much more enthusiastically focused on his search to fill a sudden Supreme Court vacancy before the election than he is on working to alleviate the bleak winter that analysts fear when he is not skipping across the country to take part in packed rallies that flout public safety laws.

The situation reflects the long-standing inability of Trump to grasp the severity of the pandemic — or at least to share his perception of its seriousness with Americans — and his reluctance to make comments that refute the false political reality under which he has led a world-beating crisis response. It also means that Trump plans to do little or nothing to avert what could be a very difficult few months, even as top medical experts such as Fauci are pleading with Americans to ban indoor meetings, wear masks, and take precautions. In certain cases, for just another six weeks, before Election Day, Trump must preserve the illusion of returning to normality.

While the White House held regular daily coronavirus task force meetings in the early months of the pandemic, as this vital moment looms, there is almost no high-level guidance being given to Americans. Trump’s political power is also tainted by what public health messages there are. And the removal of new guidance on how Covid-19 is transmitted by the Centers for Disease Control and Prevention this week provided another instance of the confusion that has marked the failed pandemic response of the government. Trump’s repeated expectations that a vaccine will be available by or after Election Day greatly outweigh the optimism of most health professionals and understate the complex, months-long process that will be taken to bring it to most Americans — even if the chaotic approach of the administration to the pandemic has not irreversibly harmed public confidence.

In recent days, the President has stressed a troubling spike in new cases of Covid-19 in Europe, which, according to certain standards, did a much better job of containing the virus in its initial attack than the United States did. The lack of a national testing and tracing programme remains one issue heading into the high-risk months of fall and winter. Thich would have been critical in identifying origins of infection early and isolating carriers of the virus to prevent them from seeding broader outbreaks, We can’t carry out the number of tests our nation wants even now, said Dr Ashish Jha who is dean of the School of Public Health at Brown University. Jha told the US Joint Economic Committee, The failure to successfully and completely enforce public health interventions has meant that we have more cases and deaths than any nation.

Biden, who chooses not to host Trump-style rallies that he says are reckless and will harm supporters and others, tries to put the pandemic at the forefront of the election. The topic was one of many primary subjects called for the first presidential debate he will host in Ohio next week by Fox News Sunday anchor Chris Wallace. Biden’s running mate, California Sen. Kamala Harris, marked the 200,000 death mark in a tweet on Tuesday. A devastating milestone. My heart aches for the 200,000 Americans’ families and friends who will never get to see or touch their loved one again. Know that you are being held in our hearts by @JoeBiden, myself, and the country, Harris wrote.