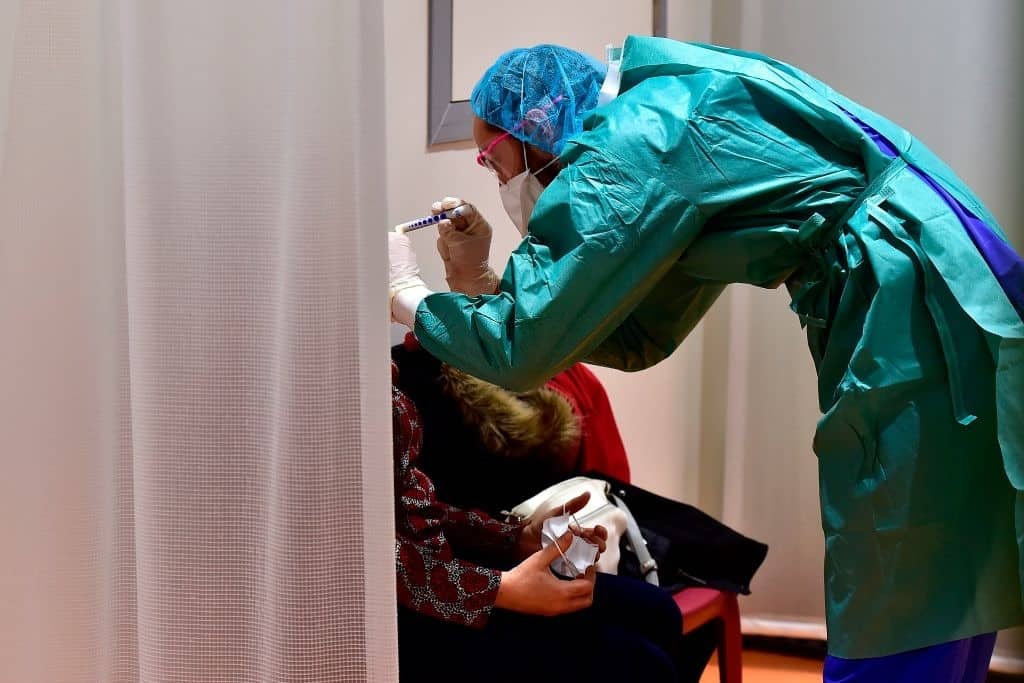 Consumers are stunned by the coronavirus test prices charged by some hospitals and labs. In one instance, a mother who wanted to get the test done for her daughter approached a pediatrician who directed her to an independent pharmacy in Arlington, Virginia.

The Pharmacy charged $35 for the process and took the nasal swab specimen which was later sent to a lab, Principle Diagnostics for quick results. To her surprise, the lab billed her insurance company $864. This was eight times more than what the Centers for Medicare and Medicaid Services reimburses for such tests. She said she was floored by the charges and concerned that there are no proper guidelines for these healthcare institutions to bill customers in this scenario. It was later found that her daughter was not having coronavirus and she returned to the college soccer team at Rice University. The mother was in for more surprises as the insurer, which is a Blue Cross and Blue Shield Plan paid the full amount via check, which she later forwarded to the diagnostics lab.

The insurer, which is a Blue Cross and Blue Shield Plan provides robust benefits for several retirees and federal employees. This left her shocked as there was no regulation or any such thing when it came to fixing the prices for coronavirus testing. What surprised her, even more, was that the insurer had cleared the total bill and this goes on to show that the labs are taking undue advantage of the situation as they are not regulated. With more than 85 million tests being administered across the country, several questions are being raised in this regard and the congressional mandates that insurers are required to pay the full cost of testing irrespective of how much the hospitals and labs charge for the tests. As many organizations, universities and sports leagues have made testing mandatory; several labs are minting money during this pandemic.

Experts who have researched medical billing say that there is no federal legislation to control the amount billed for covid 19 tests by labs and hospitals. The House Energy and Commerce Committee sent inquiries in this regard to about 10 hospitals and labs to know about the price charged for coronavirus tests. To their surprise, they found that the price ranged from $300 to $6000, which was clearly excessive by any standards. They later questioned the labs whether they complied with the Families First and Coronavirus Aid, Relief and Economic Security Acts which were intended to provide widespread testing facilities to the common public at little or no cost for the patients. A doctor who worked for a chain of free-standing emergency rooms was in for a surprise when he had to get a covid 19 antibody test. His insurance plan was billed more than $10000, and the bill was cleared by the insurance company. He later quit the chain.

As per the federal legislation, insurance companies that are offering coverage for covid19 testings should offer a complete settlement to the labs, and this should be done at no cost to the patient. However, the service providers have to post the prices for testing on the website. Even this was not followed by many hospitals and labs as found out by the Energy and Commerce committee. According to an analysis by some nonprofit organizations, it was found that nearly one in four hospital websites did not post the prices of testing publicly. Among those who posted the price, some were as high as $850, which did not include additional charges such as specimen collection charges and doctors fees. While the median price remained at $127, nearly one in five hospitals billed more than $200 for a diagnostic test.

One interesting thing that was found in a survey was that hospitals and labs that did not have a tie-up with insurance plans tended to charge the most fees for coronavirus testing. About 10% of such hospitals and diagnostic centres charged close to $390 for a single test. In comparison to that high amount, the government insurance program that caters to older citizens pays $100 per test to the labs for a single test. These tests are done through a high throughput machine that is well known for giving fast results. Apart from that, Medicare offers about $51 per test for those who run on different instruments. Healthcare experts are worried that such high testing prices can have an impact on the insurance premiums in future. As the pandemic season is not the right time to get into such issues, most people are neglecting the high price and getting tests done at nearby facilities. However, in the long run, it can affect the entire insurance industry, and this may lead to increased premiums for various plans shortly.

Apart from that, some labs are not able to give results in quick time, and this is another concern for many employers who go for routine testing for their employees. One such company that has about 25 employees stopped their weekly testing plans after the lab took two weeks to return test results. This made no sense to the company as they could never know if a person is infected and they resumed routing testing only after the turnaround time was improved. Many companies, that opt for routine testing for their employees, are now worried if the insurance companies turn down their testing bills. This can put a huge burden on their expenses, and it would be difficult to manage them in these hard times.

Not only them, even the common public is worried that such high charges will significantly impact their health insurance premiums in the long run. Even though insurance companies are not creating any problems as of now with regards to clearing bills, this may soon lead to a situation where they charge higher premiums to cover such expenses in future. The authorities need to bring in some regulation in this regard as the pandemic is expected to continue for the next few months, and testing will become the new normal for many companies.