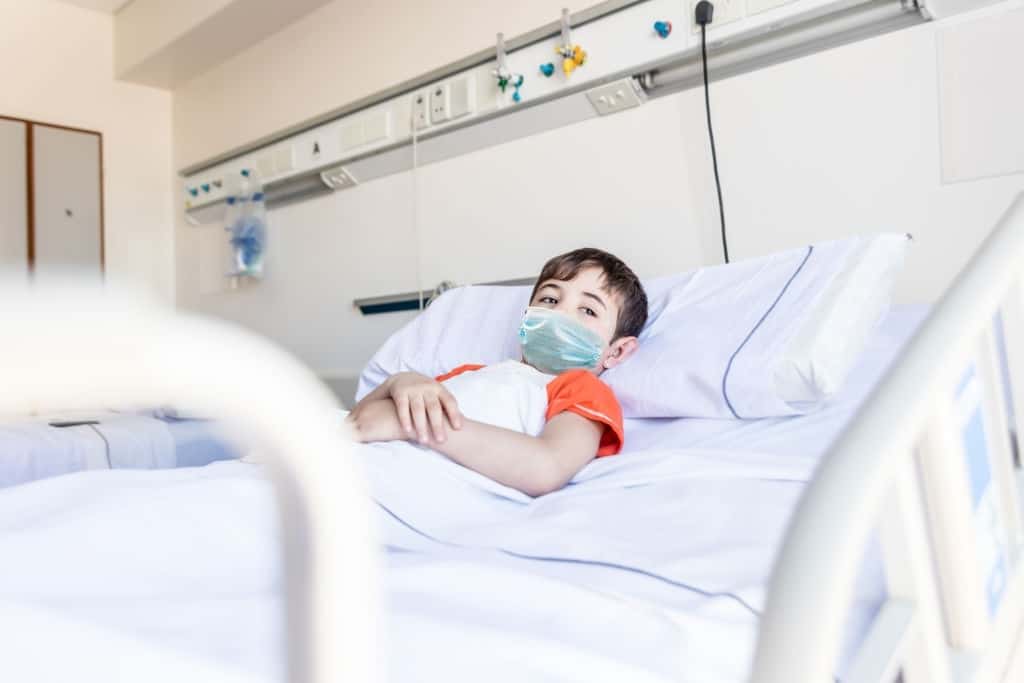 US kids suffered a sharp increase in cases of Covid-19 last week, reaching levels not witnessed since the winter surge. Due to the return to school and the emergence of the Delta variant, officials are concerned that it could worsen this winter.

Children have seen an exponential increase in cases of the disease following a decline in early summer, according to a newly released report by the American Academy of Pediatrics. The report said that children had more than 180,000 cases, up from about 38,000 a week at the end of July.

Centers for Disease Control and Prevention data show 48.3% of the population is not fully vaccinated, as well as a daily average of 151,000 cases being reported every day. In particular, experts have expressed concern about the number of cases among children returning to school, many of whom do not have mask mandates or access to vaccines.

The covid-19 vaccine developed by Moderna for adults 18 and older has been submitted to the FDA for full approval. A priority review has been requested by Moderna. People over the age of 18 can currently use an emergency vaccine manufactured by Moderna. In June, the FDA began reviewing data submitted by the company.

Vaccines and Covid-19: Your burning questions. According to CNN’s Brianna Keilar, US Surgeon General Dr. Vivek Murthy told CNN that an approved vaccination for that age group might not be available until the end of the year.

Doctor Paul Offit told CNN that the timing is inconvenient because the more likely Delta variant is spreading at the same time that the cold dry weather of the winter months makes it easier for children to catch it — while they’re in class together. Health officials need to take their time ensuring that vaccines are thoroughly tested before giving them to children.

According to the US Department of Health and Human Services, more than 100,000 people in the US are being hospitalized with Covid-19, the most since January. US hospitalizations for COVI-19 have increased since the beginning of July. Within the past month, they have nearly tripled, and within the last week, they have increased by 10%. The current hospitalization rate is about 71% of the peak recorded on January 14.

Over the next four weeks, a CDC ensemble forecast projects new Covid-19 hospitalizations will probably remain stable or show a fluctuating pattern. The hospitalization forecast did not increase since mid-July for the first time in over a year.

Forecasts for Wednesday predict between 7,800 and 27,000 new Covid-19 admissions to hospitals on September 20. As of July 14, hospitalizations had been projected to increase each week.

Additionally, a forecast projected 651,000 to 680,000 new deaths in Covid-19 by September 18 anticipates a rise in deaths over the next four weeks. By September 11, the previous prediction, published on August 18, predicted at least 664,000 deaths in the Covid-19 epidemic. The agency has repeated its warning from the previous week which said to interpret the Covid-19 cases forecast with caution since actual numbers fell outside the range.