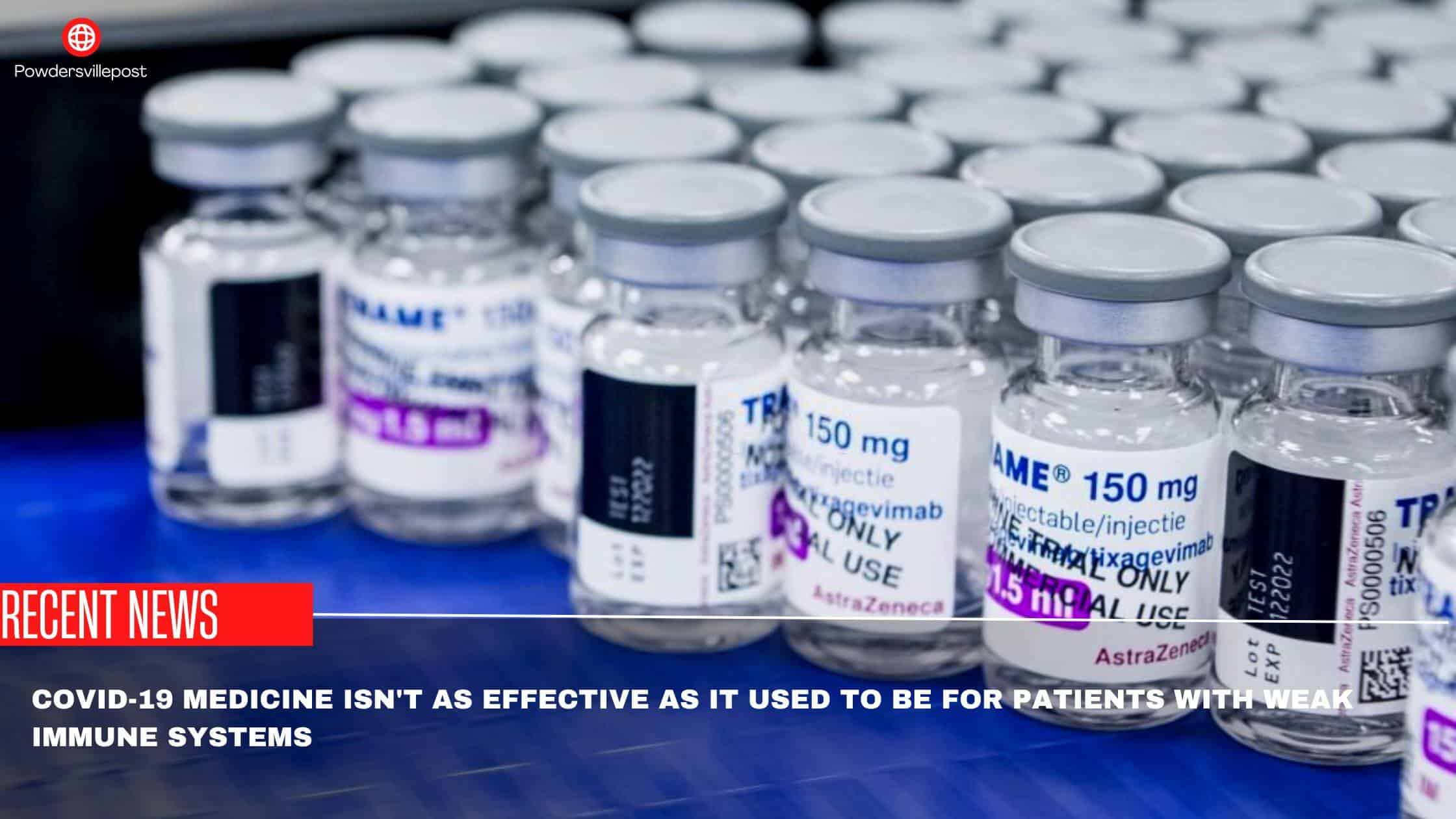 According to new reports, the effect of Evusheld, a commonly used monoclonal antibody therapy against Covid-19 is becoming weak to resist the new omicron strains that have sprung up in the US.

As of last week, a lot of new Covid infections were reported and these were caused by the new strains that resisted the Evusheld preventive measures.

US Health officials have also agreed to the decreasing efficiency of Evusheld in front of new variants and they are warning citizens also about this.

The issue gets more complicated for people who have weakened immunity as the Evusheld is the only medicine that helps to create any sort of protection in these groups of individuals.

The normal Covid 19 vaccinations fail to create resistance in their bodies. So many US citizens are shocked and angry at this new revelation that was made recently.

According to statistics, around seven million US citizens are immune compromised and critics are complaining that the government and health officials aren’t doing enough to inform and sensitize this group of people about the decreasing effect of Evusheld in the wake of new omicron variants.

Dr.Brian Koffman, Chief medical officer of the Chronic Lymphocytic Leukemia (CLL) Society expresses his concern over the lack of information among these immune-compromised groups about these new developments that can even cost them their lives.

He said that they have to know about the surge of Covid sub-variants that is going to come soon and that they won’t get the protection from these viruses like they used to with the existing Evusheld therapy.

Janet Handal, President, and co-founder of Transplant Recipients and Immunocompromised Patient Advocacy Group said that the winter season is like a “perfect storm” where people would be traveling and visiting their dear ones, spending time with them.

So it is important to let them know that they won’t be protected from new infections like before. The US Centers for Disease Control and Prevention (CDC) has noted on their website about the decreased efficiency of Evusheld in the wake of new sub-variants of Covid-19.

But the problem still remains about how most of the citizens won’t be informed through CDC websites or White House briefings, for them this information usually comes from their local healthcare expert.

Such ground-level dissemination hasn’t happened yet in the case of Evusheld and this concerns most of them as they would be going about their normal life and activities in the hope that they have been given the Evusheld therapy.

The CDC data reveals that the new sub-variants are taking over cities like New York and New Jersey. They are spreading fast to other states of America too.

Among the hospitals of these places, only very few are taking efforts to reach their patients and let them know that Evusheld is not expected to give protection against these new infections.

🔵People Need A Fourth Dose Of The Covid-19 Vaccine

However, the US Food and Drug Administration (FDA) and other hospitals are advising citizens to take Evusheld therapy no matter what because some protection is better than no protection at all. It is also important to start following safety protocols like wearing masks outdoors and indoors if there is a crowd or gathering, washing hands and sanitizing them at regular intervals, and staying indoors if you feel sick.

AstraZeneca, the company behind the production of Evusheld is in the effort to develop a “next generation” monoclonal antibody that can fight the current sub-variants and also future variants.

According to CDC estimates, the variant BA.5, which was known to be destroyed by Evusheld now contributes to just 25 percent of infections in the US and this is decreasing day by day as other new variants are gaining strength.

🔵Mayo Clinic (1998-2022) COVID-19 drugs: Are there any that work? (Available On):https://www.mayoclinic.org/diseases-conditions/coronavirus/expert-answers/coronavirus-drugs/faq-20485627