In a move to step up tourism in the Hawaii region, United Airlines has said that it will now roll out a Covid19 testing program for passengers from the 15th of October. In the initial stages, this facility will be available only to passengers from SFO International Airport as most of the flights to Hawaii come from this airport. As per the new mandate issued by Hawaii state, passengers who test negative need not undergo the mandatory 14-day quarantine, and they will be allowed to visit Hawaii without any restrictions. The state had said that this is done to ensure the safety of local residents and also the tourists who come to Hawaii for holidays. 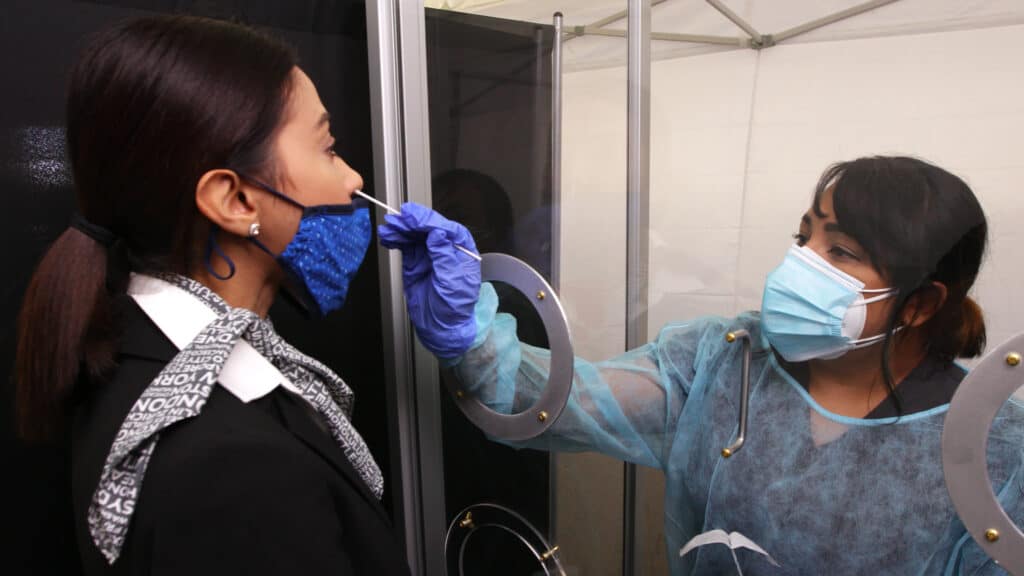 The destination had suffered a huge loss as tourism had dipped to its lowest levels in many years due to the ongoing pandemic. To curb the spread of coronavirus, the state had issued a strict 14-day quarantine for the tourists. This did not go down well with most people as they had to spend two weeks at the hotel without doing anything, and nobody wanted to enjoy their holidays in this manner. Many people who had earlier booked tickets cancelled them, and the region had the lacklustre business since the month of April. However, as the number of cases in Hawaii is under control, the state feels that this is the right time to open the region to tourism. However, they plan to do it in a safe manner so that everyone remains healthy, and the spread of the virus can be contained in the long run. All the tourists entering Hawaii will be tested before they come, and only those who test negative will be allowed to bypass the 14 day quarantine period. The state hopes that this move will attract more tourists in the next few months.

The results will be available in about 15 minutes when passengers take the rapid test, and they can take it from Abbott Labs at the airport on the day of their travel. In this way, the United Airlines will keep everyone safe during the journey as only those passengers who test negative will be allowed to board the aircraft. Apart from the rapid test, passengers also have the option of taking a mail-in test at their home before they travel. In such cases, they have to request the test kit at least ten days before they travel, and they have to submit the sample within 72 hours of their flight. As of now, the testing is available only for passengers coming to Hawaii from San Francisco, and it will be further expanded to other cities in the near future. They plan to include such tests at more destinations later this year, and this will attract more tourists to travel destinations.

Several airlines, along with trade groups are insisting the federal government establish a federal testing program and also issue a mask mandate for passengers. However, most major airlines in the US now have their own mask rules, and passengers have to follow them irrespective of the local guidelines. Airlines feel that such mandatory testing programs can boost international travel and make the environment safe for all the passengers. As the entire industry is facing slowdown since the pandemic started in the month of March, they are now trying to find solutions to attract passengers towards holiday destinations. The US Travel Association trade group applauded the efforts of United Airlines is leading the effort for testing, and this can inspire many others to follow similar methods. When the testing is done in an organized manner, it becomes easy to reopen travel destinations in a safe manner. This will give a good boost to the economy as travel contributes a decent share to the overall economy.

The federal government had also imposed a travel ban in March on passengers coming from the UK and other regions. As the number of cases in Europe is now under control, Airlines are requesting the government to take suitable measures to promote international tourism. They are suggesting that rampant testing can build confidence among international tourists about visiting holiday destinations, and this will keep everyone safe, including the local residents. In a similar move, German Airlines Lufthansa also said that it would implement on the spot Covid 19 testing for passengers boarding intercontinental flights. They plan to implement the practice from October, and it will be extended to other regions depending on approvals from the government. The travel industry also supports a host of other industries associated with tourism like hotels and restaurants. Most tourist destinations have suffered a lot as hotel bookings have vanished and the entire sector is reeling under severe losses.

The pandemic has caused a lot of fear among travelers, and most of them are not ready to travel unless the environment becomes completely safe. As there is no sign yet of any proven vaccine, it may take some more time before the tourism sector can get back on its feet. Most of the hotels in major cities have turned into quarantine centers for the government agencies, and this is providing them with some revenue to survive during this pandemic. Apart from that, the local residents also depend heavily on tourism in popular destinations like Hawaii. Given this situation, most people who depend on tourism for jobs are left without any earnings since the last six months. They hope that the reopening of travel routes to Hawaii will bring some relief in the next few months. As the year-end holiday season is nearing, tourist destinations are looking for ways to keep the passengers safe so that they will get the confidence to attend such travel hubs. Most people travel to Hawaii from nearby cities of the US, and the rapid testing facility will give them some confidence to get back to their vacations in the near future. Many other airlines are likely to take a cue from United Airlines and start such mandatory testing for passengers at airports.