The number of coronavirus cases is increasing at a rapid pace in recent days. The holiday weekend has led to this surge in cases as people are neglecting social distancing norms and not wearing masks in public places. Texas and Florida reported a high number of cases, and this is attributed to the holiday weekend in the United States.

The increased number of cases has not made the citizens worried but also troubled to the administration. Though the health department offers regular guidelines and people are also advised to follow them correctly, the number keeps on increasing. In different states, in the last few days, a huge surge is seen in the numbers of people who are corona positive. The experts have provided various researches to control the spread, yet we are much far from getting it controlled.

COVID Cases Surge Due To US Holiday Weekend

Healthcare officials have cautioned people to stay home and celebrate Independence Day as the risk of coronavirus spreading is very high in these holidays. On Saturday, the number of cases crossed 50000 for the third time in a row which is sending alarm bells all over the country. As of now, the country has a total number of 2.8 million cases. However, this number is minimal when compared to the actual numbers as the testing rate is not high enough, and asymptomatic cases are not properly tested in the United States. 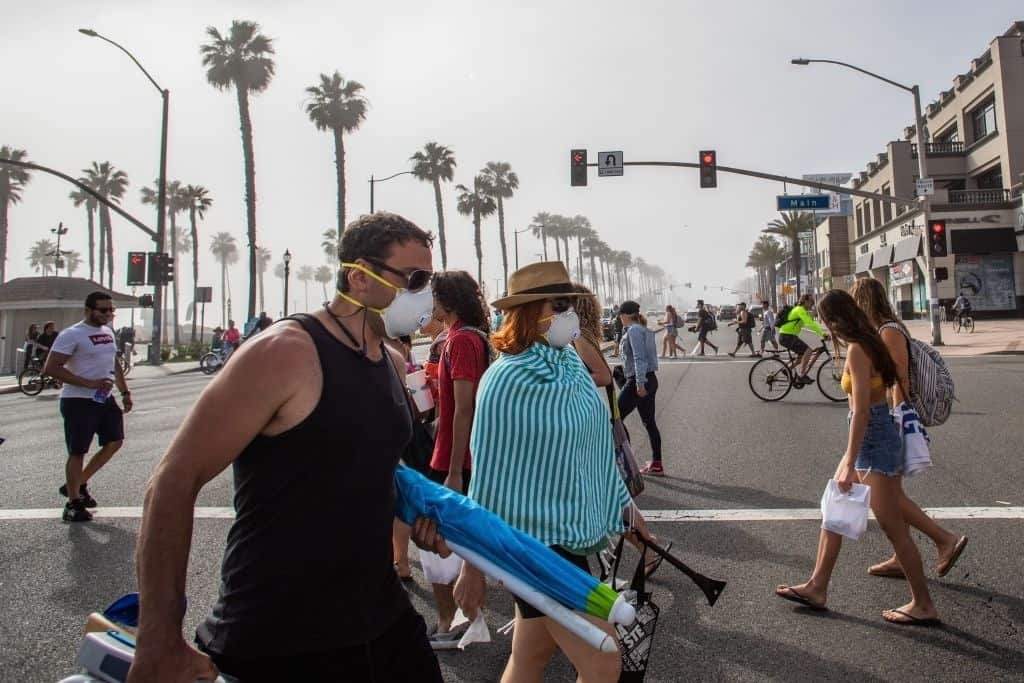 States reopening their economies is the main reason for this increase in numbers. The peak deaths occurred during mid of April when the United States saw around 2200 deaths per day. Even though cases are rising in recent weeks, it is still on the lower side in terms of mortality rate. This is due to advances in treatment and other factors.

According to the World Health Organization, the total number of cases around the world crossed 200000 marks recently and a quarter of it came from the United States. More than 60 percent of the cases came from Brazil, and the United States combined, which gives a clear picture of the spread of the pandemic in this region.

The holiday weekend is expected to increase the number of cases dramatically as people tend to organize parties in their backyards and gather in crowded places to watch the fireworks shows. However, some communities have canceled the activities on their own after getting a severe warning from healthcare officials.

Florida which has been a major hub for this pandemic reported more than 11000 cases on Saturday. Public gatherings were avoided, and bars were shut down across the state to curb the spread of coronavirus. Even beaches were closed during the weekend. All these small steps can play a big role in controlling the rapid spread of this virus.

The general public seems to be in a party mood as hundreds of people gather near beaches in California and other regions. Public health officials have asked people to stay home during the holiday season. Even then, you can see crowded spaces in almost all the beaches in this season. Even tourist operators are in no mood to listen to the authorities as they are seeing some business after many months.

Many tour operators believe that tourism is not the cause of the spike in the number of cases. They think that when people follow the rules and keep themselves healthy, tourism will not impact the growth of coronavirus cases. Considering all these factors, the California Gov. Gavin Newsom has ordered a three-week closure across the state, and bars and other avenues will not be opened to the public. Even beaches are not opened during the holiday season to discourage large gatherings in one place.

However, the President appears to be in no mood to slow down the party. A massive fireworks display is organized at Mount Rushmore and Washington to celebrate Independence Day. A consensus has to be reached among states and other agencies with regards to closing public places during the holiday season. This can curb the spread of the virus in many parts and make it easier for the healthcare authorities to handle the existing cases.

The number of cases is surging even in other countries like South Africa and India. Australia is again going for a lockdown to cut down the number of cases. In some countries, the way dead bodies of coronavirus patients are handled is terrible, and many questions are raised with regard to such violations. The authorities are also at risk while handling such things, and there is not enough staff in most countries to handle this crisis.

While the number of cases is slowing in China and other countries, it is taking an upward turn in India, Pakistan, Bangladesh, and other developing countries. India has crossed Russia in terms of several cases and now stands at the third place next to the United States and Brazil. The testing is not yet up to the mark in these countries, which means that the actual cases will be many times higher than the reported cases. Considering all these factors, governments are worried about controlling the public during this pandemic.

The healthcare officials in the United States have estimated that the country will get to see 100000 cases per day soon. This is alarming, and it can only be controlled when public places are shut for some more weeks. Along with that, the government should also encourage people to use masks as it can reduce the chances of infection spreading at a rapid pace.