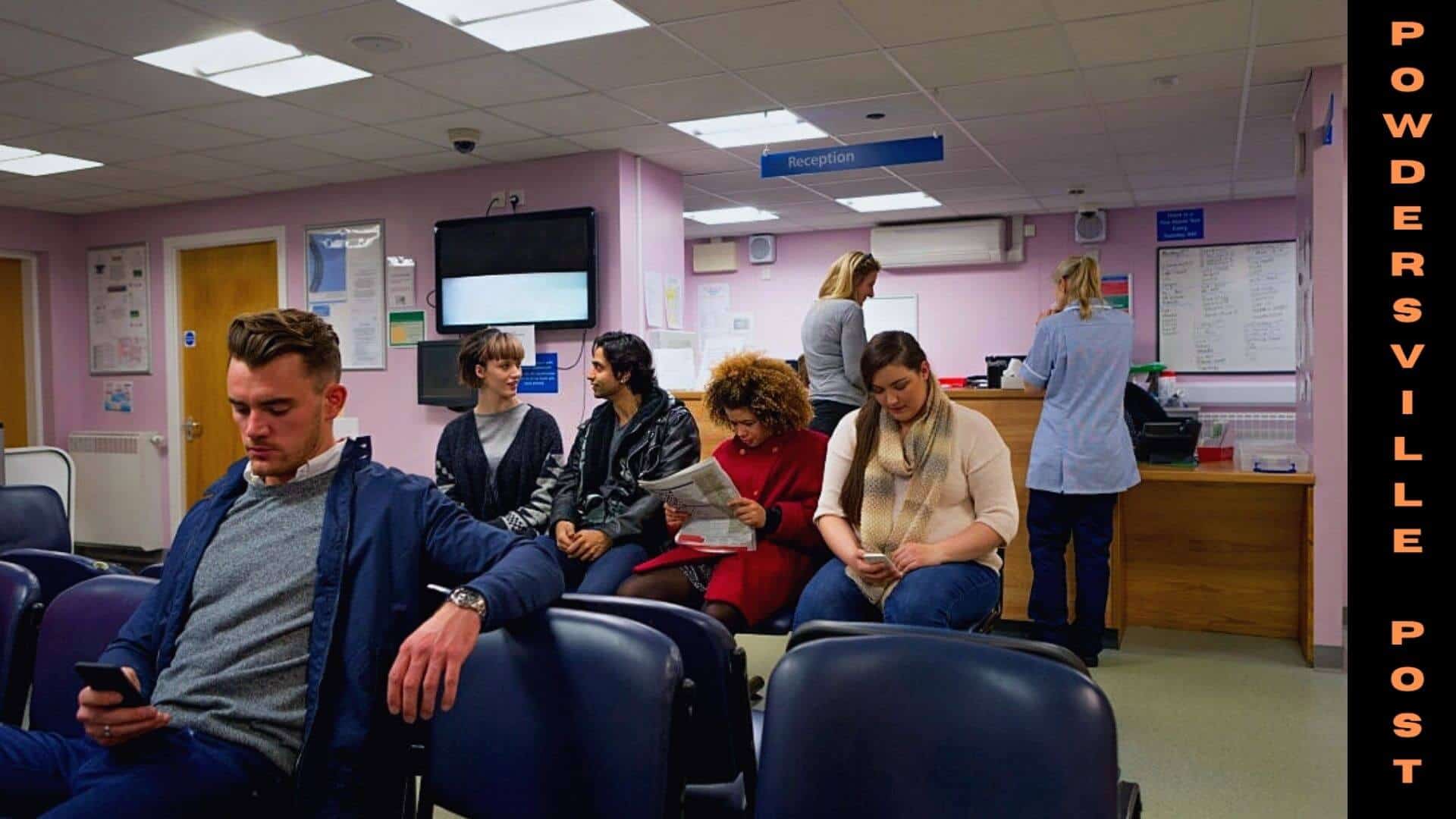 The dominant Omicron strain is now filling up almost every hospital bed of hospital. Amidst a shortage of hospital staff, the health care providers are unable to cater to all the patients who need attention, even many with serious health issues.

The non-Covid patients are waiting for hours to get noticed and attended to, as hospital beds remain occupied with Covid cases, but everyone seems to be patient enough and understanding of the prevailing situation.

This winter, the surge in the number of Omicron cases has left many hospitals running short of beds as more and more cases are getting admitted. Almost 144,000 hospitalization cases on an average were recorded as of Tuesday by the CDC.

Most of the states like New York and Connecticut had seen many cases in the earlier seasons, and now the numbers are in the waning stages. But many others are seeing a rise in the number of hospitalizations recently.

Many hospital staff are saying that most patients who are getting admissions are not that serious compared to last years, and most are there for other health implications, but later get positive results when tested for Covid.

Besides having space issues, many staff are also absent due to health problems caused by Covid infections. Almost 23% of the hospitals are seeing a decline in the number of staff nationwide.

Both the reasons for bed and staff shortages are causing a delay in the treatments of other ailments as doctors are busy handling the more serious Covid cases, keeping the lesser urgent cases for later.

As a result, patients requiring a cochlear transplant or steroid injections for rheumatoid arthritis had to wait longer than usual in the emergency rooms.

The CEO and President of the American Hospital Association, Rick Pollack, said that many non-Covid patients are getting neglected due to hospitalization problems because of the surge in Omicron cases.

Moreover, many serious patients with diabetic conditions or high blood pressures are unwilling or not able to visit the health sectors causing them to worsen over the period making them sicker.

As Dr. Claudia Fegan, the chief medical officer for Cook County Health, Chicago, had also mentioned, cases of heart or cancer that could have been detected earlier were identified in much later and serious stages, putting the patients under high life risks.

Patients suffering from clots in the lung were sent to Genesis Medical Center East in Davenport, where they had to wait for hours in the emergency rooms before getting prescribed for blood thinners as treatments.

A spokesman for Genesis, Craig Cooper, said that it is a problem that the whole nation is experiencing now because of the increase in the Omicron cases. However, he added that people should get their vaccines too.

We get to see similar pictures in hospital emergency rooms of some Los Angeles hospitals and Northwestern Medicine Kishwaukee Hospital in DeKalb, Illinois, where patients had to wait for long hours to get treated for ailments like blood disorder and intestinal bleedings respectively.

In some cases, patients could not get admissions in the ICU and monitors had to be arranged for in the rooms themselves. Christopher King, a spokesman for Northwestern Medicine also commented on the long waits of the patients but that they were helpless.

In spite of this situation, no patient seemed to be blaming the hospital staff or health care systems. All of them seemed to fully cooperate with the staff as it was understood that the staff are trying their best to look into the matters as soon as possible.

The waiting patients even appreciated the hard work of the doctors and other staff for doing their jobs well in taking care of their fellow citizens.