Scientists across the world are working hard to get the vaccine ready at the earliest. Just a few months back, when the virus was still a problem only with few countries, scientists were unaware of its name and behavior. However, as it started spreading rapidly since March, the race to the vaccine began almost in every country. 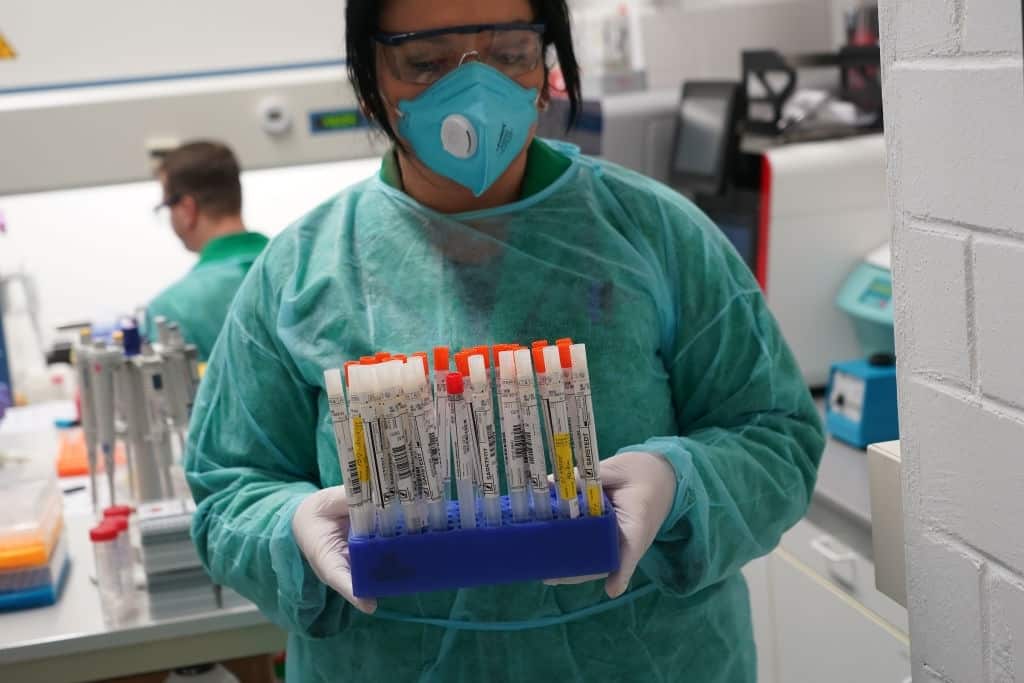 Several companies across the world are in the process of developing a vaccine, which is a good sign in the larger interest of the public. If everyone succeeds, it will provide enough options for people to choose a suitable vaccine. On the other hand, if none of them succeed, it would mean a long wait for another year or so before an appropriate remedy can be found to this pandemic. As different teams are in different stages of development of vaccines, the news about clinical trials have started coming, and some of them are encouraging.

Stephane Bancel of Moderna was interacting with investors and other people from the scientific community in January when the virus was still in its early stages. Along with Richard Hatchett, CEO of the coalition for epidemic preparedness innovations, and Jeremy Farrar, director of the Wellcome Trust, were getting the latest infection rates from China. Initially, what seemed like an unusual break of pneumonia in the tiny city of Wuhan got bigger than what everyone had anticipated in the beginning. The three of them understood the gravity of the situation even before it became a big problem. They realized that this would grow into a pandemic in the lines of Spanish flu and began working on the development of a vaccine for covid19.

In late January, Roger Connor, who was in regular talks with CEO of  GlaxoSmithKline, Emma Walmsley, said that he got hints about the pandemic while discussing the situation with the head of CEPI. They were already handling a crisis team for GSK that catered to affected employees in China. Connor wasted no time and began interacting with his team to be part of the vaccine development program as GSK was the biggest vaccine player in the world. The real pain started in the beginning of March, and Trump interacted with pharma companies about how soon they can come up with a vaccine for this pandemic. John Shiver of Sanofi said in that meeting that they could do it in a year, and it was difficult to predict the exact date.

Stanley Erck of Novavax pledged to begin the program sooner and informed them that they can enter a phase 1 trial by the month of June. Moderna claimed that they are ready to start anytime and waiting for clearance from the government. However, Anthony Fauci, director of the National Institute of Allergy and Infectious Diseases, cautioned that they are not having a vaccine that is ready to use but only a vaccine that is ready to go into testing. After the meeting, Trump interacted with the media and answered questions about vaccines being ready in four to five months. Trump said that he was sitting with the best pharma companies in the world, and he believed what they said and expected a vaccine in the next four to five months.

However, Dr. Fauci said that it is not an easy task to get a vaccine so early into the market, and someone should inform the President about the various steps involved in the development of a safe and effective vaccine. He said that companies might best go into the testing phase within this year, and the deployable vaccine is at least a year or one and a half years ahead. Towards the end of March, the first person had received the mRNA-1273 candidate vaccine developed by Moderna and the federal government. It employed a genetic messenger that instructed the cells in the body to create the signature protein of the virus. In this way, the body can recognize and fight the invader at a later stage. This approach is quick and innovative simultaneously, but it is yet to produce an approved product.

In this way, the first phase of human trials began in just 63 days after the publication of the genetic sequence of the virus. Fauci also claimed that this was a record indeed, and he had never seen anything go so fast in his career. Dr. Philip Dormitzer of Pfizer had earlier worked on the 2009 swine flu and the 2013 H7N9 flu, but he had never got a red carpet rolled out like this time. He said that he had got assurance from the CEO Albert Bourla to get any resource he may need in developing the vaccine. He said that normally they are used to working everything within a budget, but it is not the same this time as he even has access to helicopters and jets in case he needs to transport samples.

Dormitzer said that he was moved by the dedication of the 350 member team that showed up at the testing facility every day with masks and working endless hours to develop the vaccine that will be ready for human testing. Many executives of Pfizer were not sure about going into the development of vaccines as there is a risk of burning out their resources during the process if they fail in the future. Many companies have seen this in the past with SARS, MERS, Ebola, and flu kind of situations. Even though it is good in the larger interest of humanity that many people try to develop the vaccine, it can become a financial liability for the company that fails to develop the vaccine.

So far, most of the vaccine candidates that are in different phases of testing have shown good results. Even after this, many experts are suggesting that it may take close to a year before the safe and effective vaccine will be available in the market. Till then, people are hoping against hope that the pandemic will slow down in the next few months and bring some relief to their lives.