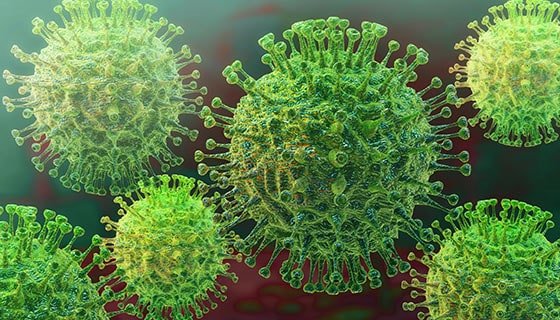 A modified variant of the delta strain of the virus emerges as more than 200 cases are recorded across the world.

The new variants are termed delta plus and have shown presence in countries like the USA, United Kingdom, and India.

A Slightly Altered Version Of The Delta Strain Of The Coronavirus, Delta Plus Emerges; Here’s What We Need To Know About It

The strain was first reported by a government agency of England called the Public Health England, in June.

However, the first cases caused by the new variant were detected in England around April, which indicates that the strain might have been in circulation since early spring.

As of now, more than 200 cases caused by the new variant have been recorded in almost 11 countries.

Health experts and scientists are analyzing the train trying to determine if the new variant is more infectious and aggressive compared to its former version, however it is still too early to assess the risk factor of the new strain.

How is the new strain different from its original counterpart:

Almost all variants of the virus carry certain cluster mutations, but the delta plus carries an extra mutation called the K417N.

This variation separates the delta plus from the original delta variant by affecting the spike protein, by virtue of which the virus attaches itself to the cell it infects.

However, the K417N mutation is not unique and has been observed in the past in many different virus lineages.

The mutation was earlier observed in few strains in Qatar in March 2020 and also in South Africa, in the beta strain that was detected in the previous fall season.

Experts believe that the mutation may induce immune escape in the virus causing it hard to treat, but its role in increasing or decreasing the transmissibility is not yet known.

What does mutation imply for the virus:

Viruses have the characteristic of carrying out continuous mutation. While some mutation makes the virus train more virulent and capable of infecting cells more aggressively, other mutation can promote enhanced replicating ability in the virus

There can also be a mutation that does not have any impact on the characteristic of the virus.

As of now there are 160 sequenced strains of the coronavirus available globally and there are also other variants of the same delta plus strain with other mutations, the recent AY.1 happens to be the most well-known at the moment.

The technical lead on Covid-19 of the World Health Organization, Maria Van Kerkhove states that research and analysis are ongoing to study the mutations and their impact on transmissibility, severity, and what it implies for the medical science.

Is delta plus more aggressive than delta variant:

Some studies have shown that the delta plus variant can cause more severe illness compared to the delta variant but how far is that impacted by the mutation is not yet known.

However, there is a worry among the experts that the mutation can induce vaccine escape in the new strain, in that case, it will become furthermore difficult to prevent among the population.

Other than the beta variant that carries the same K417N mutation, no other strain has spread so far in the world, and its frequency remains extremely low.

Kerkhove implies that the WHO is maintaining a watchful stance to track the severity and transmissibility of the new version of the virus.

As of now, 11 countries have reported the new version of the virus, and only those cases have been registered for which the virus was sequenced.

For further information on the variant, more data is needed, the most number of cases have been reported from the USA, United Kingdom, and India, with the USA recording and sequencing the highest number of cases, 83 as of June 23rd.

Other than these countries, a certain number of cases are also reported from Canada, Japan, Nepal, Poland, Portugal, Russia, Switzerland, and Turkey.