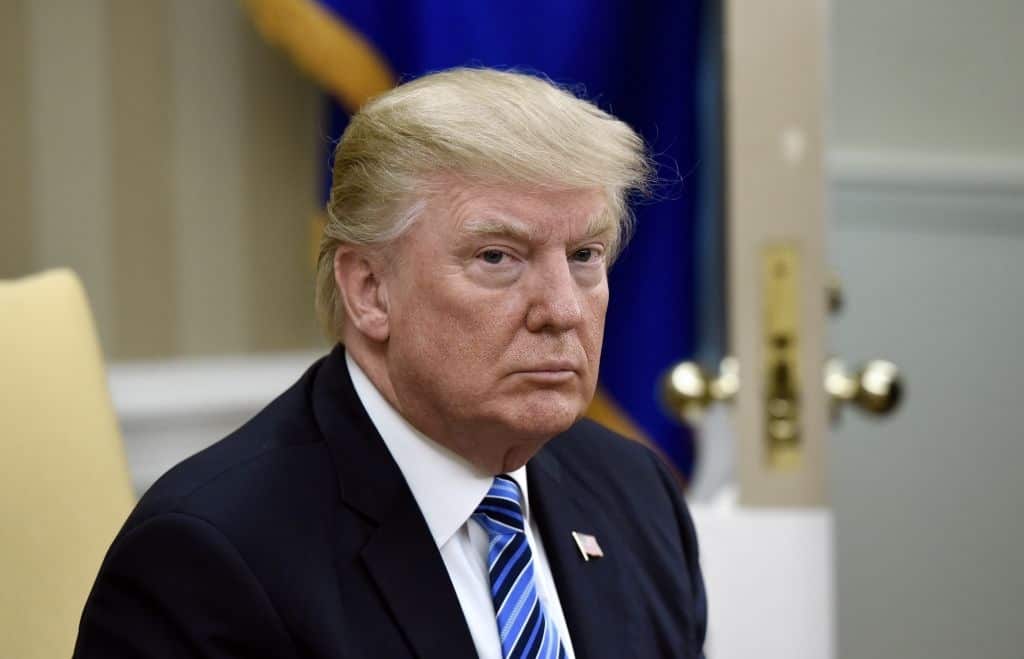 Talking about Biden, he said that Biden was not capable of running the country as he did not really believe in the country. Meanwhile, in Nevada, local officials blocked the plans of the campaign aides to hold some rallies as they violated the coronavirus health safety guidelines. The campaign aides had initially planned to host airport rallies in Reno and Las Vegas. However, the airport authorities declined to give permission as they cannot hold a 5000 person event during this pandemic. They informed the organizers of the rally that it was in violation of the state as well as local covid containment directives.

Supporters of Trump accused the airport authorities of denying permission due to political reasons. However, the airport authorities denied such claims. Officials at the McCarran International Airport near Las Vegas said that they did not receive the request for the campaign event in the first place. At Las Vegas, Trump is expected to host a roundtable discussion with Latino supporters. After that, he is expected to hold a meeting with rally supporters at a construction equipment manufacturing facility in Henderson. The Trump rally attracted a large number of people, even though it had a small venue. Some 5000 supporters attended the rally, and most of them were not wearing any masks. Social distancing was a distant dream as most people crowded in such a tiny venue. Trump made tall claims about the Nevada election system and said that the governor controlled millions of votes in the state.

He mentioned that the governor tried to prevent the rally and urged that he may even rig the elections as he is in charge of millions of ballots. Reacting to the statement, Sisolak said that it was not his decision to block the rally of Trump at the original venue. The decision was taken by the local authorities after consulting the state covid health guidelines. Nevada has around 1.7 million registered voters, and each voter will receive a mail-in ballot before the general election. Trump had tried to stop the efforts of the state to go for a mail-in election format as he thinks that this can lead to fraud votes, and outside agencies will be able to rig the elections when such mail-in votes are prescribed in a large scale.

Democrats in Nevada slammed Trump for his campaign events in spite of the state imposing strict public health guidelines to avoid large gatherings. Democratic Party Chair William McCurdy II said that Trump has been misleading the American people for many months on the coronavirus situation, and he now continues to endanger the lives of the common public by holding such in-person rallies. He also said that most of Trump’s rallies violate the White House’s own public health recommendations. It is interesting to note that George W Bush was the only Republican presidential candidate to win in Nevada in 2004, and no other Republican candidate has been able to pull it off since then. As Trump continues to trail in the numbers, he is targeting the Nevada campaign to boost his numbers to win a second term. In 2016, Trump lost the state to Clinton by just 2 percentage points. However, this time, Trump believes that he has an edge in Nevada as he has made inroads into the Latino dominated region.

According to polls, Trump is lagging behind Biden in both Nevada and Arizona by 4 percentage points. Considering the damage, the pandemic has done to the country, it would be interesting to see which way the elections turn in November. Trump has been accusing Biden of remaining silent on law and order issues across the country. However, Biden has accused Trump of inciting violence through his provoking speech. As the campaigns reach their last phase, both parties are quick to attack each other, and they have been doing it on every occasion. Not only that, the parties are also trying to take advantage of any event in the country for their political gains. On any given incident, one party is seen supporting it, and the other is seen opposing it. Amidst the pandemic, the elections are going to be an interesting thing in the next few months.

As the economy is badly hit with the ongoing pandemic, many people are expecting a clear mandate in the elections as this will help the lawmakers to bring in new stimulus packages that can revive the economy and provide some relief to millions of small businesses that are on the verge of shutdown. The lawmakers are not able to agree on another stimulus before the elections, and Americans have to wait for the election results before they can expect another round of stimulus to boost the economy. Even the markets are taking a wait and watch approach this time, and they are not excited about the outcome of the elections at this stage. Since the last few weeks, not much action is seen in the markets, and they are likely to remain sideways till the elections are over in November. Coming to job cuts, many economists feel that this is the worst America has seen in many years, and it will continue to hurt the economy for many more months.

The Black Lives Matter movement is yet another interesting thing that political observers are watching closely as the country goes to elections. The movement has literally divided the country, and many people are not happy with the remarks made by Trump about the incident that lead to the Black Lives Matter protests. This may have some impact on the elections, according to analysts.