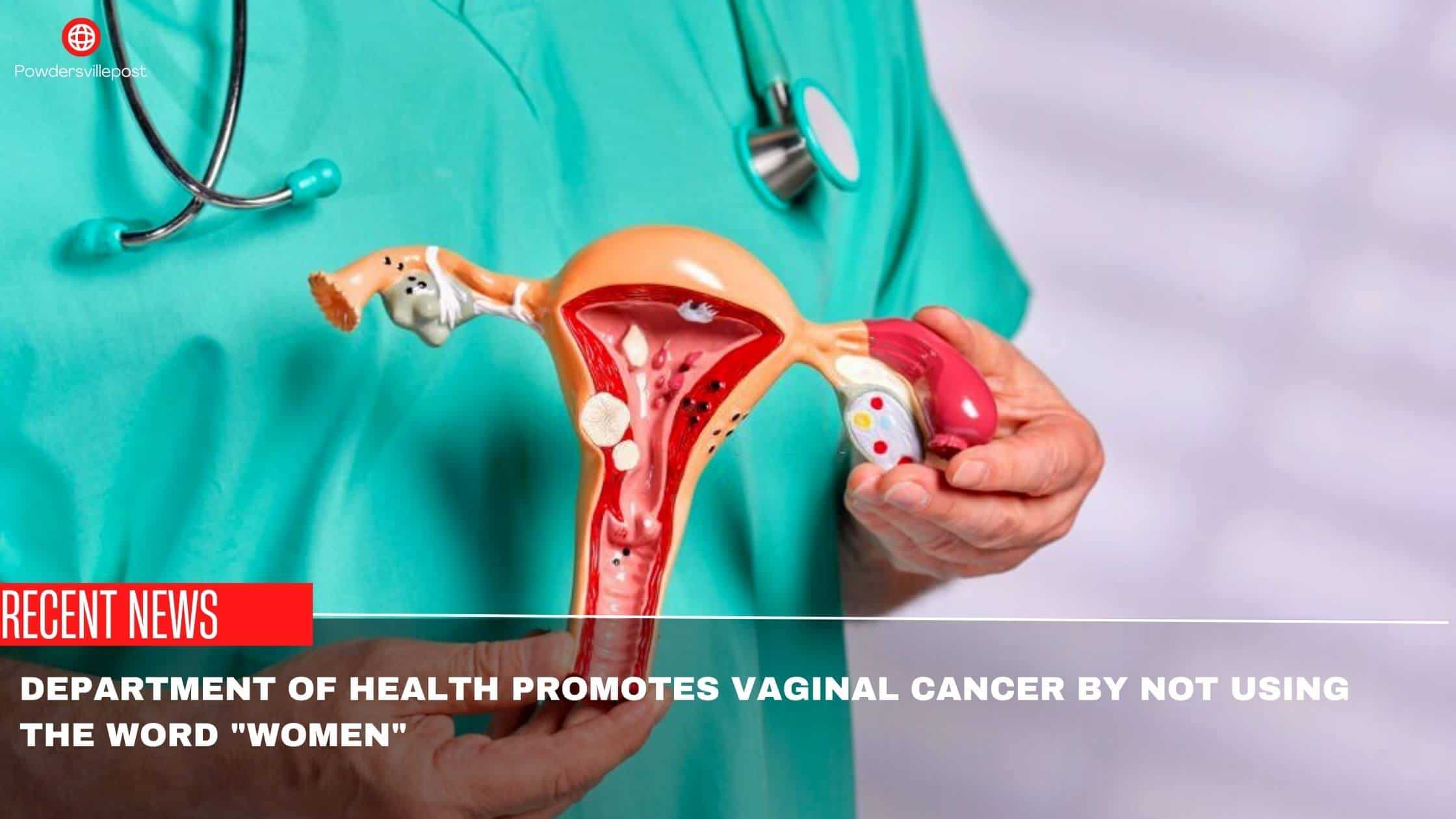 Over the last decade, there has been a huge development in every major field like health, technology, etc. And with such growth, people could enjoy healthier, happier, and improved lives. But, is this really happening? Is everyone around you happy and treated the same? No, not yet. Even now, there are vulnerable groups who are merely considered human beings. And women stand first on this list followed by children, elderly ones, disabled people, etc.

From early age itself, women are considered vulnerable and have faced hardships. They were treated as inferior to men and were not respected just like men. Even after ages and such developments, women are not treated the same as men.

Recently, the Department of Health has redesigned its website and made several changes which became a matter of discussion. This redesigning includes the use of some woke language that outraged many especially women.

As part of the health awareness month, the Department of Health has promoted news on vaginal cancer on its official page. The news was good and informative, but what raised an issue here was the removal of the word ‘women’ from the new ‘inclusive’ NHS vaginal cancer page. Not only the website of the health department, but even some other women’s health pages have done the same. These changes are put forward in spite of a pledge taken by ex-Health Sec Sajid Javid to rebound the change.

Even after the issue became severe, the Government is still promoting the page without using the word ‘women.’ Previously, the Twitter account of The Department of Health and Social Care has promoted the same even though they became gender neutral last year.

As of the reports, in November 2021, the page stated in an article, ‘Vaginal cancer is rare, particularly in women under 40.’ Whereas now, the overview of the site lacks this information fully and added several subtitles like symptoms to find more about the details.

With problems arising due to this redesigning of woke language that erased the term ‘women,’ Ex-Health Secretary Sajid Javid has pledged to change the gender-neutral language. But this issue hasn’t been considered even now by his successor, Thérèse Coffey who was appointed recently.

Some of the changes made on the page are as follows: ‘Ovarian cancer, or cancer of the ovaries, is one of the most common types of cancer in women. Ovarian cancer mainly affects women who have been through menopause (usually over the age of 50), but it can sometimes affect younger women.’ this was the one on the original page. It was changed later in January into ‘Anyone with ovaries can get ovarian cancer, but it mostly affects those over 50.’

NHS Digital is a page that handles health information webpages to provide health services to the public. According to them, the changes made by the Department of Health ensure comprehensive language that never excluded any group or category. A spokesperson for the NHS stated that the website provided the information needed for the whole population. He even added that the pages are reviewed continuously to ensure that the language used is inclusive, respectful, and relevant to the readers.

Not only NHS but even DHSC haven’t mentioned ‘women’ or ‘woman’ in the promotional post or the following image. When inquired whether the changes made aligned itself with NHS’s inclusive language policy, DHSC did not respond or replied. At the same time, the NHS pages that speak about men’s health like testicular cancer were not even redesigned or corrected with gender-neutral terminology.

After the redesigning of the women’s health page, several health experts have alerted the authorities to rebound the woke language changes as it could be dangerous for women since it can complicate health messaging. This woke language issue culminated in June when ex-Health Sec Sajid Javid pledged to fix the sensation.