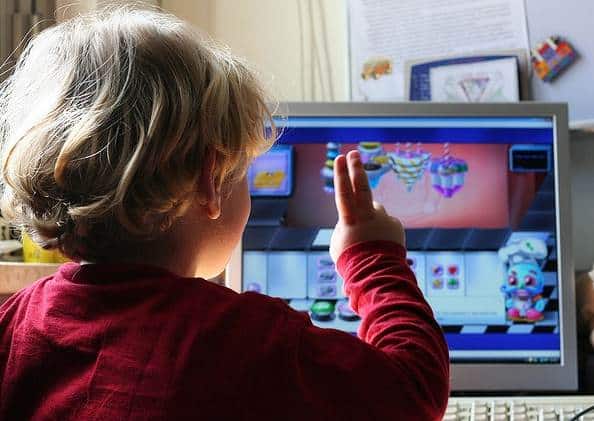 According to specialists, many children are emerging from the pandemic with eyesight impairments. They believe that increasing screen time is the key factor.

Eye experts report that they are noticing an increase in the number of youngsters, many of whom were enrolled in virtual school, with new and increasing prescriptions for myopia or near-sightedness. Myopia in youngsters was already on the rise before the epidemic, but some evidence shows that the last year has aggravated the problem. Doctors are also seeing an increase in occurrences of digital eyestrain among children.

When youngsters stare at devices or books for extended periods, the eye changes to accept a narrow focus, which may modify and stretch the structure of the eye, leading to myopia. Reduced outside time, on the other hand, may promote and aggravate myopia since individuals prefer to stare farther away when they are outside. Natural light and outdoor physical exercise may also have an impact. (Adults seldom experience considerable worsening of myopia since eye development normally stops after infancy.)

As per Julia A. Haller, ophthalmologist-in-chief at Wills Eye Hospital in Philadelphia, looking up close and not being outside has increased the prevalence of myopia. The pandemic has had a significant impact, she claims.

In a January study published in the journal JAMA Ophthalmology, Chinese researchers examined myopia rates in over 120,000 homebound children during the pandemic and discovered that the frequency in children aged 6 to 8 rose thrice compared to the preceding five years.

Doctors in the United States report comparable trends. Allison Babiuch, a pediatric ophthalmologist at the Cleveland Clinic, Ohio, reports that many of her patients have poor eyesight. Her patients’ prescriptions have increased significantly, she says.

Some youngsters are developing high myopia, which is defined as a prescription or refractive error of minus six diopters or higher. Children and adults who have high myopia are more likely to develop retinal holes or tears, as well as illnesses such as glaucoma and cataracts. Dr. Babiuch explains why she does not want individuals to have excessive myopia.

As per Dr. Babiuch, there are some therapies for children who look to be heading toward extreme myopia or have a family history of it, such as using special contact lenses, as well as an experimental therapy that involves low-dose dilating drops. It does not stop the growth of myopia, but it does slow it down, according to her.

Megan Collins, a pediatric ophthalmologist at the Johns Hopkins Wilmer Eye Institute, Baltimore, notes that the children she sees who have new or worse myopia are frequently those who attend virtual school.

As per one research cited by the Wall Street Journal, a poll of 110 adolescents aged 10 to 17 revealed that the majority acquired ‘acute eye complaints’ in 2020 despite having no vision difficulties before enrolling in an online school.

Eye pains, headaches, fuzzy vision, and forgetting one’s position while reading were among the symptoms. The report is currently being reviewed and will not be published until it is, but it speaks to wider tendencies.

He believes everyone is aware that the COVID epidemic also led to the myopia pandemic, said Dr. Jeffrey Cooper, a professor at the State University of New York College of Optometry, in an interview with Medscape.

Parents who want to help their children’s eyesight should urge them to spend more time outside.

According to one eye expert cited by the Journal, the 20/20/20 rule should be followed: take a 20-second break every 20 minutes of screen use by gazing 20 feet away.

As basic as it may sound, blinking more often can also assist. According to some studies, when gazing at a screen, people blink at half their regular pace; intentionally blinking more can assist prevent eyes from being strained or drying out.

While the decline in children’s vision over the last year is concerning, there may be hope for those youngsters who aren’t yet nearsighted.

Some eye damage may be reversible if children can spend a significant amount of time outside this summer, moving away from their screens and back to a more normal life.