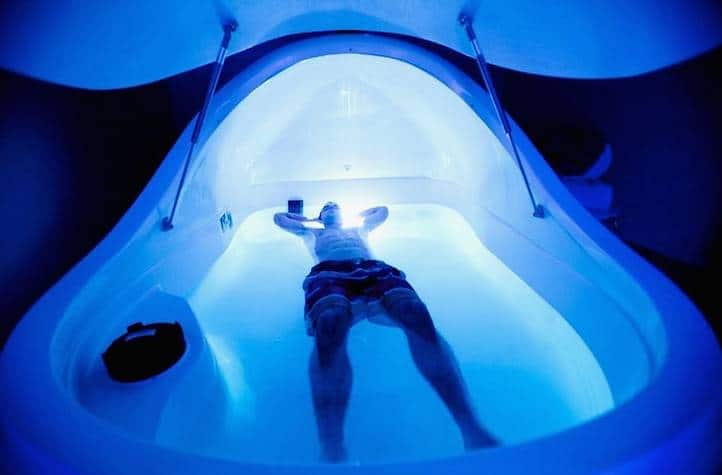 Chronic pain is associated with pain that can last longer than three to six months. In medicine, the difference between acute pain and chronic pain is based on the amount of time since the onset. Chronic pain may originate in any part of the body or the brain or spinal cord. It is often difficult to treat chronic pain, the epidemiological studies have found that 8% to 11.2% of people are widely affected by chronic pain in various countries. People with chronic pain tend to have higher depression rates, although the connections between these two conditions are not clear.

As per the reports of the research conducted, as a means of providing long-term relief to these chronic disorders and pain, floating tanks are more helpful than just holding water in them. As per the record, more than 100 people who were plagued by the long-lasting pain underwent the flotation restricted environmental stimulation therapy which is also known as REST, and the results were disappointing at least over the last term.

The treatment involves floating inside a soundproof, lightless tank filled with water that is heated to skin temperature. The goal of this treatment is to relieve stress, relaxation, boost sleep quality, and hopefully provide some measure of relief from chronic pain.

The researchers found that after three weeks of REST treatment, chronic pain relief elusive. The author of the research paper also mentioned that floatation-REST or simply floating is the practice of lying belly-up in a tank with warm water so salty that it makes you float. And he also mentioned the treatment REST was developed in 1970, but recently it has grown in popularity. One of the doctoral candidates in the somatosensory and autonomic therapy research institute for Neuroradiology at Hannover Medical School mentioned that even though the flotation-REST claims, its effectiveness has not been proven yet because it has not been reliably tested and REST treatment has never been compared to indistinguishable placebo control.

To test REST’s true potential, the study team focused on 99 adults who were going through chronic pain between 2018 to 2020 for six months. It is considered chronic pain only if it lasts for at least three months and it was estimated 20% of adults will experience such pain at some point in time. Among the 99 adults, one-third of them were assigned to undergo floatation-REST treatment while the other one-third of adults were assigned to undergo a placebo tank environment, which is similar to the REST treatment but with diminished water buoyancy and far less sound and light control. The remaining one-third of adults were asked to continue their pain control treatment at the study’s launch.

The flotation group underwent five sessions that lasted between 60 minutes to 90 minutes each for nearly three weeks, and the pain relief was assessed one week after the last session, as well as three and six months out. In the end, both the REST team and the placebo team reported significant short-term drops in pain intensity and anxiety and a reduction in the areas of their body affected by pain. But REST appeared to provide no appreciable effect when it came to the relief of chronic pain.

The researchers said no long-term effects on chronic pain were found, but there were short-term improvements in the relief. They also mentioned that these improvements were similar in the placebo treatments as well. Still, these might not be caused because of the sensory deprivation or effortless floating as previously thought. They explained that the participants showed high expectations towards the treatment, which can lead to the production of pain-relieving substances, like opioids, by the body. They also mentioned that participants experienced more relief than other treatment methods, and it is much recommended to people with such conditions.